Get Daily Email
Join/Login CLOSE
Home / Featured Content / You’re So Sweet: What to Say When Reacting to Your Partner’s Annoying Habits 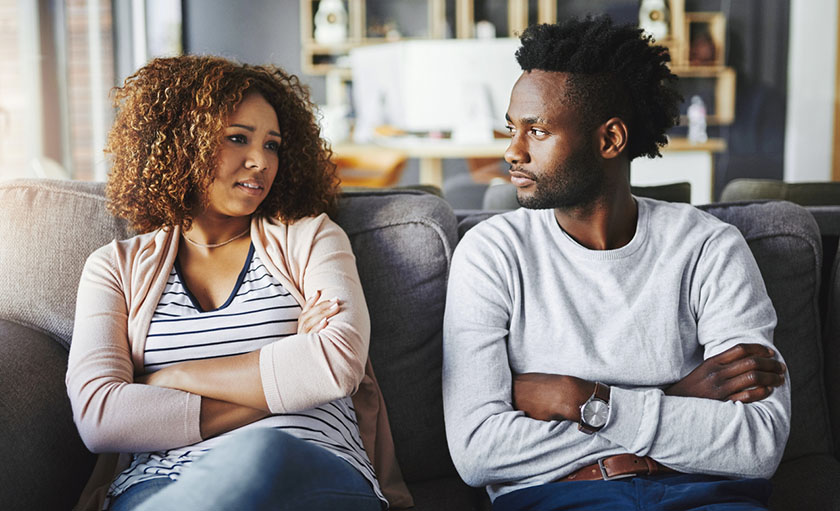 An accidental statement becomes a way out of old habitual ways of interacting. How sweet it is!

Hello relationship fans. My partner and I recently discovered a new way of interacting when one of us is either doing something annoying, complaining, or unreasonably giving the other person a hard time.

Normally in this situation, I would get defensive, attack, make her wrong, or stare in silence and count to ten.

Fortunately, we have discovered something way more fun that instantly catapults us out of our reactivity. So far, it has worked every time.

“You’re so sweet.” That’s it. This one little phrase has lightened up our relationship and produced laughter where before was upset and hurt feelings.

For example, when my wife is getting intense about what she wants me to do, I say, “You’re so sweet.” At that moment magic occurs, for both of us.

Before going further I want to mention two caveats. Originally, the phrase we used was “You’re so cute.” However, my wife does not like to be called cute, so we switched cute to sweet. Make sure you and your partner are in agreement on this.

The second caveat is that the phrase must not be spoken in a scornful or caustic manner. It can be said in a playful but not a cynical way. Eventually, you may actually believe the behavior to be cute or sweet, but not likely at first.

Interestingly, my wife now has no problem with the word cute. I suspect that raising her concerns (negative associations with that word) and having them validated, and then seeing the positive effects with the overall concept, opened her up to re-claiming the word, “cute.”

Back to the magic. In the beginning, saying “you’re so sweet” when your partner is being irritating can be difficult and not putting a negative spin on those words can be challenging.

However, because you and your partner have agreed to the game, something happens and fun creeps into the process. When saying “You’re so sweet,” it is hard not to have a smile on your face, a glint in your eye, and a light tone in your voice.

It’s hard to keep a straight face. When we did this the first time, something fascinating happened. I felt my reaction to whatever it was she was doing dissipate instantly, and a rush of love now occupied that space where irritation was lurking. I was able to laugh at my own reactivity and negative judgments.

When on the receiving end of this phrase, I am faced with the paradoxical nature of her response to whatever it is I am saying or doing. All of a sudden, my issue is not seen as a personality defect, but as a sweet aspect of my uniqueness.

By being called sweet when I least expect it, my defenses are disarmed. I am not perfect and now I don’t have to be. Indeed, it opens me up to examine my behavior from a place of openness and humor.

This does not mean that issues are ignored, just that a potentially negative or destructive way of engaging is blunted before it gains traction.

This approach also relieves me of the need to have my wife be or act in a certain way. When she responds to a situation in an aggravating or reactive manner – I don’t respond in kind.

I gently respond with, “That’s so sweet.” There is a pause, we look at each other, and then smiles emerge and the tension is broken. It works every time. Actually, that’s not totally true.

There was one time when I did not want to come out of my mood, but I at least saw it for what it was because she did not react to me and the phrase assisted me to become conscious of my resistance to state change.

The phrase, whether given or received, acts as a cue to:

“You’re so sweet” is such a small phrase, yet it has produced big results in how we enjoy each other. Try it, you might like it.

FacebookTweetPinEmailShares112
wpDiscuz
0
0
Would love your thoughts, please comment.x
()
x
| Reply
Share this ArticleLike this article? Email it to a friend!
Email sent!