Get Daily Email
Join/Login CLOSE
Home / racism / If You’re a White Man, I’m Afraid of You

Shawna Ainsile is afraid of white men. But she’s discovered that they can be allies.

As far back as I can remember, my life has been littered with angry white men who stood in my way. They had their reasons: I was too female, too brown, too Muslim White men stood in my way and they were ugly about it. They were school administrators, police officers, teachers, neighbors and peers. Sometimes they were friends who thought they could save me. They never asked if I needed saving. They just assumed.
White men still get in my way. I expect them to. And I expect it to hurt. I shrink in their shadows. I cautiously play stupid even with men who clearly have nowhere near my education or natural capacity for critical thinking. I pretend I know nothing about what they mansplain to me when I often know as much or more, even when the topic at hand is their profession. Because I do my research.
I do my research because sometimes I will have to drop the charade, but before I do I check my clothes, apply my makeup and cast my eyes down to stay safe. Men are more likely to give me what I need–whether it’s a correctly repaired vehicle or passage on the sidewalk–if they find me pretty and unintelligent. Men are less likely to verbally degrade me if they don’t know my cultural or religious upbringing. So I play quiet and I play white. Unless they have an Arab woman fetish, and they often do. Then I play simple and repeatedly decline their advances as politely as possible.
It’s not just words I’m afraid of. White men are the most violent. They have hurt my body more than any other type of man I have known. White men have cornered me when they realized I was turning them down.
So when I meet a white man, even online, I lay low and keep up my guard until I know more. I am careful to stand in open spaces. To never get caught with my back to a wall. To occupy the exit when possible. To never let myself be surrounded even when I need to awkwardly maneuver white men closer to each other and myself farther away.
I am afraid of white men because when they do hurt me they don’t even know they are doing it. They are so entrenched in their own privilege they believe they are doing me a favor, saving me, bringing me up in the world, and owed something.
No.
I am capable and courageous, but I am also cautious because experience has taught me it is necessary. My fear is based in repeated affirmation of the reason for its reality.
Then the blog Straight White Man popped up on my radar. I clicked through expecting to X out the window immediately. It was the title that pulled me in. I was sure it was just another white man reveling in his privilege. A ghastly, self-aggrandizing fool making WordPress his pulpit from which he would keep the Other down.
Imagine my surprise when I read the writer’s mission was “sharing thoughts and listening to different voices to learn more about the world and himself,” and when I dipped into his collection of posts to discover he is an ally.
I began connecting with Drew Sheldon through #LinkYourLife on Facebook and Twitter every Friday. Then via direct message and email. Then in person. He attended one of my writing retreats where the atmosphere is by necessity very vulnerable. Where I open my heart in order to help attendees put theirs on the page. I was vulnerable. And I wasn’t afraid.
I am not afraid of Drew because he is honest and humble. When he makes a mistake he apologizes and works to learn how not to make it again. I have rarely seen this before. I am still confused by it. But I know he’s for real. I hope more men choose to seek change for the world starting with themselves. It would be so easy for Drew to fall back on his privilege instead of trying, but he tries every day, and he is remarkable.
If you want to be a safe white man, take note:
Be honest.
Apologize when you’re wrong.
Ask how to make it right.
Put the answer into practice.
And read more of Drew [swmseeks.wordpress.com]. He’s not perfect, and he knows it. That’s the whole point. He may have been born with the ultimate privilege of being straight, white and male, but he recognizes it and refuses to allow his privilege hold another person down.

Shawna Ayoub Ainslie is a writing coach and essayist who writes on issues of race, place and survivorship at The Honeyed Quill [honeyquill.com]. Her work has recently appeared in The Huffington Post, The Manifest-Station, Medium, Art Saves Lives International and Role Reboot. She is the editor-in-chief and co-founder of Open Thought Vortex, an online magazine for everyone, and is currently fundraising for her son’s psychiatric service dog [gofundme.com/ainslieservicedog].

Speak your mind unless you disagree?

It takes a lot of courage to speak your truth here. I admire that.

Be honest. Apologize when you’re wrong. Ask how to make it right. Put the answer into practice. I do these things because I believe that those actions improve me. That they might make the world a slightly better place for those around me. That perhaps, those small actions might one day accumulate into something significant. But the idea of doing these things not because they are right, but in order to assuage the fear and suspicion directed at me from someone I’ve never met, let alone wronged… I’m not certain that I wouldn’t rather remain terrifying. A pale fiend, with… Read more »

The tragedy of this piece is that Ms. Ainslie seems to believe white men will want to pass her subjective “safe white man” test. But in setting forth the test, Ms. Ainslie has made clear that she is incredibly prejudiced against white men. What’s more, she seems perversely proud of her prejudice. And why would I, as a white man, ever want to impress someone who is so clearly bigoted? So her message misses the mark and is unlikely to galvanize as she likely wishes.

Perhaps if she led by example Ms. Ainslie would get a better result.

I myself am a disembodied series of alphanumeric roman characters on an electronic medium; hopefully neither offending, disconcerting, nor displeasing. In any case, the sharing & insight is much appreciated, even though I may not be as forthcoming.

“White men are the most violent.” If we say it enough…. wait. Its still not true. Does anyone around here want to “eat these stereotypes for lunch?”

My wife, has a profoundly different experience than you do. She has found if she wants something done right she has been far more successful when she is assertive, intelligent and exhibiting her natural leadership ability. She’s a pretty badass person; nice internal locus of control, inspires followership, and knows how to make things happen.

By the way, in case you haven’t guessed it, I’m a white guy. Boo! 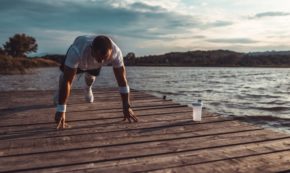 Facebook14TweetPinEmailShares14
wpDiscuz
7
0
Would love your thoughts, please comment.x
()
x
| Reply
Share this ArticleLike this article? Email it to a friend!
Email sent!