In this recent Jezebel article, Hugo Schwyzer discusses the insult “creep” and MRA backlash against “creep-shaming.” All quotes below are from Schwyzer’s article. Schwyzer claims that men dislike “creep” more than most insults because “[‘creep’] isn’t rooted in misogyny,” and, instead, names “how [a man] makes women feel.” It “forces men to reflect carefully about how they make women feel,” and they just can’t handle that.

I think there are plenty of holes in Mr. Schwyzer’s argument, including the fact that “asshole” isn’t misogynist and is, at worst, possibly anti-gay, and “dick” isn’t misogynist at all, but remains offensive. Instead of picking Schwyzer’s reasoning apart, though, I’m going to focus on refuting core ideas.

Thesis: Actually, there are lots of flaws with the word “creep” and I don’t think that men merely hate it just because they don’t like being forced to reflect on how they make women feel.

Briefly, I’d like to mention that I don’t think, as some folks do, that “creep” is anything like the male equivalent of “slut.” It’s true that both demonize sexual conduct, but I think this is in the same way that “tool” and “asshole” both demonize social conduct. That’s where the similarities end. Fundamentally, they’re different words that mean different things. “Slut” says “your sexual conduct is wrong, bad, or somehow disgraceful,” and “creep” says “your sexual conduct violates my boundaries.” I think that a comparison that finds them equivalent is a pretty shallow one.

Anyway: Schwyzer makes the claim that “calling a dude ‘creepy’ labels him as a potential threat; a creep may not be imminently violent, but there’s almost always a sense that he shows consistent disregard for a woman’s physical or psychological space.” I pretty much agree with this definition of “creep,” but I also think that this is where problems arise.

Here’s a blanket statement: no two people have identical boundaries and that is both totally fine and a fact of the matter. What’s okay for me is probably not okay for you and what’s okay for me in certain situations isn’t okay for me in others. The same is probably true for you. And this makes the definition of “creep” incredibly, necessarily subjective. Furthermore, “creep” covers, without making any distinctions or concessions to specificity, a very wide range of behaviors.

What warrants the label “creep” is almost always going to be subjective. The term means an absurdly wide range of things encompassing everything from flatly criminal, legitimately awful, and morally wrong behavior, to completely and sincerely respectful acts that were taken the wrong way. And, when you call someone a “creep” without explaining what they did, this can mean literally any of these things and can be taken, by the listener, to mean any of these things. It’s term that potentially carries some very, very serious accusations with it.

Furthermore, bear in mind that someone can be called a “creep” for hearsay, or for their reputation. Whatever reason someone has to call someone else a “creep” may be rooted in fact. Sometimes, folks throw “creep” around damn casually, too. This is another way in which it’s tempting to compare “creep” to “slut.” It slurs a person’s reputation and casts suspicion on their motives and actions.

Which brings us to the next point: “Creep” is a tough insult because it’s difficult or impossible to refute. Indeed, as Mr. Schwyzer notes, “[m]ost men recognize (or eventually learn) that the harder they try to deny their creepiness, the creepier they appear.” Here’s another place where Mr. Schwyzer does me a favor and effectively makes a statement that supports my point. “Creep” is difficult or impossible to refute and contains some extremely serious and damaging accusations, which may be unfounded or merely miscommunications.

Finally, let’s also mention that the discourse around “creep” and “creep-shaming” is actually pretty inherently problematic because people who violate boundaries ought to be watched out for and not all of them are men. Non-males violate boundaries, too. Sometimes non-males are rapists or actually harm others. If only men are called “creeps,” this makes it much more difficult to notice or call out non-male sexual predation. Furthermore, if we construct only women as the victims of “creepiness,” we erase non-female victims. This is a serious problem, too. Let’s avoid doing this, shall we? Please?

It is imperative that we do not unjustly and uniformly demonize men while consistently assigning women the role of victim. It is imperative that we communicate as carefully and clearly as possible because language is dangerous and can have devastating real-life effects. It is imperative that our words do not protect predators or hide victims. I think that naming and being able to name those that violate boundaries or make us uncomfortable is important, vital even. I just think that the word “creep” maybe shouldn’t be that name. At worst, I think it should be jettisoned for its lack of clarity and gendered baggage. At best, it needs to adjusted so it’s clearer and encompasses all creeps.

This is our first blog post on Gen!Der!Fight!, so we’ve gone all in. We’ve both responded to hilariously easy target Hugo fucking Schwyzer and advocated a controversial position, actually agreeing with MRAs that “creep” is a problematic word, and disagreeing with other feminists. Whee! Viva la Gen!Der!Fight!

UPDATE(S): Thanks to readers M and S for pointing out flaws in my wording and clarity. I appreciate your help, please keep doing it. You’re already helping to make Gen!Der!Fight! a better place. I hope the changes both better reflect what I wanted to say and keep you comfortable. <3

Olivia Davis is a thinkbeast who can't stop herself. She loves media criticism, gender-yelling and carotid occlusion. Reach her at [email protected] or genderfight.twitter.com.

Weird, I never saw this article before. The problem I have with the creep label is that I COMMONLY hear women saying that guy LOOKS creepy, not acts creepy, but LOOKS creepy. They make a judgment on his glasses, his clothes, and assume he’s a creep. It’s acceptable to hear a woman say she feels someone is acting creepy when they touch her n what not, but to say it off her biased judgment of his looks? White balding men with “pedo glasses” (movies made this stereotype popular) end up being called creepy for nothing else than their looks. It’s… Read more » 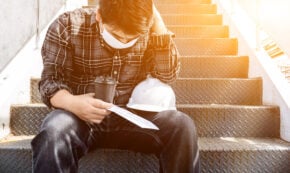 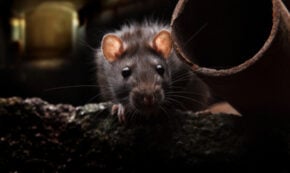 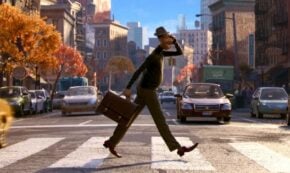 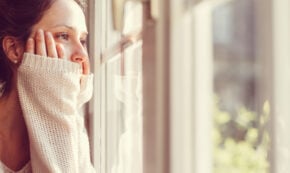 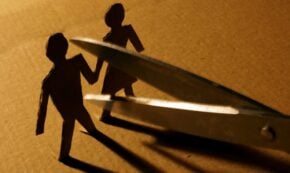