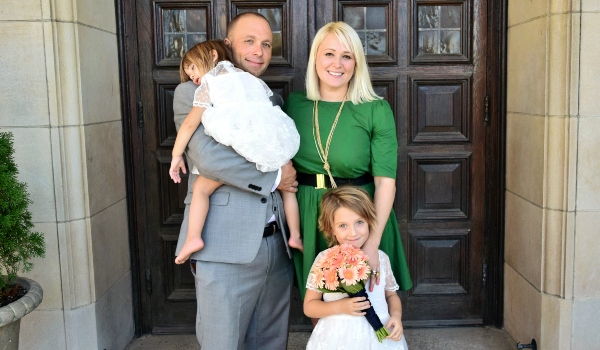 How do families support healthy psychological adjustment and gender development for their children? Is family structure the crucial factor – that is, parents’ gender, number, their sexual orientation and genetic connection to the children? What role is also played by family processes – the quality of relationships in the family, such as warmth, levels of interaction, openness of communication and methods of discipline?

For a long time, people believed that family structure enjoyed over-riding importance, the gold standard being the traditional two-parent family with married heterosexual mum and dad, biologically related to their children. So “non-traditional” variants of this family structure, be they, for example, single-parent families or stepfamilies, took second place, at best.

More recent variations, known as “new family forms”, involving same-sex parents and families created by assisted reproductive technologies, have also experienced stigma. However, research on these more modern variants not only supports their value but seriously questions the once accepted primacy of the traditional family structure.

“The evidence suggests that the presence of fathers in children’s lives is not ‘per se’ essential. More controversially, children can, it seems, do fine without a mum.”

This research on new family forms gathered over the last 35 years has shown that children in these families do just as well as children raised in traditional families. The evidence also reveals that boys are no less masculine in terms of identity and behaviour, and girls are no less feminine, when they grow up with parents of a single or the same gender.

To some, these findings will hardly be surprising. Children in these new family forms are typically very wanted children with committed and involved parents. They are not born casually. These parents have often gone to great lengths to have children, requiring complicated fertility treatment or the surmounting of considerable prejudice. Many gay fathers have said they never dreamed that the day would come when they would be parents. Some studies find more positive relationships in these family forms even than in traditional families.

I am not saying that children in new family forms always flourish. The research simply shows that they are just as likely to do well or have problems as children in traditional families, depending on factors such as the quality of parenting, the children’s own personal characteristics and, importantly, the social environment in which they are raised. That includes society’s attitudes towards the family. So prejudice and stigmatisation can harm these children – even though there is actually nothing in their families per se that puts them at risk.

What about the number of parents? Is that significant in children’s psychological development? Take single-mother families as an example. Research on the psychological adjustment of children in such families shows that children are more at risk of psychological problems than are their counterparts from homes where the father is present. This is true of single-mother families formed by divorce as well as those headed by unmarried single mothers. However, this difference is largely accounted for by factors that often accompany single parenthood, such as economic hardship, maternal depression and lack of social support, as well as factors that came before the transition to a single-parent home, such as parental conflict. When we control for these factors, differences in psychological adjustment between children with and without fathers largely disappear.

The evidence suggests, therefore, that the presence of fathers in children’s lives is not essential per se. What about mothers? Our findings lead to the controversial conclusion that the presence of a female parent is not essential for children’s well-being or their development of sex-typed behaviour. What’s the evidence? Although only a small number of studies have been conducted, the available findings show no evidence of raised levels of child adjustment problems or atypical gender development between children with two-parent gay father families and children from either two-parent lesbian or two-parent heterosexual homes. Children can, it seems, do fine without a mum.

These findings challenge widely held theories of child development. They question the importance of the traditional family in providing boys with fathers and girls with mothers on whom to model their behaviour. Most controversially, perhaps, the emerging research on father-headed families challenges the centrality of the mother.

Research on new family forms contradicts conventional wisdoms and prejudice, confirming what many parents in those families have long known – the kids are typically doing fine.