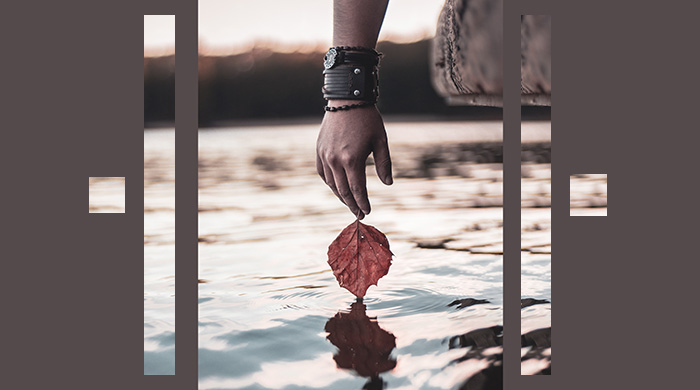 What Problem Are You Solving?

Organizations across industries face the same challenges. They range from how to recruit and retain high level talent, make full use of talent, plus how to ensure healthy internal team relationships and communication. The issue is generally framed as a how problem to be solved. I would offer, with whom can we accomplish this? is a better question.

We are in an era where patriarchal leadership is dying a slow death, making room for diversity and inclusion efforts to focus on the advancement of women and underrepresented groups, companies are beginning to realize that they’ve excluded an abundant resource from their cultural strategy: the men.

Organizations will be well served by adding intention, and specific attention to healthy masculinity as part of a cultural strategy. For organizations to be successful in creating a culture where everyone feels like they can show up to work with their whole self, the old model of patriarchal leadership isn’t the answer. Bro culture antics, fraught with toxic masculinity and unconscious leadership has to be abandoned. The men throughout organizations can choose a different approach. Detoxing masculine culture isn’t women’s work and should not burden the oppressed.The benefits of a conscious pivot are company wide.

Healthy Masculinity Must be Embraced as a Cornerstone of Leadership

Healthy masculinity requires a conscious partnership of the head and heart. It requires men in leadership who are willing to be self reflective and to have an awareness of self. It’s key that male leaders know how their masculinity plays out in the overall culture.

Along with a perspective on their inner state, male leaders must be willing to understand the awareness of the levels of toxicity present in their culture. This requires that male leaders understand and own their biases and privilege while trying to support critical inroads for women and underrepresented groups. My gender partnership work has revealed that women and underrepresented groups benefit when leaders are open to feedback, and encourage these steps in the spirit of allyship with men.

Men in leadership roles must have emotional maturity. A conscious relationship with your emotions will allow you to respond as opposed to react. Finding strength in your vulnerability will actually engender trust among those around you. Your empathy and compassion, both for yourself and others are key ingredients to healthy masculine leadership.

The value of male leadership embracing healthy masculinity is multi-faceted. Men in middle management, as well as individual contributors have a model for a new way of being. Seeing men at the top embody these qualities gives talent permission to do the same.

As a result, women and underrepresented groups can begin to feel safe. The ripple effect of psychic safety encourages everyone to bring their “A” game. Once the tone is set, it creates an enviable place to work, supporting the work to attract and retain top talent.
The win for men is that they are part of the solution as opposed to part of the problem. They are open to enjoying effective partnerships with women and underrepresented groups, plus the health effects improve their lives at home and in their communities, allowing them to pave the way for the future of men as healthy masculine role models.

Next Steps for Talent to Begin Detoxing Culture

If you are a man in leadership, I invite you to consider the following:

If you are a woman in leadership, I invite you to consider the following steps to support healthy masculine leadership:

If you are a decision maker in an organization:

To support the men in your organization and engaging them as allies, bring your team as delegation to the Better Man Conference.

Photo by Brennan Martinez on Unsplash 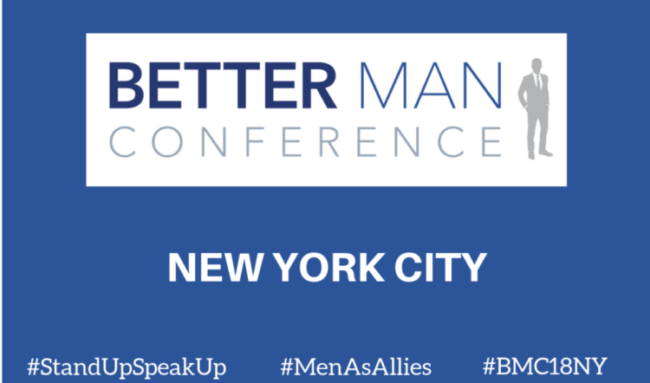 Join us for the Better Man Conference in New York

We are excited to bring the Better Man Conference to New York- November 6 at the iconic Hearst Tower. Our SF event October 26 enjoyed a phenomenal turnout with hundreds of men and women showing up as allies in creating an inclusive culture. Read the “open source” notes from one attendee here…

We’ve formatted the NY agenda to accommodate multiple experiential workshops that will ensure everyone leaves with resources, support, and community.

If you can’t join us on location– join the conversation online!

We’re looking forward to a great event in New York, hosted by iCrossing and the Inclusionary Leadership Group.
~ The Better Man Conference Team

Ray Arata delivers or has delivered inclusionary leadership and gender partnership keynote talks to audiences featuring corporate leadership from organizations such as Visa, Microsoft, ebay, Intel, Hewlett Packard Enterprise, Kaiser Permanente, PwC, PG&E, Genentech, Chevron, GoDaddy and more. He's the Founder of the Better Man Conference, a one-day event providing resources, support and community for engaging men as allies for creating inclusive culture in organizations and Co-Founder of the Inclusionary Leadership Group which is an organizational culture consulting and training company focused on helping leaders engage every single person on their staff to their fullest potential through equality and gender partnership- to create a true meritocracy built around an individual's contribution to the team and ultimately to the organization.

Facebook27TweetPinEmailShares27
wpDiscuz
0
0
Would love your thoughts, please comment.x
()
x
| Reply
Share this ArticleLike this article? Email it to a friend!
Email sent!