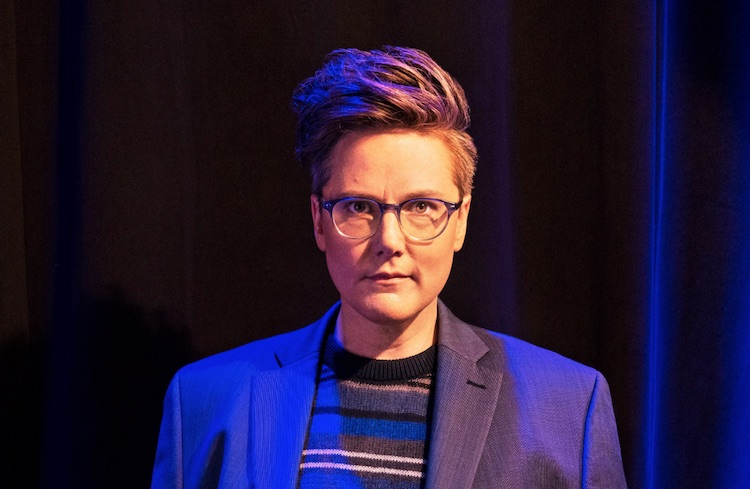 Welcome to GQ’s New Masculinity issue, an exploration of the ways that traditional notions of masculinity are being challenged, overturned, and evolved.

I’m happy to see the issue addressed head-on, that we at The Good Men Project have been talking about for years. Welcome to the campfire on masculinity and how men should behave but often don’t. There are a few things I’d like to outline at the outset here before we dig in.

As an evolving male in this day and age, who has put a lot of time in defining and refining what it means to be a man, I feel I have a place around the campfire. I’ve been building campfires for men for over twenty years, when I helped found and publish the first national magazine about masculinity, MAN! Magazine, with writer and mentor, John Herald Lee, counselor and mentor, Dan Jones, and dear friend, poet, and writer, Lyman Grant. We’ve been having hard conversations about what it means to be a man. We’ve had campfires, vision quests, retreats, and hard lessons along our paths to becoming more responsible and conscious men.

Enough with the preamble, let’s begin.

Here’s the seminal message from the first article on GQ, interestingly written by a woman, and standup comedian, Hannah Gadsby.

“So perhaps it’s time for you, the men, to be more ladylike. How about you scale back on your confidence? How about you try not to act in every situation? What if you tried to refrain from sharing your opinions or co-opting other people’s ideas? How about yielding to people walking in the opposite direction? Or even just attempting to see them?

How about you try pretending that you’re the least powerful person in any room, and that no matter how hard you work you’ll never be the most powerful. Walk around like that for a couple weeks. And then call your mother.”

Okay, fair enough, everyone can have their own opinion. Some of the points here are well taken, and some harken back to the early days, before the men’s movement, when men had been marching towards an emasculated ideal, the feeling, caring, crying, dishwashing, soft man.

I was introduced to this article by a female friend on Facebook. I wrote this in response.

When women are too masculine and men are too effiminate we often run into relationship problems. Sure, mix it up. Go with whatever gender makes you feel at home.

Let’s walk through a few of the points that we need to make, today, about masculinity. First by examining a few of Ms. Gadsby’s points:

[A quick aside: Is it interesting or distracting that GQ chose a lesbian activist comedian to kick off their series? I’m going to take her suggestions at face value and not warp the words with any commentary on gender and homosexuality. Let’s move on.]

Men need to be more “ladylike.”

I’m going to go with a no on this one. Men can be more considerate, more conscious of their aggressive tendencies, and more respectful of women, but we do not need to be encouraging our boys to be more “ladylike.” That’s a stereotype that is not helpful in this discussion.

Men need to scale back their confidence.

Is this true? What is the request? Again, I don’t think we should be asking men or women to be scaling back their confidence. Maybe their aggression. Maybe their assumption that their opinions matter. But confidence is hard one as a man or a woman. Confidence is the inner belief in oneself. Overconfidence is gross and should be discouraged. Confidence is an emotion and a life skill that needs to be encouraged and nurtured. And moderated.

Men need to refrain from sharing their opinions.

Um, yeah… I get it, when men are overbearing and don’t listen or value others’ opinions. And I do, understand that a good percentage of our hyper-males are often oblivious to the value of others, but as a whole, our opinions are all important. Men and women.

Men need to yield to people walking in the other direction.

I’ve seen the YouTube videos of the experiment when women don’t get out of the way of most men, and whack, the men typically run them over. Yes, male privilege is a thing. So, in this case, I’m going to agree with the writer. Both people walking towards each other on a sidewalk, in a grocery store, in a shopping mall, need to be aware of their intersecting trajectories. And, it’s not always going to be the case, for men and women. People get in a hurry. People walk around checking SnapChat and oblivious to their surrounding fellow citizens. People often think their lives, their priorities, and their walk in life is more important than others.

Men need to pretend they are the least powerful person in the room and behave as if this is the case.

I’m feeling a bit like this is a “chip on the writer’s shoulder” moment here. “Men” of power. It’s a blanket statement that doesn’t give any real advice. Again, I think the message is don’t speak all the time, don’t dominate the conversation, don’t think your opinions are the only ones that matter, don’t be a dick. And in many circumstances, men are in-fact the bosses, the CEOs, the Directors. The #metoo movement has given voice to all the instances where people in powerful positions (mostly men) have abused that power for sexual favors. We need to have a balanced discussion about this, but it’s not going to happen by us men pretending to be anything. We need to be authentic. Speak from our own truths, as men and women. And see if we can come out of the curtain of shame around the #metoo movement and form a more healthy alliance.

Men need to call their mothers.

As Men Evolve In the Company of Women

We all have a responsibility to be more conscious and better human beings. Men have a bit further to go in the restructuring of power and authority. But we can’t start by asking men to be more ladylike, that’s not the way forward. I understand the writer is a standup comedian making an inflammatory statement to get a reaction. Well done. But the real discussion needs to be about what healthy masculinity looks and behaves like. What are good men doing? And the balance of power is for women to stand in their powerful place as well, and define what they want for themselves. Even if they choose same-sex partners for their future.

Men need to be good men. And we need help defining what’s good, what’s “over the line,” and what’s “adventurous and brave.” But we can’t start by emasculating ourselves or our male children. The battle of the sexes is not really a battle, it should be a dance. Let’s refine our dance moves, set the music to a tempo we like, and get along in new and better ways. As men, women, and all variations in between.

Facebook30Tweet5Pin3EmailShares38
wpDiscuz
Share this ArticleLike this article? Email it to a friend!
Email sent!