Get Daily Email
Join/Login CLOSE
Home / Gender & Sexuality / A Son Tells His Gay Dad , “You Are Not My Mom”

Me and one of my boys.

Although he knows he didn’t mean it, those words hurt Rob Watson, and where his son got the idea hurt almost as much.

I always figured there were certain hateful statements my sons would make, especially ones that say I am inadequate.  Such statements would come out in the future during some teen age angst scrapple where I was laying down the law and they were going for my vulnerable jugular.  My sister told me once, “If your kids don’t shout out that they hate you at least a few times, then you aren’t doing it right.”   Up until now, no such shout out has occurred.

One of the statements I feared was finally delivered, but it did not come as part of a calculated gotcha exchange.  It came at the worst possible moment.

It was Thanksgiving evening, and dinner at my sister’s house was almost ready.  We were preparing to get to the table when my younger son appeared into the dining room and announced, “Jason just threw up!”   I rushed upstairs to find my older 10 year old son crying over a mess that smelled like rancid juice.

I rushed him to the nearby bathroom as the stomach convulsions continued and we experienced what was to be many rounds of this illness episode.  It was a horrible event as there was nothing I could do for him but hold him while his body expelled. He cried and gasped and tried to recover.  “I am so so sorry” I whispered as his body tensed again.  He cried out, “ I want my Mommy” and tears burst out.  Say..what?

Several things went through my mind.  My son is hypoglycemic and when his blood sugar drops he becomes completely irrational until food is back in his system    This effect is exacerbated because he also has hypersensitivity which is a throwback from having been exposed to heroin in the womb.  He was already hungry since we were about to have dinner, and now his system was even more depleted.  This comment was still concerning however since there was no such person, nor had there ever been, in his life.  He has been in my arms since he was 4 days old, weighing 4 lbs.  There had been a birth mother but she was not a “Mommy” nor had ever been there for him.

I tried to ignore the comment, and pet him gently.  My own assertion had to make an appearance though, and I heard myself muttering…  “You have a daddy, and I am here, Boo..”  He looked up and cried, “But you aren’t my Mom!”

Now, I was at the emotional edge.  It is horrible being in the situation where you want to care for your child, but are completely helpless… and then to be marked inadequate as well was too much.  “You have a Dad, Boo, not a Mom.  I do all your Mom things for you.  A Mom just does what I do, but would be a girl.  I AM your Mom.  Try to relax, you will feel better in a minute,”

He looked at me again and cried out, “I want PAAAPA!”   Papa, is my ex, and was my co-parent for the boys.  He self selected himself to be at a distance over the past year.  “OH Great,”  I thought sarcastically.  “THAT is SO much better. Kill me.  Just kill me now.”

The fact was that nothing could magically give my son comfort in that moment.  I was not going able to make that happen.  He knew it, and I knew it, and in his blood sugar irrationality, was lashing out for any fix-it his mind could muster.  For him, in a few hours, the discomfort would quiet, his body would get peaceful, he would cuddle into my embraces. He would feel safe, back in control and tired.  For me the drama continued as my younger son also got hit, my new partner Jim having one in one bathroom, me in the other.  Later, I was up spending a sleepless night with one or both at the toilet bowl, praying for some inspiration on how I could get their misery to end.  I knew it just had to run its course.

The entire adventure is now a thing for our family history book under “Thanksgiving Disasters”, but still I had the nagging residual pang over my son’s declaration.  I finally talked to him recently and the conversation affirmed that he was not feeling any lack due to only male parents in our family.  “Where did that idea come from?” I asked.  He then relayed that one of his school friends talks to him “in private” and tries to tell him how he needs his “real” mother, and has tried to get him on sites to “find” her.  This same friend is also convinced that my son has Asian heritage and has been urging him to research that.  Even if my son were truly interested, it is a useless exercise.   He is Mexican, we know where his ancestors come from and have studied them.  I have pictures of his birth mother and am in contact with her family.  She is not at a computer to be found or communicated with, she is still on the streets, and his birth father is in prison.

Those who oppose gay marriage and gay families decry the education of their children as their chief concern around the issue.  In my opinion, too often the pro-gay sides capitulate and assure that no such education is mandated or desired.  Meanwhile, those with an anti-gay agenda double down and hit harder with their own propaganda.  This inspires children, as this friend of my son, to attempt to undermine the love we have in our family with complete utter disregard to the consequences of his actions.  I do not believe children of all ages should be privy to the details of adult relationships and intimacies, but by the same token, they do need enough information to know that many family structures exist, thrive and are equal to their own.  Because they have a woman parent that they love does not mean that their friend’s parent who is a man is not equally worthwhile.

As it turns out, both my sons are fully content and grounded not having a female parent in the house.  They have their Daddy, and according to them, that is good enough.

Being a gay dad I think our kids have a real longing for a mother which has to be acknowledged and not pushed away. Not having a mom is a loss in gay adoption. I addressed that in a piece. Here is the link. http://www.nytimes.com/2013/06/23/opinion/sunday/the-misnomer-of-motherless-parenting.html?_r=0

dude, he`s just a kid, and that`s life for all of us today. It is too early for him to get all that stuff about ethic and morality. I`m sure that, when he grow up, he would be at second better informed, and at first continuously filled with the emotions you have for him. its your son. YOUR son. keep going. it`s a life for a godsake, REAL. LIFE. It is not meant to be warm and amusing all the time. And you are his mom/dad. No one else is. keep going. best luck! 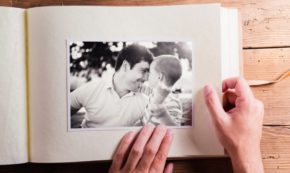 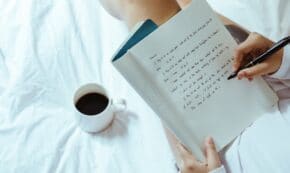 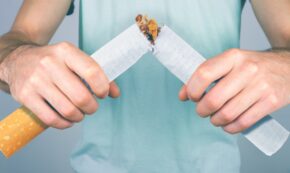 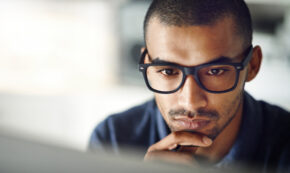 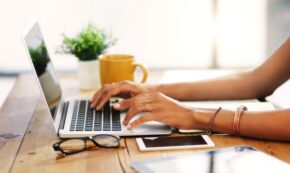 FacebookTweetPinEmailShares407
wpDiscuz
2
0
Would love your thoughts, please comment.x
()
x
| Reply
Share this ArticleLike this article? Email it to a friend!
Email sent!