Get Daily Email
Join/Login CLOSE
Home / Gender & Sexuality / Why’s the ‘T’ in LGBTQ? (and About That Q…) 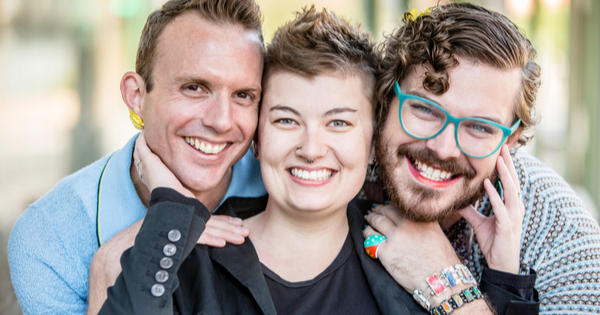 Love them or hate them, support or fundamentally disagree, in 2020 most people have heard of LGBTQ. And most people know that the “T” stands for something trans* – transgender or transsexual. But what they’ve probably not thought of is that there is some incongruence for it to be included!

Why not? Well, L, G, and B are sexualities. “T” is about gender. And that is a fundamentally different animal!

When you’re alone, unobserved, who, really, are you?

But, you ask, if “T” is different, why LGBT? It’s historical. “T” people had nowhere to go. We had no one to support us, or champion our rights. Until the “LGB” community stepped up!

Now “LGB” is also in minority. But a more prevalent one!  A 2017 Gallup poll concluded that 4.5% of adult Americans identified as LGBT with 5.1% of women identifying as LGBT, compared with 3.9% of men.[1] ]Undoubtedly, you know someone who’s not “straight”.

Whereas “T” is less than one person out of a hundred. A different survey in 2016, from the Williams Institute, estimated that 0.6% of U.S. adults identify as transgender.[2 You may not know anyone who’s “T”. (At least not anyone who tells you about it!)

So the “T” people needed (and need) support. “LGB”, looking for more voices to power their movement, welcomed them. And both groups fought for equal rights and social justice. But, other than both being minorities, and both being marginalized, they are NOT the same!

There are movements afoot now to slice the “T” off of “LGBT”. Both from “T” people, who now want their own space, and from “LGB” people who don’t want “T” butting into theirs. But the notion of LGBT persists. And too few people understand how these things are different!  That is where the “Q” comes in–sometimes, when the Q is seen at the end of LGBT, it can also mean questioning. This term describes someone who is questioning their sexual orientation or gender identity.

And, YES, you can absolutely be both “LGB” AND “T”. In fact, in my experience, many trans* people are!