Why would a group whose sole purpose it to help and support military spouses and families want to deny one of their own?

Ashley Broadway has been a military wife for 15 years. Married to an Army lieutenant colonel she has done everything expected of a military spouse, including finding a new job and making new friends with every move, and caring for their young son when the family was separated by deployment. After a transfer to Fort Bragg, and with another child on the way, Broadway decided it was time to get to know other military spouses, people who could relate to the joy and hardships associated with being married to an active service member. The logical choice then was to apply for membership to the Association of Bragg Officers’ Spouses. Broadway told CNN,

I thought, here’s a chance to make some close friends who would really understand me. And I could get very active in events that help other families like mine. I was excited, really excited, to be a part of this group.

However, the Bragg spouse club had different ideas. You see, Broadway is in a same-sex marriage with Lt. Col. Heather Mack, and Broadway suspects the officers’ spouse club doesn’t want her as a member because she is gay. The club informed Broadway that the new membership rules require a military ID, which she doesn’t have. Although Broadway and Mack were legally married in Washington, D.C., in November, the military does not recognize same-sex marriage. With the repeal of “don’t ask, don’t tell” homosexuals can now serve openly in the military, but under the federal Defense of Marriage Act it is perfectly legal for them to deny many benefits to same-sex spouses. Benefits that are readily available to heterosexual spouses such as insurance, survivor benefits and a military ID card.

Military ID cards are a fundamental aspect of military life without which spouses can’t access child care, buy groceries at the commissary or even get on base. And apparently they are now also necessary for admittance into the Association of Bragg Officers’ Spouses, which is not a military group but is instead a private club . Broadway said,

The cards are also a big symbol. So there I am listening to this person with this club tell me I can’t join as I’m struggling to get my 2-year-old out of the car and into the house. And I just kept hearing over and over, “You don’t have an ID. You don’t have an ID.” I was hearing it as, “You are not equal. You are less.”

At first Broadway was hurt, but after some time she became angry. And why shouldn’t she be? She had put in the same blood, sweat, and tears as any other military spouse. She and Mack had remained a couple through re-locations and deployments. She had experienced the same fear and concern and hardships as any heterosexual military spouse. She was not going to back down without a fight. So she posted an open letter to the President of the Association of Bragg Officers’ Spouses on the American Military Partner Association webpage, the “go-to support network” for homosexual and transgender military families. AMPA created a petition for Broadway, and other same-sex partners facing discrimination with similar organizations.

This is about more than a spouse who wants to get into a club. This is about the Defense of Marriage Act and all the inequalities that come with it. It’s about asking the question: Is the military really going to be serious about giving fair and equal treatment?

Thankfully other military spouses have spoken out in support of Broadway and others like her. Military wife Molly Blake wrote a scathing article for Blue Star Families, which is the largest military family support organization in the US. In her article Blake said,

Ashley Broadway — I don’t care if you are gay. I care that you are a dedicated military spouse who supports your soldier. I care that you want to be an example to other spouses and volunteer your time for the benefit of others … I care that you are willing to set up chairs and tables for fundraisers, bring new and innovative ways to raise money for our neediest military families, collate bid sheets, make brownies and raise your hand when the president needs a volunteer.

The club has been suspiciously silent, refusing to comment and even locking their webpage so that only a member with a password can access the links. The brass at Fort Bragg has little to say as well, other than stating that the club is a private group and so long as they comply with “Department of Defense and Army regulations and with U.S. laws,” there is little the military can do. According to DOD regulations and thanks to DOMA the club has the right to deny Broadway and any other same-sex spouse access to their organization.

The US Supreme court will hear a case on DOMA in March, and one can only hope they will make the right decision. It is the worst kind of discrimination when a faithful and devoted military spouse is denied the help and support available to others simply because they are not the “right kind” of spouse.

As for Angela Broadway, the longer the Association of Bragg Officers’ Spouses takes to respond the more she begins to wonder if maybe she should, “focus on a group who would value me.”

So, ironically, someone who’s in the Army and gay and in a same-sex marriage could join the club, because that person would have military ID, but their partner would not be allowed in….

…unless the gay partner was also in the military.

If both spouses in the same-sex marriage are in the Army, then neither one is excluded. Is this some sort of clumsy recruitment tool?

So, if you’re in a gay marriage, the only way to join that club is to join the Army.

They require a military ID and she doesn’t have one. They said nothing aboutbeing against gays.

I think the unstated point there is that as a spouse who’s the same sex as the officer, she doesn’t get to have a military ID because she’s not legally married. I don’t think requiring military ID to enter the club was necessarily intended to keep gay spouses out; just as likely this is some new security measure or bureaucratic policy in which gay spouses happen to be caught in the crossfire. Actually, I’d be even more likely to believe this is meant to exclude anyone who’s “not really a spouse” from the legally married wives’ point of view. I… Read more »

Right. Not being able to get a Military ID is the real anti-gay measure here. However, the club full well know that there’s no way she can get that ID because things are as they are. Knowing that, they could make an exception. Not being willing to do that has anti-gay *consequences* (even if the policy and the way it is administrated is not done with anti-gay intent). As such, they make themselves part of an anti-gay system and have responsibility for excluding gay people.

You cannot escape responsibility by a “I’m just following the rules” defense.

What this is really about is political system that calls itself a democracy that isn’t.The question to ask,among many, is;if gay people are free why can’t they get married? Why does our system make out groups fight so long and hard to achieve full enfranchsement? While they are being denied rights,the government is taking their tax dollars just fine.

This is a good example of why marriage is important. Full marriage. Not something that looks like marriage, not laws that give marriage-like benefits, allow marriage-like relations, etc. Because with all of those, there will always be things covered by marriage that is not covered by the nearly-marriage-but-not-quite thing. Where I live (Denmark), we went the route of introducing “registerede partnership” in ’89, something that is legally recognized like marriage but isn’t marriage. It was a workable solution to having some progress back then, but there’s been plenty of snags like this one in the 20+ years since then. Real… Read more » 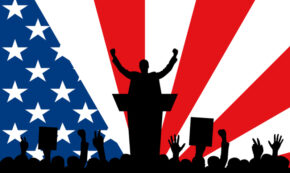 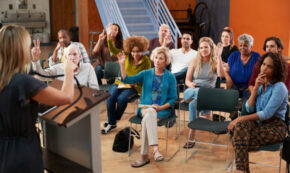 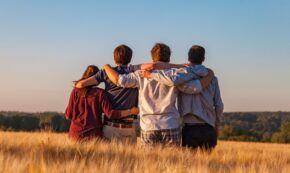 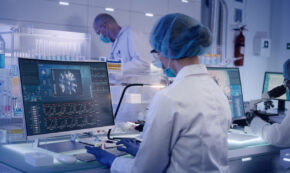 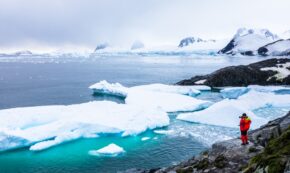 FacebookTweetPinEmailShares3
wpDiscuz
8
0
Would love your thoughts, please comment.x
()
x
| Reply
Share this ArticleLike this article? Email it to a friend!
Email sent!