Pinterest has been dubbed the hottest new social network trend, and rightly so. Pulling in an average of 12 million unique users per month, Pinterest allows people to showcase and catalogue their likes and interests through a medium that never loses its steam, the image.

A week or so ago I signed up on Pinterest and created several “boards” including one for Warrior Poets and one for Malaria. Then, a few days ago I stumbled across this article on Forbes.com. Since then I’ve read the many articles and Twitter posts about how “Pinterest is for chicks.” Some preliminary Pinterest numbers showed that, in fact, 80% of users were female. When I signed up, many of the “pins” on the front page were of dresses and wedding-things and love quotes, but I didn’t explore any deeper than that before creating my own account. The pins that I saw were just other people’s pins, not male pins or female pins. In fact, I didn’t know the male/female numbers difference until I read about it. Now, there are loads of articles about how Gentlemint is Pinterest for dudes. The Forbes article opens with:

“On your first visit to Gentlemint, users of Pinterest might find a few familiar things. Tiled layout, shared content based on pictures by users, etc. But it’s clear that it’s catering to a different crowd entirely. As I write this, the site features pictures and links to tattoo machines, door handles modded to look like guns, Bugs Bunny cartoons, and of course, a bacon-topped donut.

“In other words, this is a site more focused on manly things.”

“If there’s a Pinterest for men, this is it. Whether it’s a list of 1001 whiskeys to try before you die, a link to the machete used by Bear Gyrlls, 6 reasons to carry a handkerchief or an announcement of Doritos upcoming nacho-flavored taco shells…”

Sheesh. Talk about polarities. I could care less about wedding dress pictures and new flavors of taco shells. Where does this leave us men and women who want to “pin” about things without gender? My Warrior Poet section, for example, contains just seven pins so far, but here is the list:

Should I be pinning the women to Pinterest and the men to Gentlemint? Yeah right.

And the malaria board is, well, pictures of and about malaria. Where should that go?

It’s easy to see the poison that can happen when extreme and blinded polarities infect politics. We’re seeing it now. But with the rise of social media how much segregation is necessary? Any at all? Should we let the segregation happen naturally (if it does) within the site, or should we impose it and create separate sites?

Funny, I came upon this article as a man trying to figure out how to filter all the girly crap out on Pinterest. The content they drive to their front page caused me to decide for myself that the content is not targeted to men. I think it’s strange that the front page appears to take no cues from the things I have pinned as a guide to what it shows me. I don’t care about if some sites or apps are gender preferential. It just would seem smarter to allow the app to more intelligently deliver content based upon… Read more »

There is a new pinning site for men, manposts.com. The content so far is a little more mature- more educational, less naked women. No invite needed.

When someone writes an post he/she retains the idea
of a user in his/her mind that how a user can
understand it. So that’s why this post is outstdanding. Thanks!

I agree with your points here, but unfortunately the argument isn’t going in that outrageous direction at all. Men’s Health and Women’s Health are aptly titled and totally necessary. As are countless other gadgets, TV shows, etc. Pinterest, however, was never meant to be “for women only.” Check out numbers from the UK – since its introduction males have used it more than females. Just found all this interesting is all.

Gendering products makes good business sense, so I doubt it will go away whether it’s good for anyone else or not. When the EZ Bake Oven people figured out they could get parents to buy TWO glorified light bulbs wrapped in plastic by making one pink and white with included cupcake recipes and the other one dark green and gray with included recipes for bugs and vomit, that was a path to doubling their sales so naturally they took it. It doesn’t matter that the Creepy Crawlers oven and the EZ Bake oven are the exact same product with different… Read more »

I wonder about how these articles and the media attention about how Pintrest is for women, will perpetuate the cycle. Will men be less likely to join Pinterest, and women less likely to join Genltemint, now that they’ve been labeled as a woman’s and a men’s site? Possibly. And, as you mentioned, so much in our lives actually isn’t gendered – I think it’d only hurt our society if we try to shove gender into issues where it doesn’t exist. 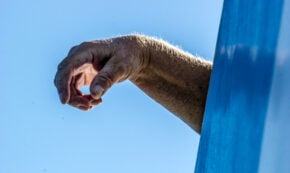 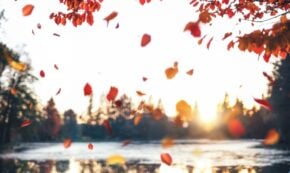 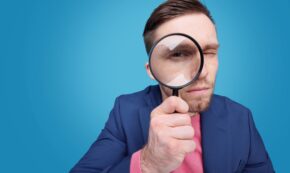 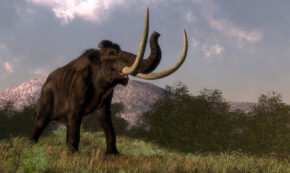 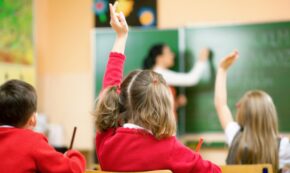 FacebookTweetPinEmailShares21
wpDiscuz
13
0
Would love your thoughts, please comment.x
()
x
| Reply
Share this ArticleLike this article? Email it to a friend!
Email sent!