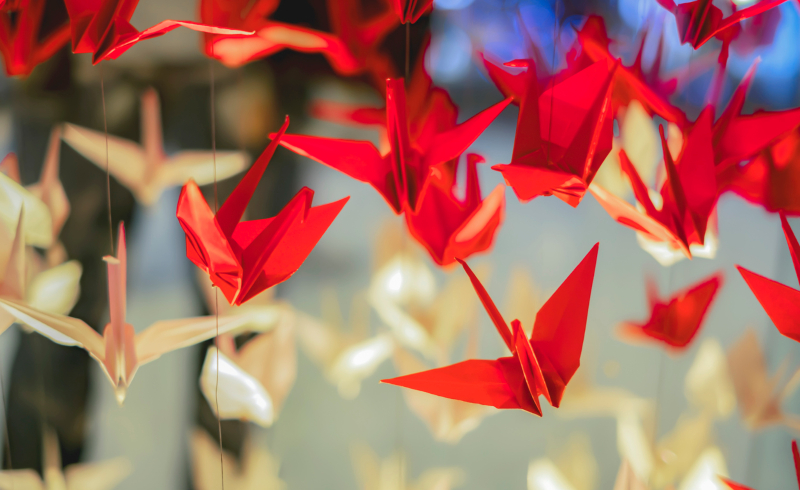 “At times when everyone in the world is asleep,
and even when dreams are asleep confined in darkness,
Become a person who walks as he follows the stars
instead of being afraid of the dawn that has risen above.
Become a person who produces hope.” –by Jeong Ho Seung

On October 2, we celebrate the UN International Day of Nonviolence, the first time in the midst of a global pandemic the world has never seen before. It is the birthday of Mahatma Gandhi, leader of the Indian Independence Movement and pioneer of the philosophy and strategy of nonviolence. The International Day is an occasion to “disseminate the message of non-violence through education and public awareness” and to reaffirm “the universal relevance of the desire “to secure a culture of peace, tolerance, understanding and non-violence”

I thought about Gandhi, who, through his philosophy and strategies of active nonviolence as the way to achieve social change, inspired generations of peace activists, feminists, social leaders and ordinary folks to be the change they wanted to see in the world.

He said: “Non-violence is the greatest force at the disposal of mankind. It is mightier than the mightiest weapon of destruction devised by the ingenuity of man”. The inspiration of non-violent movements for civil rights and social change across the world, his tactics of nonviolent protest such as marches and vigils, non-cooperation and nonviolent intervention have been the way forward for non-violent change.”

I thought about Martin Luther King who led the American civil rights movement in the 1960s, organized countless marches and boycotts, who had a dream, a dream of a United States without segregation and racism…

“It is a dream deeply rooted in the American dream.…I have a dream that my four little children will one day live in a nation where they will not be judged by the color of their skin but by the content of their character. I have a dream that…one day right there in Alabama, little Black boys and Black girls will be able to join hands with little white boys and white girls as sisters and brothers.”

I thought about Silo, thinker and founder of the Humanist Movement, whose current of thought sparked a movement in different parts of the globe, with thousands of volunteers working in different fields of action to end all forms of violence and discrimination, advocating for equal opportunities and a dignified life for all, with a vision that places the highest value on the human being and his capabilities for growth and transformation.

In his landmark speech, The Healing of Suffering, which served as a foundation for the Humanist Movement, he outlined all the different forms of violence and its relationship to the problem of human suffering:

These, then, are the great enemies of humanity: fear of sickness, fear of poverty, fear of death, fear of loneliness. All these forms of suffering pertain to your mind, and all of them reveal your inner violence, the violence that is in your mind. Notice how that violence always stems from desire. The more violent a person is, the more gross are that person’s desires.

Spurred by desire, the violence in a person does not simply remain like a sickness in the consciousness of that person—it acts in the world of other people and is exercised upon them. And do not think that when I talk of violence I am speaking only about the armed act of war, where some men destroy others. That is only one form of physical violence.”

His goes on to detail all the other forms of violence from economic to racial, ending his speech with this:

My brother, my sister, keep these simple commandments, as simple as these rocks, this snow, and this sun that bless us. Carry peace within you, and carry it to others.

A few days ago, I came across this poem by a Korean poet entitled “Become a person who produces hope”. Reading it, I thought how the sentiment of this poem was an affirmation apt for the times we live in. In spite of sorrow and despair, in spite of fears over an uncertain future, of sickness or poverty, in spite of the loneliness and isolation thousands are experiencing in the face of the pandemic, peace and joy can come. The future is open and it is our ability to come together with others who share the same difficulties, the same dreams and aspirations, and who refuse to give up, who instead continue to gaze up, “following the stars”. Today, it seems even more imperative to carry peace, to carry hope in our hearts and carry it to others.

And so October 2 is also the day to honor all the countless men and women who continue to do their share in working to end violence, and who continue becoming persons who produce hope.

Here is the poem in its entirety:

Become a Person Who Produces Hope
By Jeong Ho Seung:

As the winter night grows even darker tonight,
with no way to return due to the falling snow
In a dark room with a flickering candle that’s about to go out
near a workplace where your work for the day is done.
Become a person who loves sorrow.
Become a person who produces hope.

This post was previously published on Pressenza.com and is republished here under a Creative Commons License 4.0.