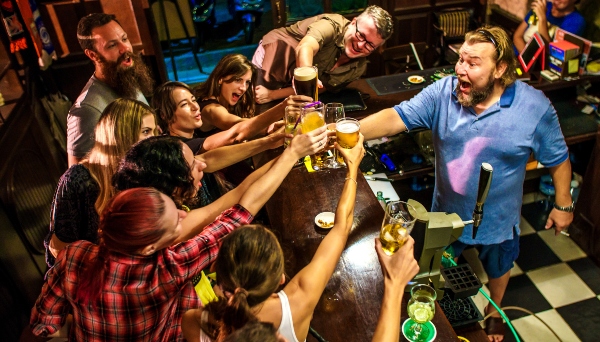 Growing up, my favorite quote was this, which I misattributed to Abraham Lincoln: “Better to remain silent and be thought a fool than to speak and to remove all doubt.”

What a miserable way to look at the world.

I’ve spent most of life trying to appear intelligent, clever, on top of things, “with it.” I’ve rarely asked questions, and if I did, it was usually to stump or impress someone.

But I’ve learned through meditation and therapy that this is an attempt to avoid feeling vulnerable, which, I’m also learning, is what matters most in life.

I probably picked up this way of avoiding vulnerability as a kid when, at some point, the curiosity natural to all young people was stomped out of me. I probably asked too many questions to my parents who were working full-time jobs to pay the bills while trying to have lives of their own. There’s also a little toxic masculinity in the mix, as young boys are encouraged to problem solve while showing little indecisiveness and emotion.

We all have this tendency to avoid vulnerability— let’s call it “ego” — it just comes in different forms for different people.

Ego is like an imaginary version of yourself that you carry around with you. This version doesn’t evolve, adapt, or change at all like a real human. It’s who you think others see, who you “really are.” But it doesn’t actually exist. It’s made up of thoughts, which are snapshots of moments that have already passed or worries about a future that might not come. We mistake the snapshots for evidence that we really are a bad person after all, or the best, or an addict, or whoever we think should or shouldn’t be.

“Ego is like a really fat person trying to get through a very narrow door,” writes Buddhist meditation teacher Pema Chödrön. “If there’s lots of ego, then we’re always getting squeezed and poked and irritated by everything that comes along. When something comes along that doesn’t squeeze and poke and irritate us, we grasp it for dear life and want it to last forever. Then we suffer more as a result of holding ourselves.”

Trying to appear intelligent — or nice, or “manly,” or however you try to come off to others — is “holding ourselves.” Sometimes it’s healthy to protect ourselves by setting boundaries with others, especially if you’ve experienced serious trauma. But many of us literally hold ourselves whether there’s a threat or not, tensing our shoulders or stomach or jaw, closing off to the openness of the moment and mystery of this life.

Asking questions is becoming my ticket out of ego, which, for me, sometimes feels like a straitjacket of shyness and cartoon masculinity. The “dumber” the better — if someone references something I don’t know about, I ask them to explain it to me. If I don’t know where someone lives, where they grew up, what they do for work, whether they’re happy, I ask.

You’d be surprised by how many people are walking around dying to be asked about the most important parts of their lives. How many people will light up just because you put the effort into getting out of your own head to ask them to explain something they just said.

It surprised me after a seven-day silent meditation retreat earlier this year when I visited friends on the way home. What I wanted most was to tell them everything that happened, all the feelings I felt, the lessons I learned, the gorgeous views I had while walking around the farm surrounding the retreat center. But they didn’t want to hear about it.

I don’t blame them — they were like all of us, thinking about their own lives , enjoying the moment— but in the moment I felt hurt. I felt small, unseen, alone. Yet — maybe it was all the meditation I had done — I decided to give them what I was yearning for: attention. So, I listened. I tried hard to understand what they were saying, which required me to ask questions. Eventually, they started asking me about the retreat, and I could tell that all of us felt seen, heard, and not alone.

So, here’s my new quote: better to speak and be thought a fool than to remain silent and never be thought about at all.

The quote about being silent is one that I’ve used and pondered on often too, but I think I like yours better. I had not thought about how just asking a question of someone can make them feel seen and heard. Though everyone has the right to have a voice I still think there are some that should follow the silent method because they are often speaking ill. Great post!