Get Daily Email
Join/Login CLOSE
Home / Advice & Confessions / Advancing the Dialogue: A Husband, Father and Executive Reflects on his Responsibilities to Women in his Family and the Workplace 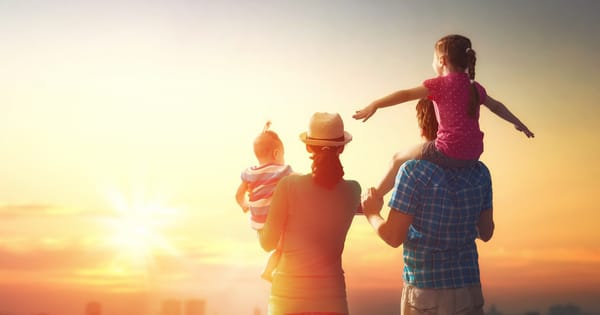 Every year we recognize the United Nations Day for Women’s Rights and International Peace, also known as International Women’s Day, as a day to celebrate women’s achievements throughout history and across nations. I spent some portion of the day reflecting on the women in my family and on the women with whom I work and how I interact with them in the workplace. I thought I would share some of those thoughts with you.

I am blessed with some incredibly powerful women in my life. My wife, for example, is the Executive Director (chief executive officer) of the Literacy Council of Northern Virginia, a 501(c)(3) organization that teaches adult literacy. She’s also the mother of our three kids – one in elementary school, one in middle school and one in high school. While I would love to say there is parity in our parenting responsibilities, that wouldn’t be fair or true – she is much stronger at maintaining the balance between working full-time and parenting and it is something I struggle with more on a daily basis.

“I share all this partly because it is a significant portion of who I am and, importantly, these perspectives carry over into the workplace.”

I won’t spend time here bragging about my amazing kids, but as a father, I often reflect upon how best to raise two teenage daughters and a son. When my oldest was a toddler and we were navigating parenting for the first time, I recall reading that, as a father, I was the primary male figure in my daughters’ formative years, and the nature of that interaction would be the strongest force shaping their view of men and the relationships between men and women for the rest of their lives. Similarly, for my son, I expect that he will imprint on what he sees and hears from me regarding how I interact with the women in my life. Those are awesome responsibilities – I share all this partly because it is a significant portion of who I am and, importantly, these perspectives carry over into the workplace.

In the working world, I have managed people for about 15 years now, and my teams have always included women. But I remember being really struck about five years ago when I read Sheryl Sandberg’s Lean In, that there are subtle biases and expectations that are set up in society and in the workplace, that are so common that we don’t even recognize them. A woman can be called “bossy” in a pejorative way, but there’s no corresponding term for a man. When we walk into a meeting room, do the women tend to sit “at the table” (both literally and figuratively) or do they default to the back row? Are women asked more often to pick up administrative responsibilities, such as meeting minutes? And, if a woman does express a point of view, is it validated directly or only after a man reinforces or co-opts the same point?

What was particularly powerful about this for me was that once I was more sensitized to it, it was clear that the issues are systemic. There are solutions to each of these and it falls to both men and women to make our work environment a better place to work, but the first step is recognizing the inherent biases in ourselves. I’d like to say I’ve never talked over a woman or tried to “mansplain” something. I doubt that’s true. To all my colleagues – if you ever see me do that, call me out on it.

The last thing I would leave you with is that the last few years have been eye-opening. The #MeToo movement has highlighted that we have a long way to go societally with what is considered acceptable behavior in the workplace and in all situations in our lives. I have close friends and family members who have chosen to share, for the first time, stories of harassment or abuse that they have dealt with throughout their lives. I have to believe that for every story told, there are many more that are not. Although I have always been aware of the potential for harassment in the workplace, I really did not appreciate the magnitude of the problem.

“It is incumbent on us to start the dialogue and to have the courage to recognize that, even if not intended, we may have contributed to this atmosphere.”

It strikes me that if we want to truly fix this, it will need to go beyond policies and training videos. We need to have an open and constructive dialogue about the type of workplace we want to have and how we’re going to achieve it. And, while there is a role for both men and women to play in this, I particularly call upon the men in our organization to recognize that women have dealt with a lifetime of having these issues ignored. It is incumbent on us to start the dialogue and to have the courage to recognize that, even if not intended, we may have contributed to this atmosphere. We will get it wrong. And we will be clumsy. But we need to start somewhere.

I’ll close by noting that I would love for my daughters to be strong and fearless women. But more critically, they need to be resilient and, as I heard in a TED talk, we are better off teaching bravery, not perfection. If we are going to serve as role models, shaping the world that young people will inherit, it’s up to us to make a meaningful contribution to advancing that dialogue ourselves.
—