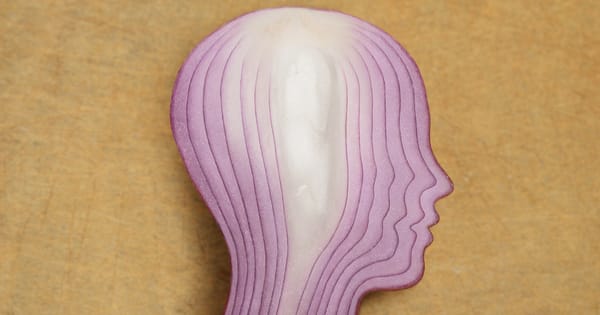 I was buried in layers of emotions

deep within the waters of fear

and reactionary actions of reaching for air.

The air was there…  but I keep reaching

for something outside of me

to rescue me from the terror of the fear

until the rising of the morning sun spoke to me

in the midst of me rising

in the grace of this unfolding morning.

And then the walls came tumbling down

as I let go of my ritual of living

in the arms of the pain

that had kept me buried

and unable to live and be my gift.

And on this morning

again I rise to become

my purpose of being

a human being on the planet

and again I learned the art of surrender.

After I wrote this beautiful and heartfelt poem, I felt the need to sit down and write, share the depth of my emotions and learn from the art of my surrender.

I believe each and everyone of else came to this planet for a reason, with a gift we have carried with us, our souls waiting to give back to the life we have been given to us. I also believe until we learn to surrender to our birthing purpose, we will continue to struggle in resistance, and then create walls of trauma. It is in the surrender that we rise from the mud of fear and then become able to wash ourselves and our souls clean.

Learning to stand within your own truth and choosing to step up and embrace and become your soul story allows being in alignment with your personal purpose. If we allow our emotions and fears to stop us from becoming and being our full selves, we will experience internal trauma and then learn to live behind the walls of pain and resistance.

The power of being present for life allows you to sit with yourself long enough to see yourself for who you really are and who is supposed to be.

I found I was happy, hurting and healing. It was a moment of surrender, a letting go to receive the beautiful gift of awareness. When you become aware and use the awareness as the root of your actions, solution comes to you like your pet dog, loyal and committed.

The other evening, after a day of doing healing service work, I went to visit a friend who has owned and managed his restaurant for over thirty years. I was aware of his present struggle in his business and I had promised him I would come by and comfort him with conversation. I have found having a conversation can change the flavor and the direction of your life.

When I arrived I noticed an old friend sitting on the other side of the restaurant and he seemed agitated. I decided to ignore him and look for my friend, the owner. My friend I was trying to ignore would not have it and then approached me with pleas of needing help from me and a place to stay the night. I flatly refused and walked away.

He followed me and began to try to berate me with name calling and a loud voice. I told him to keep his distance and I continued to express to him, the fact was I had nothing for him. I was emphatic and continued to tell him I had no want to give him anything. Even though I had known him for years and at certain times, I had allowed him to stay at my place for shelter. The state of mind he was in and the state of his emotions, plus the lack of his sobriety made me not want him nowhere near my place of living. The rejection did not sit well with him. He began to increase his name calling and his walking back and forth in front of me, muttering complaints.

I could not help but remember the last time I saw him. He had come to my house begging to sleep overnight and I had said I was not in the mood for company. I shut the door on him and he stood outside banging on the door for an hour, again calling me names. I did not want a repeat performance in public.

What I was trying to avoid, it seemed it kept following me. I had given his safety before out of love and compassion and I was a symbol of a helpful light he needed in the midst of his despair. He was not ready or willing to let go of the possibility of finding serenity and safety, I was regretting ever helping him and at the same time, I had sympathy for his condition and situation. Being broke and homeless after being someone of value was had a thing to accept and he was not handling it well. The combination of the drugs and the fear made him out of control and dangerous.

It was at that point I began to rush him and grabbed his shoulders and began to shake him. He began to use the “N” word to describe me, a word I thought would never come out of his mouth. He kept repeating it and telling me “he could buy and sell me any day.” As a black man in America, I want to choke some sense into him and as a man of love, I wanted to support his obvious plea for help. I resented him for using the “N” word and felt disgusted and fearful the name calling was making me look unimportant and small.

Two egos were bruised and neither one of us wanted to be thought of as being less than, him as a homeless man and myself as a black man in America. Though he had fallen from grace by losing his position in society, I felt the same way as I had been trying to maintain a positive position within our modern society.

Because of the state of fear and the inability to have an authentic conversation, we were not able to connect as men or as human beings. The buried emotions created walls of resistance full of pride. The rule of “man pride” does not allow us to have compassion for other men and in turn we so many times do not have compassion for ourselves.

Burying my emotions and just setting things straight by using my fist cannot be my truth. I had to redefine my reaction. I had to let go of reactionary, toxic behavior of retaliation. We should surrender and let go of our “ ego-based man pride” and create “compassionate man pride.” Then we would work together in a stronger sense of unity and have more pride in being more evolved men in this modern world.