I became so obsessed with wondering what life was about, and where it was going, that I did not do the work I needed to do in my studies. I felt paralysed and could not concentrate. Time faded away and I became less and less involved in what I was doing. I have a memory of sitting in my room unable to simply get going. I sat, and nothing happened. 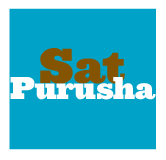 The inevitable happened… nothing. I took my exams at the end of my time at school and had terrible results. At that stage my three subjects were down to History, English and Geography, I had been dropped from the other subjects as not performing well enough in the exams a couple of years earlier. Much later I discovered that at that point Maths had been my best subject, when I later studied it for a degree as a mature student I did amazingly well at it, something had gone wrong at that earlier point.

I looked, last week, at how I felt beaten down by my family, I was now experiencing the consequences of that.

But there I was, school was finished and I was sitting in my room contemplating a blank future, one I had not been prepared for.

I did my end of school exams in the mid-sixties in Britain. There were not the excess of Universities there are now. I did not do well enough to get a place doing anything, so I was set adrift. Only now did I realise that I had missed the one thing that would have been so interesting for me. But there I was, school was finished and I was sitting in my room contemplating a blank future, one I had not been prepared for.

My father, facing the fact that all the money he had spent on my schooling was apparently wasted, tried to be helpful and constructive. He suggested careers in banking or insurance as a way forward. After all, he had become an accountant before he studied for a degree in his spare time.

I screamed in my head. The idea of sitting at a desk and playing with figures was the worst option of all. I had hated sitting in my room trying to study, how was I going to deal with it as my future life? I decided I was not going to do this, but realised that being negative was not going to work. So I had to come up with a plan.

While I had found studying difficult, there was one thing that I had thoroughly enjoyed at school, that was my involvement in the Dramatic Society. I had tried to act, once, and had given that up as a bad job. I buckled down and volunteered as a stage manager after that and had a great time. In my last year I had been studying ‘Hamlet’, by Shakespeare. The Dramatic Society put on a production of it, for me that was an ideal situation. The Masters would not let me take part because they said that my exams were more important and that I could not afford to be distracted from them. Little did they understand that being involved with the production would have had the opposite effect.

There it was! There was my way forward, do what I loved. I loved the theatre, so why not work in it.

I was in a situation where I could no longer sit around and wonder what was happening or what I was going to do. I had to keep up with what was going on around me and be involved.

I had no idea where this was going to lead, but I did not care, I was going somewhere. I went downstairs to talk to my parents and tell them that I was going to move away and start work in the professional theatre. There was a bit of a stunned silence, not so much because I was going to work in the theatre but because I had organised something so quickly. My parents were fans of the theatre and were involved in a Theatre Club in Manchester, so they could hardly object to my choice.

So that was it, I packed my bags and went off to Birmingham. I got a room in a theatrical digs and got to work. It turned out they did not need someone on props after all so I was given the job of running the flies, the hanging area above the stage. I really did not care, I was in and on my way.

I was in a situation where I could no longer sit around and wonder what was happening or what I was going to do. I had to keep up with what was going on around me and be involved. Life moved on at an extremely rapid pace and I had to keep up. I had no problem doing this, in fact I came to enjoy it immensely. I moved around from theatre to theatre over the next fifteen years and never regretted what I had done. The thoughts of my school years were left far behind as I quickly advanced in the profession.

I became unhappy with just doing labouring work and soon developed a desire to be involved at the heart of the creation process. I wanted to be in there forging what the audience experienced. I chose lighting as my way in and started a lifetime career in lighting design in the theatre and, eventually, in architecture. But I am getting ahead of myself.

Soon after I started the job I went back home to a reunion with my classmates from school. We met in a pub to catch up with each other and share our experiences in the real world. It was a weird experience for me, one that cut me off from the past and ensured that I stayed moving forward.

My memories are about being asked what I did in the theatre. They could not understand what I spent my time doing and could not accept it as a job and a career. They were all in ‘normal’ jobs—the kind that I ran screaming from in my head a few months earlier—or were at university. I found that I had moved on so much that there seemed to be nothing in common between us any more. I left and never went back, I never contacted any of them again.

I was released from all the torment I felt at home and freed to be me, not a clone of my father or my brothers, but me.

It was a sudden shift, one that I had not been prepared for, I had not been prepared for anything. I was shy and did not connect easily. I was in this strange world that I loved but could not relate to. I remember sitting on my own, one lunchtime, feeling very alone and even a bit homesick. That experience shocked me, shocked me into getting stuck in and making a go of it. There was no way I was going back, no way I was going to admit defeat, at least that is how I saw it.

For the time being seeking and wondering was set aside as I tussled with just living life. Now life took me forward and showed me how to live. It showed me what a waste of time it had been going through with all that agonising, all I needed to do was put my head down and get on with it.

I was released from all the torment I felt at home and freed to be me, not a clone of my father or my brothers, but me. I had no idea who I was or who I was going to be, but that did not matter, I was me and that was good enough for the present moment.

This shift marked the end of the beginning. It marked the point where I shifted from being a boy at home to when I started being a man, a young one but still a man. I was not ready for this shift but I caught up quickly. I advanced faster than I had ever done before, it was so exhilarating.

Next week I will round up this period by looking at the overwhelming sense of loneliness throughout these years. This is a theme that will snake its way through the book to come out altered at the end.

You can see the complete book, as it progresses, here:

A journey from loneliness to aloneness.

Purusha created a following talking about masculinity and its inherent power. He writes about health, spirituality, and lifestyle. He explores what spirituality means in relation to the rest of our lives. He helps people to become strong in themselves and teaches them how to create amazing relationships.