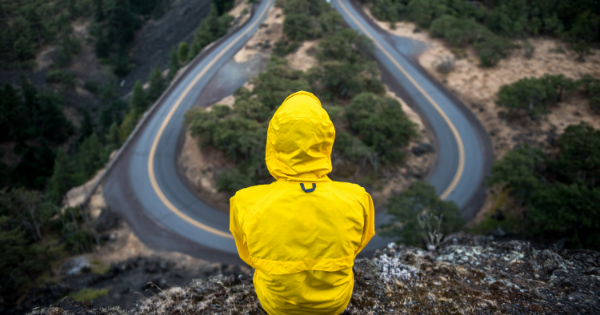 A 2013 study by the American Psychiatric Association found an estimated 22.7 million Americans were in need of treatment for a substance use disorder that had occurred within that year. Of those people, only 2.5 million received the professional help needed for a chance at recovery. Every year hundreds of Mainers die from a drug overdose, and more than 60,000 people die each year nationally. These numbers are continuing to rise.

Until last year, I fell in with the 90% of people who needed help but did not receive it. Like many people, I was always afraid to admit that I was struggling with substance use because of the attached stigma and social consequences that came along with the labels.

If you are a daily heroin user, it is almost guaranteed that you will personally experience an overdose or see one happen. The first time I overdosed, it was on an ordinary night, around dinner time, as I was sitting in my home office returning emails. At that point in my life, injecting myself with drugs had become as routine as aimlessly scrolling through my Facebook feed. I used quickly and easily without much thought, having engrained the process into muscle memory through daily repetition.

Long before this night, I had stopped using heroin as a way to get high or have fun. It had become the only thing that would allow me to function, and without it, I would get physically and uncontrollably sick. On this night, I was in the middle of returning an email when I paused just long enough to plunge a syringe into my arm.

I knew I had used too much almost instantly. My head tingled and blackness began closing in around me. In those few seconds, I knew that I was going to die and I was struck by intense fear and regret. In the moment before I lost consciousness, I tried to get up out of my chair and move, thinking I could somehow outrun the deadly dose of drugs coursing straight into my brain. In the seconds between injection and death, heroin renders you unable to control your body and voice.  As I overdosed, I could process thoughts and emotions, but I couldn’t run or call for help.

Four hours later, I woke up on my office floor. I was face down, lying in my own dried vomit, amazed to find myself still seemingly alive. As I looked around, trying to piece together what had happened, I saw that I had knocked everything off my desk during my failed attempt at standing up.

I understand that this doesn’t make any sense unless you’ve experienced it yourself, and it shouldn’t. The disease isn’t rational. I don’t remember making the decision to become addicted to drugs, nor weighing the odds of dying from overdose and deciding it was worth the risk, but this is where my substance use disorder brought me.

You might think that an experience like this would be enough to change my behavior or, at minimum, scare me into a period of abstinence, but this wouldn’t be the last time I would overdose. A couple more years of chaos would pass before I finally found myself divorced, bankrupt, suicidal, and sleeping in my mother’s guest room. During this low period, my mother would often sneak into my room at night and lay beside me, terrified that I would stop breathing and die alone.

Why didn’t I seek help in that moment, or in the moments after my subsequent overdoses?  For most of my adult life, I thought that I needed to act and feel specific ways to be accepted as the man that I believed I wanted to be. I never reached out for help nor honestly expressed my feelings out loud because I feared that showing weakness or vulnerability would make me less of a man and less brave. For most of my life, I tried to conceal my struggles from everyone, including those closest to me.

According to SAMHSA’s 2014 National Survey on Drug Use and Health, an estimated 43.6 million (18.1%) American adults experience some form of mental illness. In the past year, 20.2 million adults (8.4%) had a substance use disorder. 8.4% of the people in this country have a substance use disorder, but most of us are still afraid to talk about it openly. There are many barriers to treatment for those suffering, but stigma shouldn’t be one of them.

Most people who struggle with a substance use disorder fail to seek treatment in part because of their concern that they will be labeled an “addict” and that the stigma will stick. When given the choice between treatment or death, presumably nobody would choose death – but that’s the direction it often goes. If we removed the stigma and shame, people would find it easier to make a realistic, objective assessment of their substance misuse and discuss it openly with a health care provider.

Even if treatment is obtained, the stigma of substance use can be difficult to escape – once an addict, always an addict. People in recovery face obstacles fueled by stigma, especially those who have been in treatment programs or the criminal justice system. Employment, education, and obtaining insurance are all things filled with uncertainty and discrimination for those in recovery. These things are critical to a stable recovery, but they are harder to obtain for people who have been treated for substance misuse because of the stigma society places on them. When recoverees can’t obtain the stability they need to stay sober, the cycle of misuse continues.

Being vulnerable out loud is one of the most difficult and brave things a person can do. I was not able to recover until I became honest with myself and those around me about my substance misuse. When I finally started speaking up, I received and accepted the help I needed and started becoming more comfortable in my own skin. If I had been willing to speak up about my personal struggles earlier, I could have avoided years of pain and destruction. Crisis doesn’t need to precede recovery. We need to start having an honest conversation about substance use disorder – or get comfortable watching our friends and family members die from a treatable disease.

Photo by Justin Luebke on Unsplash