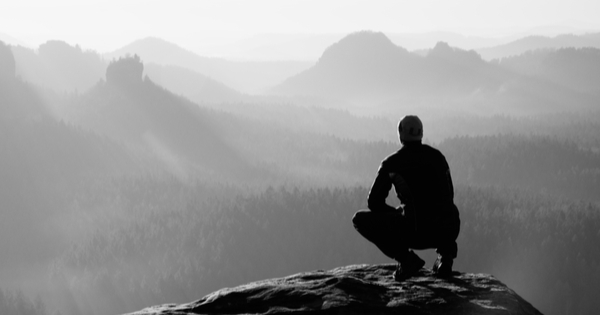 There I found myself, withdrawing from heroin, unemployed, divorced, and laying restlessly in a twin-size bed in the small room I shared with a stranger. This men’s structured-sober-living house wasn’t the lifestyle I was accustomed to living or where I imagined I would be at 28 years old.

One year prior, my wife had asked me to move out of our home. I struggled with my addiction to drugs and alcohol throughout our entire six-year relationship, and by the time she finally asked me to leave I was almost bedridden, not even slightly resembling a healthy man or present husband. She gently framed her request as a temporary break, but I knew that the divorce papers would soon follow.

After leaving with little more than a bag of clothing, I continued to slip further into the grips of my addiction and closer to death. I had moved into my mother’s spare bedroom, a two-hour drive from where I had called home, and isolated myself from reality. My world quickly shrunk down to only include that small bedroom and a phone number for a local, and somewhat reliable, heroin dealer. For weeks on end, the only time I left that bedroom was to buy drugs.

Being conscious was excruciating, so I injected myself with enough heroin to merely exist in a state of numbness and indifference to anything outside of my tiny world. At times, I was also indifferent to my seemingly inevitable death, and I came close that outcome more than once.

Thankfully, with the help of intervention from some people in my life, I found my way into that structured men’s sober house where I would finally start to recover.

Unable to sleep on one of my first nights in that house, I rolled over and reached for the few personal items I had brought to this men’s sober house. First was a book of translated writings by Roman emperor Marcus Aurelius titled Meditations–along with two related books on stoicism by Ryan Holiday.

What stands in the way becomes the way

In Meditations, Marcus Aurelius writes about one philosophy that stands out to me the most:

Our actions may be impeded… but there can be no impeding our intentions or dispositions. Because we can accommodate and adapt. The mind adapts and converts to its own purposes the obstacle to our acting.

He then concludes with words that would change the course of my life:

The impediment to action advances action. What stands in the way becomes the way.

Most people struggling with substance use disorder see their addiction as an obstacle that is seemingly impossible to overcome. I saw it as something that prevented me from being the person I wanted to be, doing the things I wanted to do and not allowing me to experience health and happiness.

For years, I did what many people do when faced with a significant obstacle—nothing. I was stuck. I knew that I wanted to recover, but I was held down by my fears and frustrations. These feelings brought me to a place of isolation, shame, and denial.

The obstacle of addiction and stigma

According to SAMHSA’s 2014 National Survey on Drug Use and Health, an estimated 43.6 million (18.1%) American adults experience some form of mental illness. In the past year, 20.2 million adults (8.4%) had a substance use disorder. 8.4% of the people in this country have a substance use disorder, but most of us are still afraid to talk about it openly.

There are many barriers to treatment for those suffering, but the stigma is one of the strongest.

Even with proper treatment, the stigma of substance use can be hard to escape. People in recovery face many obstacles fueled by stigma, especially those who have been in treatment programs or the criminal justice system. Employment, education, and obtaining insurance are all things filled with uncertainty and discrimination for those in recovery.

These things are critical to a stable recovery, but they are harder to obtain for people who have been treated for substance use because of the stigma society places on them. It was this stigma that prevented me from asking for help until I had already lost everything around me.

Before recovering, I had first to accept that I couldn’t change the things I had done in my past or undo any of the damage to my relationships. The only thing I could control was the choices I made in that present moment and into the future.

We admitted we were powerless over alcohol–that our lives had become unmanageable.

I interpret this step as not saying that I don’t have the power to change my life and circumstances, but that before I can change, I need to fully accept my addiction and recognize that I can’t manage my life while still using drugs and alcohol. Fighting against the fact that I had a substance use disorder would only prevent me from overcoming it.

When I made the decision to stop fighting and hiding my addiction, and instead embraced it; I started to see and experience the hidden benefits.

In his book titled “The Obstacle Is The Way”, Ryan Holiday writes that instead of fighting obstacles, we can allow them to defeat themselves. He writes:

It is, however, time to acknowledge that some adversity might be impossible for you to defeat—no matter how hard you try. Instead, you must find some way to use the adversity, it’s energy, to help yourself.

Ryan follows this up with a real-world example to help better explain the concept:

Before the invention of steam power, boat captains had an ingenious way of defeating the wickedly strong current of the Mississippi River. A boat going upriver would pull alongside a boat about to head downriver, and after wrapping a rope around a tree or a rock, the boats would tie themselves to each other. The second boat would let go and let the river take it downstream, slingshotting the other vessel upstream.

My addiction to drugs and alcohol was like a raging river, and I had been trying to swim upstream my entire life. I refused to accept that fact that I couldn’t change the direction of the current. I could fight the river and swim against it for a short time, but would always quickly exhaust myself and give in to my disease.

After a decade of fighting against my addiction in silence and not accepting that I could never use drugs and alcohol again, I had to admit that my approach wasn’t working—and it never was going to work in the future.

I stopped assuming that fighting against my disease and swimming against the current was the only way to defeat my addiction. I decided to grab power away from the stigma by owning it, and openly sharing my experience with addiction and the dark places that it brought me.

I took action by finding ways I could actively reach out and honestly share my experience. By openly and honestly sharing my experience, I would strip the stigma and the power that it had over me. I said “yes” when asked to be featured in a local news story about addiction, and this decision opened me up to several more opportunities to get involved with the recovery movement and to continue sharing my story.

I found purpose and accountability by staying connected and honest with those around me, and to the public. Using the power of my addiction to launch my advocacy efforts and create a purpose for myself, inspired by stoic philosophy, saved my life.

Today, I continue to openly share my experience in hopes that I can help someone else. Embracing the weight of my addiction and facing my disease has allowed me to find serenity, turning the most difficult times in my life into the greatest gifts. I have fully accepted my addiction, and I’m grateful for the experiences and lessons.

Recently, I joined the Board of Directors for a non-profit residential treatment program, started working as a Recovery Coach for several police departments, and partnered with a newspaper to launch a recovery-themed column.

This month marks one year from when I had the words “The Obstacle Is The Way” tattooed on my left arm. It serves as an important personal reminder that all obstacles have hidden lessons and gifts waiting to be discovered.

What’s on the other side? I’ll tell you. You. You are on the other side of those struggles. A you you realize you only knew a little bit about. You learn you’re capable of more than you know.

The person I am today would not exist without the obstacles I’ve had to endure – and for that, I’m grateful to have experienced them.

Author’s note: This post was originally written for the Daily Stoic and first published on December 9th, 2017. I have since updated and expanded it.