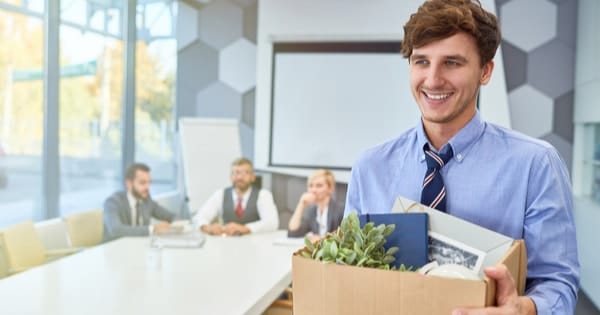 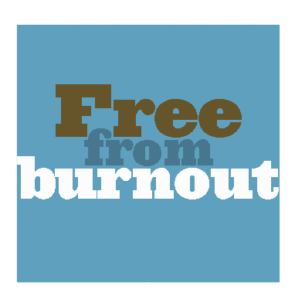 There are plenty of signs that it’s time to start looking for a new job. When you wake up in the morning and dread going to work, feel lethargic and unmotivated about your job, or start to catch yourself venting more and more after hours – the universe might be trying to tell you something.

But if you like what you do for a living, you might be left wondering where to go next.

With that in mind, we surveyed over 1,000 employees about what it’s like to leave a job for a competitor. We asked respondents what motivated them to work for a competitive company, who reached out to whom, how they managed the possible legal hurdles of switching jobs, and how they felt about their decision overall. Curious how many people are happier working for a competitor than their previous employer? Read on to find out.

Research shows employees are quitting their jobs in record numbers. According to one study, 3.5 million people, 2.3% of the total workforce, left their jobs in October of 2018. Across the entire year, an estimated 40 million Americans voluntarily left their place of employment.

According to our survey, nearly 1 in 3 working Americans reported leaving their jobs for a competitor at some point. A majority (91%) also saw a colleague do the same. While entry-level employees (nearly 23%) were the least likely to leave their current position for a competitor, almost 41% of those in a middle management role or higher left.

Many employees (about 44%) indicated finding competitive positions during a broader job search, although 42% acknowledged that the competitor reached out to them. Additionally, employees in middle management or higher were the most likely to be targeted by competing firms for new job opportunities.

If you find yourself accepting a more exciting or lucrative offer from a competing employer, certain steps may ensure you aren’t putting yourself in an uncomfortable position with your current company. In addition to confirming there aren’t any noncompete clauses in your current contract, it’s important to fully validate your new offer has been processed and finalized before giving notice.

Around half of employees who left their jobs to work for a competing firm didn’t look into or worry about the legal implications. Thirty-eight percent of employees read through all employer documentation to assess their risk, and 6% enlisted a job recruiter to do the job search. Employees earning the most, $75,000 or more annually, were the most likely to take precautions before making their decision public.

Noncompete agreements in your employment contract are typically meant to protect your company from losing you to poaching and being stuck with the cost of hiring a replacement. These clauses may not always be in the best interest of employees, though, and some states are working to restrict noncompete clauses, particularly in the tech industry.

More than 1 in 3 employees acknowledged reported signing a noncompete or nonsolicitation agreement at some point, while more than 1 in 10 declined to sign them when taking a job. Nearly 74% of employees believed noncompete clauses could hinder future career opportunities. While respondents earning the highest salaries were the most likely to take precautions when leaving their job for a competing employer, almost 48% of those earning $75,000 or more annually found forced noncompete agreements acceptable. Overall, 42% of employees surveyed were less willing to accept a job that required them to sign a non-compete agreement.

No matter who you are or where you work, leaving one job for another is always a gamble. You never really know what it’s like to work for a company until you’ve put in the time. However, when it comes to leaving your company for a competitor, it’s possible the grass may be greener on the other side.

Compared to more than half of people who reported some level of dissatisfaction with their previous jobs before going to a competitor, roughly 1 in 10 were dissatisfied after transitioning jobs. In contrast, almost half of the employees were mostly satisfied after starting their new jobs, and another 16% were completely satisfied. Reflecting on their decision to change jobs, nearly 56% of people felt very positive about leaving for a competitive firm, and just 5% felt somewhat or very negative about the transition.

Leaving one job for another is a major transition. Of the more than 1,000 employees polled, roughly 1 in 3 left their jobs to work for a competing company. Despite some having to navigate noncompete clauses and the potential legal ramifications of their decision, a majority reported being happy with the switch.

The data used in this project were compiled via a survey using the Amazon Mechanical Turk platform. There were a total of 1,018 participants. To qualify for this survey, participants needed to be currently employed (either part or full time).

The term “competitor” was used in the majority of the questions asked. For clarity, a definition of what that meant for this survey was provided: “A competitor means a company that is in the same business or industry that offers a similar product or service.”

This project aimed to learn more about employee poaching and the experiences people have when leaving to work for a competitor or onboarding others from competing businesses. Further research could aim to explore the monetary gain from leaving one business to work for a competitor or the impact on work-life balance and satisfaction. With self-reported data, issues such as selective memory or exaggeration are possible.

Michael Levitt with Breakfast Leadership, is a public speaker and author of 369 Days: How To Survive A Year of Worst-Case Scenarios, and co-authored the new release Pre-Emptive Strike Leadership. Michael helps leaders reduce stress and prevent burnout, so that they can focus on what REALLY matters most. Michael lost his health, his job, his car, and his home all in 369 days. Michael teaches people on how that happened to him, so that they can make the crucial changes in their lives to prevent those losses from happening to them. Michael grew up in Metro Detroit, and has lived and worked in 3 of the 6 Original 6 NHL Cities (Detroit, Chicago, Toronto.)