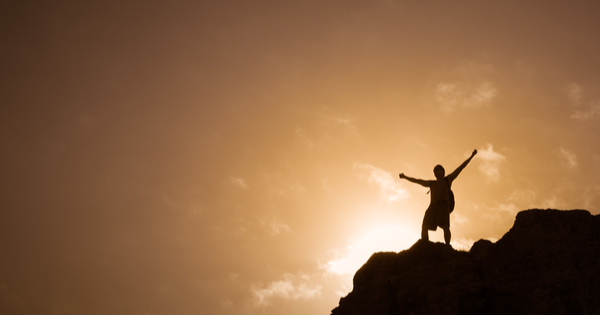 The news that popular fashion designer Kate Spade committed suicide immediately hit me in more ways than one. She was a longtime client of mine at Nova Custom Printing.

I could relate to her struggles as I myself went through a difficult period at one time. I was able to get through it, and created a nonprofit website, RiseUpEight.org where we now share stories from people worldwide about their brushes with adversity, and how they recovered from it.

Suicide is a lot more common than people think. The Centers for Disease Control and Prevention  (CDC) just reported today that nearly 45,000 people in the USA committed suicide in 2016. It also shows that suicide rates have increased across the US from 1999 to 2016.

Suicide has been stigmatized in our country, and it’s only recently that it’s been come acceptable for people to admit that they have gone to therapy.

When I heard of Kate’s suicide, I wished that I had a chance to speak with her to tell her how I overcame the challenges in my life, so that she would be inspired to never give up.

Kate’s fate could have been mine. My story is not uncommon. Just like many people we’ve profiled on our website, I went through a period in my life when I was overstressed, overworked and my life was falling apart.

I was deeply enveloped in creating a music and film multimedia project called X: The Human Condition, to make a difference in the world. I wanted to inspire people to never give up and triumph over adversity, but what happened next taught me what adversity was really about.

I was a workaholic, deeply dedicated to inspiring people with this project, so even though I had my own business and worked full time, I still managed to spend eight hours a day working on this labor of love. I funded the project out of my own pocket, which created a chain reaction in my life, causing my business to nearly go bankrupt. Then my body began to break down.

I became severely ill and almost lost my vision permanently. Faced with the choice of a dark future versus one full of possibility, I became a total health nut. I was able to reverse the process of disease, and borrowed money to get my business back on its feet.

X: The Human Condition succeeded in inspiring people to never give up, and I created the website as the next level in this exploration of the human condition.

As I interviewed people about overcoming adversity in their lives, I began to realize that this is a large part of the human condition – we keep falling down and rising up again. And how we react to adversity in our lives is more important than anything. We can either give up or let it strengthen us.

I interviewed people who overcame homelessness, serious illness, near-death, failures in their businesses, relationships and family lives, and I began seeing common threads through all of the interviews regardless of whether they were based in the USA or any other continent.

When we go through adversity, whether it’s business related, relationship related, or health-related, at the time we go through it, it’s as if we are going through a dark forest and trying to find the exit. We stumble through feeling doubtful about whether we will ever find a way out. Some of us will just lay down and give up, but most of us keep forging ahead, searching for the exit.

But what we don’t realize is that it isn’t until after we exit this dark forest that we begin to realize why we had to go through that darkness. Every interview I have done with someone who has been through incredible adversity has admitted that they wouldn’t be in the successful place they are now if they didn’t go through that terrible adversity, because it strengthened them, and taught them to keep forging ahead.

So what is it that is most of us going while others simply give up? This is what we explore in our interviews. There is a point in everyone’s life where carrying on seems hopeless. We try to fix the problem but no matter what we try to do, things just don’t work out in our favor. This creates a downward spiral where we begin to expect things to fall apart, and when it does, it only justifies the belief. If the chain is not broken, suicide is the only logical option.

At that point, the pain and the hopelessness become so great that it outweighs everything else. You just want to escape reality. For some people that could mean turning to drugs or alcohol. For others, it could mean ending their lives in suicide.

I thought everything was falling apart in my life. I might never have recovered health wise, my business could have gone bankrupt, I could’ve then become homeless and so on. For a short time, I believe this was possible, but something inside me kept me going. For me, it was the mission to make this world a better place. That desire was stronger than my desire to give up.

This is how all of us recover from adversity. We find something to keep us going, whether it be a goal, a strong desire left unfulfilled, irresponsibility to someone else to keep carrying on, or even support from someone we care about.

It’s extremely important for us not to isolate ourselves, enveloped in our adversity, because that just makes it worse. By sharing it, we are able to diffuse the pain, and take in guidance from others that help us get through it.

It can be difficult for us to share what’s going on because it seems like our own private h*ll, but it’s a necessary step to wellness. Seeking therapy no longer has the stigma that it did before. It’s become somewhat common and accepted now which is a good thing. An alternative to therapy can be a life coach or a mentor that can help guide us through adversity.

But it’s important to realize is that it’s perfectly normal to go through difficult times in our lives when things are falling apart. Just as the seasons change, our lives go through periods of cold, desolate winter, but they are followed by the possibilities of spring and summer, when our lives can bloom again.

The key then becomes withstanding the winter, no matter how long it lasts. This is the time in our lives when we need to seek support from others, and support ourselves by studying, learning and improving, so that when the harvest of the spring begins again, we can succeed.

People who get through adversity understand that it’s important to focus on what is working in their lives, and not what is failing. It’s a choice we make to focus in on either end of the spectrum, but being grateful for what we do have in life, whatever small things they may be can lead us on the road to recovery, because the positive focus begins to grow within us as we become more and more appreciative of what we do have.

For me, because I had nearly lost my vision, I began to look at the world in a different way… to appreciate everything for its own uniqueness. I began looking at the people that mattered to me in a different way. I really looked at them, memorizing every little detail of their face with the realization that at any moment, we can lose the opportunity to do so. I began to appreciate everything in life that I had overlooked before.

I always tell people now to never look at adversity as an enemy. I say look at it as an ally, because it makes you stronger, wiser, and can actually assist you in succeeding in life. We have to maneuver through adversity to reach success. There is no shortcut. This is the meaning of life. This is the human condition. Fall down seven times, rise up eight.

Michael Nova is President of https://www.NovaCustomLabelPrinting.com, Producer/Director at Hypnotical Entertainment, Founder of https://RiseUpEight.org, and founding member/vocalist of the multimedia music group X: THC. His film, X: The Human Condition is now featured on Amazon Prime Video at bit/ly/xthehumancondition