Get Daily Email
Join/Login CLOSE
Home / Advice & Confessions / If You Want to Kill a Big Dream, Tell It to Small-Minded People! 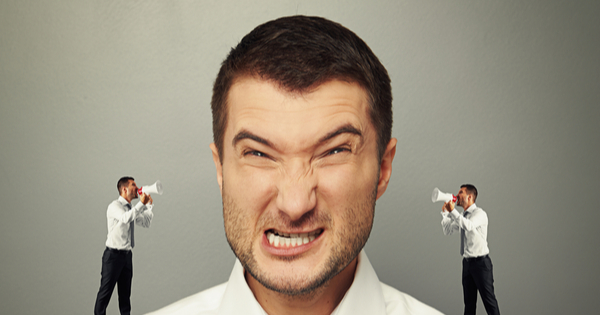 Mark Twain said, “Keep away from people who try to belittle your ambitions. Small people always do that, but the really great make you feel that you, too, can become great. When you are seeking to bring big plans to fruition, it is important with whom you regularly associate.” The most important thing after dreaming big is actually the people you tell it to. Joseph in the Bible had a big dream, but he shared it with shallow-minded people, and it almost cost him his life. The Bible says in Genesis 37:5, “And Joseph dreamed a dream, and he told it his brethren: and they hated him yet the more.” Telling your dreams to the wrong people can cost you the life of the dream and sometimes your own life. If not for God’s intervention, Joseph almost lost his life!

The moment you tell your dream to small-minded people, they will discourage you, belittle it, steal the idea or become your competitor. Your dream is not to be shared with everybody! Small-minded people will make you see several reasons why the dream can’t work but blinded to the reasons why it will work.

John C. Maxwell said, “The bigger the dream, the bigger the person you must become to achieve it”. Small-minded people will make you settle for something lesser than your dream. A small-minded person is unable to conceive a big future. A small mind will always strangulate a big dream! Never share your dreams with people who are incapable of seeing the big picture. Many dreams have been stifled and many latent potential have been perpetually buried just because some people planned their lives with people that lacked the ‘big picture’ view. Stay around people that will stretch and inspire your thinking, not those that will reduce your big dreams to their small thinking.

Elon Musk would have settled down in a research laboratory for space research but instead launched a company that competes even with NASA in projections. Richard Branson would have been a traveling agent but decided to launch the Virgin group. The Amazon boss, Jeff Bezos would have been a general manager in a book-selling shop but instead launched the biggest online-sale space ever-Amazon! Bill Gates had a dream where every home will have a personal computer, and today some home even have more than one! Steve Jobs big dream was to put the whole computer in a phone and today our phone cannot only do what a personal computer can do but even much more. The secret of these great people was that they disciplined themselves to be far from small-minded people!

The story of Henry Ford and how he shared his idea of a gasoline motor with his boss and mentor- Thomas Edison-is a very fascinating example of nexus between great minds. It is not all bosses that will support your big ideas, so be mindful of who you share your ideas with.

In 1896, Thomas Edison, the great inventor who invented the electric bulb, was working on an idea to design a car when he heard that a young man who worked in his company had created an experimental car. Edison met the young man at his company’s party in New York and interviewed him about the car. He was impressed! He had the same idea as the young man, but he was considering electricity as the power source while the young man used gasoline engine to power the car. He slammed his fist down and shouted “young man, that’s the thing! You have it! I think you are on to something! I encourage you to continue your pursuits!”

With these words of encouragement from the most highly respected inventor in the United States at that time, HENRY FORD continued his work, invented a car and became wealthy. On December 9, 1914, Thomas Edison’s laboratory and factory got burnt. He was 67years old and the damage was too extensive for insurance cover. Before the ashes were cold, Henry Ford handed Edison a cheque of $750,000 with a note saying that Edison can have more if he needed it!

In 1916, Henry Ford relocated his home to the building next to Edison’s home and when Edison couldn’t walk and was confined to a wheelchair by his doctors, Henry Ford also bought a wheelchair in his house so that he could run wheelchair race with his friend and mentor!

Thomas Edison made Henry Ford believed in himself and got a friend for life. Don’t ever be jealous of other people’s success and dreams. When you support the dreams of others, you will win a permanent fan for life.

If you ever want to achieve great dreams, then you must stay away from the following categories of people:

#1 CRAB MINDED PEOPLE: Crab mentality, also known as crabs in a bucket mentality, is a way of thinking best described by the phrase “if I can’t have it, neither can you”. The crab mentality is a metaphor for how humans respond when they see someone else around them achieving some kind of self-improvement that they can’t achieve themselves. The metaphor is derived from a pattern of behavior noted in crabs when they are trapped in a bucket. While any one crab could easily escape, its efforts will be undermined and sabotaged by others. The analogy in human behavior is claimed to be that members of a group will attempt to reduce the self-confidence of any member who achieves success beyond the others, out of envy, resentment, spite, conspiracy, or competitive feelings, to halt their progress.

#2 MEDIOCRE MINDS: These categories of people are content at being average. In his best-selling book- The Enemy Called Average- John Mason unveiled the greatest enemy to dreams, visions, and personal development. John believed that your greatest enemy is someone that helps you settle for less than what God designed you for. You must grow your mind to a level where you are not comfortable with being surrounded by average-minded people. Maureen Dowd said, ”The minute you settle for less than you deserve, you get even less than you settled for.”

#3 INSECURE MINDS: Small minded people will become insecure with your big dreams. Insecure people will compete with you, instead of complimenting you. Chronic insecure people are toxic to your dreams. An insecure person will always ruin other people’s happiness, just because he cannot find his own. You need people with healthy self-esteem to invest in your dreams. Healthy self-esteem is the greatest asset of any person. It ensures that we see everybody as a collaborator and not a competitor.

#5 ENVIOUS MINDS: Every time you succeed, there are some people that die a little! Envy is the tribute mediocrity pays to genius. Aristotle said, “Envy is pain at the good fortune of others.” When men are full of envy they disparage everything, whether it be good or bad. Napoleon Bonaparte said, “Envy is a declaration of inferiority.” Don’t bring envious people into your ‘master-mind’ circle; they will bankrupt your dream.

If your dreams don’t scare you, they’re not big enough. If your dream is not envied, then it is not yet a dream, dream big. Be loyal to your dreams and inner convictions always, it will get you very far in life more than waiting for people’s permission. Henry David Thoreau said, “Go confidently in the direction of your dreams, live the life you’ve imagined”.

Walt Disney said, “All our dreams can come true, if we have the courage to pursue them”. Dream big but also take small steps towards the achievement of your dreams; you are never too young to dream. Dare to dream big! Take a leap of faith and unleash your potentials. Don’t downgrade your dream just to fit your reality; rather upgrade your conviction to match your destiny. The future belongs to those who believe in the beauty of their dreams.

Don’t ever give up on your dreams, and when someone tells you “It can’t be done”, it doesn’t mean you can’t do it; it simply means you can’t do it with them. Don’t ever let somebody tell you, “You can’t do something”. You have a dream you have to protect, and the right to live your dream is in your hands. Albert Einstein once said, “I am thankful for all of those who said NO(it can’t be done) to me. It’s because of them I’m doing it myself.”