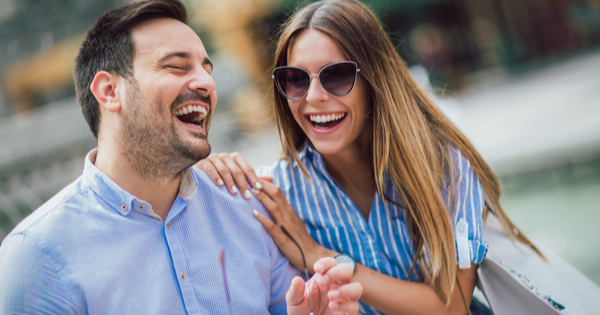 Immaturity lasts longer for some of us than others. A select few blossom mentally in our early teens, many come of age around their college years, and plenty delay a bit longer into their twenties before the maturity kicks in. Me? Let’s go with thirty-three years old, which was the exact age I met the woman who is now my wife.

Prior to this relationship, I was perpetually callow. My lifestyle was puerile, carousing and throwing away money at every opportunity that came my way. My life decisions were unworldly, eschewing real job opportunities and involving myself with investments I subconsciously knew were destined for failure. Even my fantasies were unsophisticated, as they all revolved around some form of me living like a millionaire artistic recluse who proudly shunned societal normality. This is who I had hoped to be.

I grew up middle-class by way of suburbia in a little province above New York City. My parents had a solid relationship, built a nurturing home, and I attended lavish summer camps, wanting for nothing. Our neighborhood was safe, my public-school experiences were unremarkable, and life, in general, was, well, consistently generic. We moved to Denver, Colorado when I was fourteen years old, which put my white bread New York childhood upbringing to shame. Life in Cherry Creek was about as sterile as you could get, and I became a snarky loudmouth who kept himself out of any real trouble. I did this because I felt destiny would someday release me from my cocoon, and I would morph into a verifiable loose cannon who took over Hollywood. This is who I had hoped to be.

College was a blur. Somehow, amidst a four-year haze of fraternity life, I had managed to acquire a Bachelor of Science in marketing from Indiana University’s Kelley School of Business. I was a C student during my best semesters, and I had no intention of sticking around the Midwest and joining one of the Big Six accounting firms after graduating. Los Angeles would become my home and striving to produce boatloads of juvenile content became my obsession. My aim was to be a renowned comedy scribe and throw lavish parties into the wee hours of the morning. This is who I had hoped to be.

Twenty-one to twenty-eight was a downward spiral. Okay, not the drugs and booze kind of spiral, more of a purposefully never living up to my potential kind of spiral. Hanging onto too many unimportant notions, worshipping false idols, bouncing from job to job, trying to make a quick buck, not properly educating myself on a consistent basis kind of gyre. All to keep some infantile dream alive of dropping off the grid and becoming a sought-after derelict writer. This is who I had hoped to be.

Thirty found me debt-ridden and bartending at one of Los Angeles’ premier hotels for Rock ‘n’ roll stars. And while I was ripening into a functional human with a firm plan to now become a real estate professional, my nighttime atmosphere beckoned me to remain childish. I partook of all too many available outlets, seduced by the never-ending flow of reasons to celebrate such a great job. My forward momentum stunted once again, I fell back into old habits, romanticizing a life and lifestyle that would forever be unsustainable. This is who I had hoped to be.

Today I am forty. I have a loving wife, an ebullient son, my own small business, and I self-published my first book in January of this year. I play tennis. Lots of tennis. My familial relationships are all on solid ground, my friend base is strong, my business network is humming, and my nights are spent reading alongside my soulmate. Life is better. So much better. The love of a good partner and the consistent heartbeat that is my son’s adoration keep me fit and happy. I write for passion. I converse for edification. I live so that I may share a great cautionary tale to others. This is who I was meant to be.

A.M. Pfeffer grew up in both Westchester County, New York and Denver, Colorado. He received a B.S. in Marketing from Indiana University’s Kelly School of Business and has lived in Los Angeles, California going on twenty years. He is at once a devoted husband and father and a ruthless recreational tennis player. His first book, OF, BY, AND FOR THE HANGED MAN was published in January 2019.

Facebook102TweetPin1EmailShares103
wpDiscuz
0
0
Would love your thoughts, please comment.x
()
x
| Reply
Share this ArticleLike this article? Email it to a friend!
Email sent!