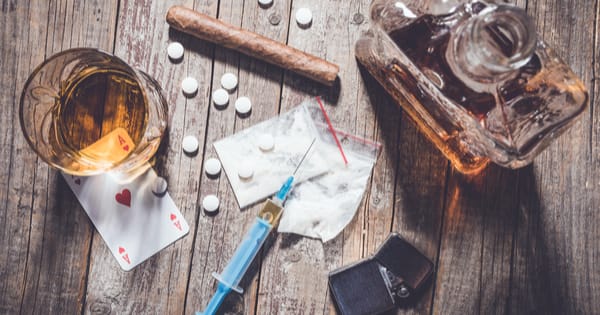 Addiction is defined as a disease by most medical associations, including the American Medical Association. It has been considered such for several decades. Even so, many people dispute this. So what has changed?

Admittingly, trying to decipher what qualifies as a disease and what doesn’t isn’t as simple as you might think. Picking up a medical dictionary will only leave you with more questions, and it leaves the door open for those who wish to argue against the American Medical Association or the U.S. Surgeon General.

Even with widespread acceptance of the disease model in the medical community, there are still a lot of people who aggressively dispute it. It seems that recently there has been an uptick in social media posts shouting things like “addiction is a choice, not a disease” or “you chose to take drugs, nobody forced you.”

Although drug use is a choice, having a substance use disorder is not. As I mentioned above, many other widely accepted diseases are caused in part by our behavior—our choices.

Stigma and resentment primarily motivate the anti-disease narrative, not the fact that a human choice is a significant contributor to the risk factors. Choosing to use drugs or alcohol does not guarantee that someone will become addicted, just like not all those who smoke cigarettes will develop lung cancer. These choices increase the risk of the disease, but they are not the only component.

If you think addiction is not a disease, it doesn’t matter. Calling substance use disorder a moral failing or personal choice is damaging to your peers and your community.

Leading cause of death

Overdose is now the leading cause of death for Americans under the age of fifty. More than 60,000 people will die this year in our country due to an overdose.

A 2013 study by the American Psychiatric Association found an estimated 22.7 million Americans were in need of treatment for a substance use disorder that had occurred within that year. Of those people, only 2.5 million received treatment.

According to those numbers, 90% of people with a substance use disorder don’t get the treatment they need. Multiple factors contribute to this such as poor access to treatment, lack of information on resources, or even an unwillingness to accept help.

I was always afraid to admit that I was struggling with substance use because of the attached stigma and social consequences that came along with the labels. Not wanting to be stigmatized by my peers, I chose to hide my substance use and didn’t ask for help.

I spent a decade of my life sick and struggled to scrape by. I would have rathered die in silence than be mocked by my community and stamped with the label of being a “junkie.”

When we label addiction as a moral failing, we are telling our peers that it’s unacceptable for them to take responsibility for their addiction and seek help. We unknowingly push them back into the shadows where they are desperately trying to save face by not reaching out.

Calling addiction a disease does not eliminate responsibility for the actions of those who are struggling, it allows them to admit their shortcomings and seek treatment without fear of being stigmatized and bullied. People with diseases find appropriate treatment.

We don’t need to agree that addiction is a disease to admit that it’s a public health crisis and people are dying at an alarming rate. Silence and lack of adequate medical treatment are killing those who suffer from addiction. A silence that is partly caused by stigma because those addicted fear being ridiculed and shamed by their peers.

Facebook39TweetPinEmailShares39
wpDiscuz
0
0
Would love your thoughts, please comment.x
()
x
| Reply
Share this ArticleLike this article? Email it to a friend!
Email sent!