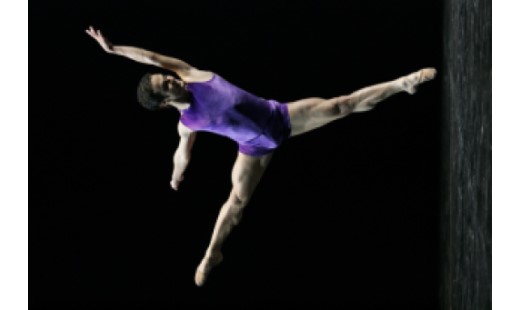 My grandmother would always call me clumsy if I stumbled, dropped an item I was carrying, or bumped into a wall, table, chair, or additional foreign object. It did not matter if I had gone years between such incidents or if there were extenuating circumstances. “You’re a clumsy MAN,” she would say in a condescending tone.

To her, men were inherently clumsy, and no amount of evidence to the contrary could change her mind.

I bought into her nonsense to some extent until my mother took me to see The Nutcracker. It was likely in the month of December but at least two decades before the time of this writing. In it I watched graceful yet muscular male ballet dancers prove my grandmother wrong with every leap and pirouette. I had trouble believing that these men had been born “clumsy” and worked their way out of it through ballet. They seemed to possess a cerebellum without flaw.

The same could be said about male cheerleaders, track and field stars, figure skaters, tight-rope walkers, gymnasts, soccer players, and various other athletic and aesthetic pursuits. While society may deem a soccer player more “masculine” than a cheerleader, what they both have in common is a (typically) muscular build coupled with gazelle-like grace. It’s a combination that most people of any gender would aspire to, and it certainly defies the stereotype.

On the other hand, there is evidence suggesting that men break their cell phones more often than women do. Plus men are more often associated with breaking things in general than non-males. Yet, this could be more indicative of higher rates of alcohol use — not to mention anger issues coupled with a lack of impulse control — among men than the klutz factor. It turns out that medical science provides at least 16 potential causes of clumsiness, and not one is directly tied to sex or gender.

Suffice it to say my grandmother’s favorite stereotype rests on shaky ground.