Get Daily Email
Join/Login CLOSE
Home / Advice & Confessions / Malibu Burning: Facing Down the Woolsey Fire and Finding the Stories in the Aftermath 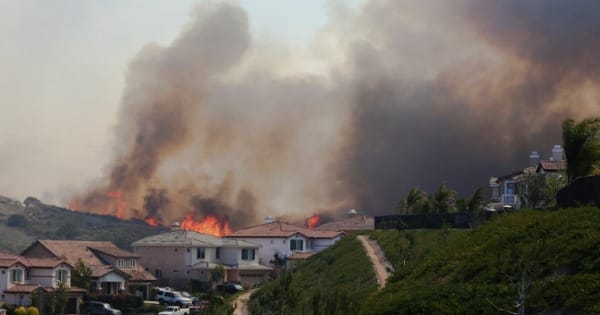 The Woolsey Fire, which burst alive in the mountains above Malibu in the early morning on Friday, November 9, 2018, turned out to be the worst fire Los Angeles has ever seen and one of the most destructive blazes in California history. The fire consumed 100,000 acres and forced more than 300,000 to evacuate. Nearly 2,000 homes and structures were lost. Three people were killed. In my Malibu Park neighborhood of 275 houses, approximately 180 were destroyed, and seventeen of nineteen homes on my street alone burned to the ground.

Ours was one of the few to survive.

At the time the fire advanced on my house, there wasn’t a single fire engine in the area, let alone planes or helicopters dropping water or fire-retardant chemicals. Somehow there were more children fighting the blaze than there were firefighters. My sixteen-year-old, Davis, was one of them. Garden hoses in hand, legs braced against the searing winds, he and I were pushing the very edge of judgment and safety in our desperation to protect our home.

Over a decade earlier, a surfer buddy, Tim, once told me what gear to buy for the inevitable wildfire. A longtime Malibu local, he’d fought many fires. He explained that the hydrant water would run out, so it was essential that I have a fire pump and my own water source. I glanced toward our hot tub and hoped it would be enough.

In our garage, I grabbed the giant blue jug of Phos-Chek that had sat untouched for years. I poured a bunch of the fire retardant into a canister we’d attached to the fire hose. My wife, Gardia, turned on the nozzle and blasted our house with foamy water while I rejoined Davis to keep wetting down the grounds with garden hoses. In that moment, the three of us moving in sync—Gardia sweeping the fluming spray back and forth across the siding and windows, Davis arcing water onto the plants, my own spray attacking the trees—I felt a surge of pride and exhilaration. We were going to beat this thing.

That’s when the fire left the ridgeline and lunged at us. One moment it was up there, the next it was right next to us. It may as well have teleported.

“We gotta go,” Gardia shouted. She dragged the hose down the driveway behind her, dousing every last inch of the house as she ran. She dropped it and jumped into her car.

I threw my hose down next to Davis, and fire exploded onto the ground between us as if it had been thrown. In seconds, we were in my car ready to follow Gardia. Through the windshield, I saw that I’d left the garden hose on. A sprinkler once broke on our property, and the water bill was astronomical. I jumped out of the car and started toward the driveway to turn off the water.

Embers and debris bombarded me before I could go ten feet. The blistering force of the wind nearly knocked me over, and I could feel my balance slip, the hairs on my forearm crackling along my skin. I bent to turn off the water and in a whoosh, like a blazing genie materializing from a giant lamp, a tornado made of fire appeared in front of me. At the far edge of the burning world, I heard my son scream, “Dad!”

And that was when I knew he was going to watch me die.

Writing a book about our harrowing experience was never a thought in my mind—until I received an email from the New York Times. An editor wanted to know if I’d heard any good fire stories. When I told him what my family had been through, he asked me to write an Op-Ed. The essay was eventually published by the Los Angeles Times.

I didn’t write anything else for a long time. A friend begged me to collaborate with him on a book about the Woolsey Fire.

“Or a movie,” he said when he came to visit me in the hotel my family lived in while our home was remediated from toxic ash and soot.

“We can interview people and find the best stories,” he said. “I heard one guy put on a scuba tank and jumped in a pool to avoid the flames.”

While I appreciated my friend’s confidence in me, I didn’t want to do it. Mainly because I had no idea how to do it.

“I’ve never interviewed anyone before,” I said.

My writing consisted of short stories and personal essays in literary journals, one Off-Broadway play, and a screenplay for an award-winning film. This would be investigative journalism, something I’d never done. I knew how hard writing was. Now I would need to arrange and conduct interviews, then try to coalesce them into something compelling.

“Thanks, but no thanks.”

Over two months later, a New York publisher emailed me. They were looking for a book on the fire and had seen my Op-Ed. It’s every writer’s dream to get a note like that, but I still wasn’t sure I could do it.

In the beginning, my interviews were terrible. I didn’t ask the right questions. I didn’t know how to identify a great story. But soon I developed a rhythm. I also made an amazing discovery. My day job for over twenty-five years has been serving as the CEO of a research and corporate intelligence firm. Whenever people ask what I do, I tell them I’m a corporate spy because it sounds exciting and even a bit dangerous, like fighting a fire. But I’m not dumpster diving or hacking into computer networks. What I do is simply talk to people, getting employees to tell me things they often shouldn’t.

It turned out the corporate intelligence calls I made weren’t that different from the interviews. I had to get people to open up. I had to convince people to relive the events that transpired so I could tell their stories. I started meeting with locals who’d lost homes, students who’d lost everything, folks who rescued hundreds of animals. I learned that the fire started on the site of a secret nuclear meltdown, which meant radioactive materials in the soil and in the burned vegetation were blown by the winds of the fire, landing elsewhere, potentially as far as the beach, over twenty-five miles away.

I began to realize that not only did I want to tell these stories, I had to tell them.

Someone needed to pay tribute to the men who saved the Paradise Cove mobile home park, to the two married female firefighters who saved an entire neighborhood with only garden hoses. How a couple in their mid-eighties used buckets to save their home and other homes nearby. How children operated hoses. And how, every once in a while, a celebrity pitched in. If not for the heroic actions of these individuals, Malibu would have been completely decimated.

I could also help homeowners be better prepared in the future and avoid the fate of so many in Malibu. From fire retardants like Barricade and Phos-Chek (which we applied to our home), to fire pumps, generators, and other types of equipment to have on hand, I could speak to the steps, many of them simple and inexpensive, that homeowners can take to protect their homes without even staying behind. With four of the ten worst fires in California history occurring in the last two years, extreme fires are becoming common—and getting worse—as evidenced in the last few months. These fires are burning into areas where wildfires haven’t normally occurred, which means more and more homeowners need to be ready.

Over the many months of writing Malibu Burning, I’d gone from an accidental firefighter to a reluctant wildfire expert.

But if my knowledge and first-hand experience can help anyone to save their home, then my book will have achieved its greatest success.

Robert Kerbeck is the author of Malibu Burning: The Real Story Behind LA's Most Devastating Wildfire, founder of the Malibu Writers Circle and a three-time nominee for the Pushcart Prize. Find him at robertkerbeck.com 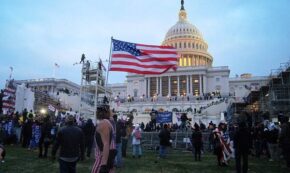 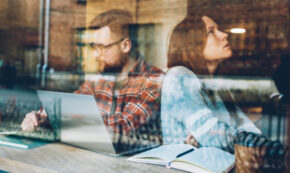 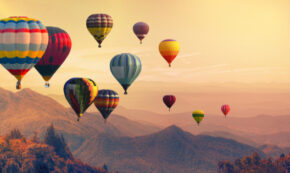 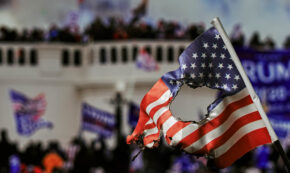