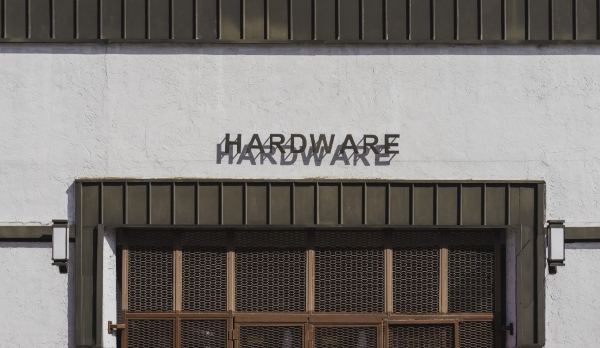 She is who she is.

I stopped looking for women to fill that role — fantasizing that after the honeymoon stage I could put her in a glass case, where she’d be frozen in some angelic state of safety and purity.

I needed my partner to be different as well.

I stopped trying to change my dad, and I’ll never have the type of relationship with him that I want. We’re just too different, but the good news is that we have a relationship.

I can accept that now, and we talk regularly.

I stopped trying to change my friends. They’re imperfect just like me. As Pia Melody would say, “perfectly imperfect.” You can get a lot out of a really good group of friends if you learn to accept them as-is.

I don’t try to change my clients either. I invite them to change, but only if they really want to.

Usually, people need a lot of pain to want to change, and no amount of asking, begging, pleading, or threatening from their partner, friends, or family will do.

This is not a story about getting people to change, but about accepting them for who they are and what they have to give.

It’s about choosing the right store.

There’s a phrase that I hear often:

“Don’t go to the hardware store for milk.”

In other words, stop going to people for things they can’t give you. “Milk” in this instance is whatever you need, but for me, it mostly comes down to love, validation, friendship, or a non-judgmental ear.

Unsurprisingly, I’d keep going back to unqualified people with unrealistic expectations, wasting years in resentment and precious energy in the process.

Here’s how I stopped going to the hardware store for milk.

I stopped living in fantasy

The love and protection we imagined we got from our parents, was based on what Robert W. Firestone calls The Fantasy Bond. We created in our minds a nurturing environment and idealized our caretakers.

Unfortunately, we keep going back to this hardware store in the sky for the sweet milk of our dreams. We’re attracted to partners who sell milk intermittently, or not at all, yet we imagine it’s ever-flowing.

We imagine that the milk is nourishing and complete, then spend our nights numbing out on cookies, or dating apps. We’re thirsty when there’s not enough milk.

I always imagined that one day I’d meet a princess who’d rescue me from the dungeon of my low self-worth and abusive inner critic. In that dungeon are thousands of empty milk bottles, and someone told me that the princess would fill them up.

I’d have enough milk for a lifetime!

However, she didn’t agree to that. In fact, I never even asked. I just assumed she would fill them because I needed her to, even though I tried to hide them.

Looking for love in unavailable people is going to the hardware store for milk. I avoid that now although the thrill of the chase is still intoxicating. Especially if they used to sell milk there.

When they stop selling milk at the hardware store, it’s best not to keep going back.

I stopped saying “If only…”

The hardware store sells fantasies instead of milk. They’re on aisle three next to the hammers, square pegs, and round holes.

When the fence is gone the cows run away. I can’t produce my own milk when that happens.

People who only sell hardware will often trespass if I let them, and stomp all over the grass. Cows don’t like trampled grass, and they produce less milk. Of course, I always ask if they brought milk with them when they walk onto my land.

“No,” they say. “I sell hardware…would you like to buy a wrench?”

I thought the people who only sell hardware would show me how to build a fence, and help me bring the cows back in. But their fences are faulty too.

Some people come to me looking for milk because their fences have large holes in them, and their cows ran away as well. They also let other people trespass on their land.

Other people have fences that are too high and you can’t see through them. Those people will show me how to build a fence, but only that kind. The kind you can’t get in and out of.

If the cows can’t get in and out, they don’t graze, and they starve. Starving cows don’t produce much milk either.

I canceled my membership

When you go to the hardware store for milk, you’ll likely walk out with a few boxes of anxiety and several yards of wasted time. There’s a member discount on resentments so you might as well get some of those.

Then, you can continue telling people that you don’t have any milk. It’s easy to identify with having no milk when that’s all you know.

You’ve been a member all your life.

Expectations are popular at the hardware store, and there’s a member discount on those as well.

I became protective of my milk

A lot of people come to me for milk, and that’s ok because I sell it.

However, there are those I stopped selling it to because they want to buy too much, or they want it for free. When I sell too much milk I don’t have enough for myself and others, and I don’t like that.

The important people in my life don’t like that either.

To reserve enough milk, I need to be mindful of who I’m selling it to and make sure my bottles are always filled.

Half the time I can fill them on my own, and half the time I need to buy some elsewhere. The people I go to for milk these days sell plenty of it.

“The first step toward change is awareness. The second step is acceptance.”

Loving people means accepting them for who they are and where they’re at, and just because they “should” meet my most basic emotional needs doesn’t mean they can — or want to.

There’s another item the hardware store sells, in the same aisle as expectations: shoulds.

No amount of yelling, avoiding, demanding, or “shoulding” has ever changed someone in my experience, so I stopped trying. I let go of the fantasy that one day they’ll be the person that I need them to be and became grateful for their assets.

Laziness, resentment, addiction to victimhood, and addiction to fantasy prevented me from seeking other sources of love, help, or just someone to listen to me. Expecting certain people to just listen, and not interfere, kept me in the hardware store for decades.

I kept reading the slogan, “This time it’ll be different.”

I didn’t trust other stores, or myself for that matter.

I also learned to accept that some people want to buy too much milk and trespass on my land, so I had to build a fence. Now my cows are strong and healthy, and they roam in and out when I choose.

In some of my relationships, there was a dormant fridge in the back of the store. It used to be at the front and stocked with milk, but it’s all gone now. The memory of milk remained, however, so I went back time and again.

Despite my dreams of the milk’s return, they only sell hardware now. I accept that, and my life is a million times better as a result.

To get weekly life & relationship advice, plus member exclusives, sign up for my newsletter.