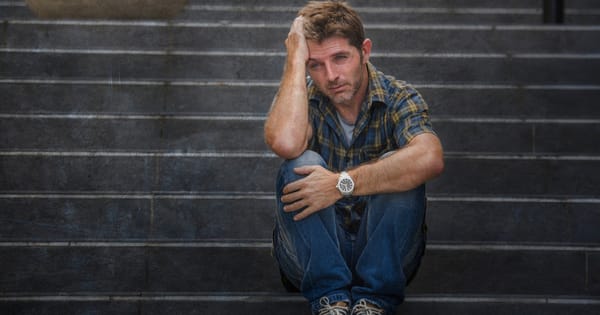 A social psychologist at the University of Virginia, named Timothy Wilson, recruited hundreds of undergraduate student volunteers and community members to take part in a study. Participants were placed in plain, sparsely furnished rooms without their personal belongings. Items like cell phones were prohibited.

The students underwent a series of tests lasting between six and fifteen minutes. Some were told to think about whatever they wanted, while others chose from prompts where they could think about things like playing a sport or eating at a restaurant.

Half of the volunteers said that they found these tests unenjoyable. They did not enjoy sitting alone with their thoughts.

Seeing this, Wilson and his team decided to take the experiment a step further. For 15 minutes, the team left participants alone in a room where they could push a button and shock themselves if they wanted to, causing them to experience pain.

The results were surprising, especially for the men. Even though all participants had previously stated that they would pay money to avoid being shocked, 67 percent of men and 25 percent of women chose to inflict it on themselves rather than sit quietly and think.

More than twice the amount of men decided to shock themselves with electricity than the women. Coincidentally, data from the 2011 National Survey on Drug Use and Health also shows that adult men have almost twice the rate of drug or alcohol addiction as women. I think there is a relationship between these two pieces of data.

Most of us sometimes experience negative or painful thoughts when left alone to think. Many people, myself included, like to use this time to beat up on ourselves and practice negative self-thought.

When left alone, we tell ourselves things that we are unlikely to ever repeat out-loud to friends, yet we can readily accept those thoughts as being correct when left trapped in our minds. Instead of allowing our thoughts to uplift us, we let the negative things we say to ourselves to overpower us.

When time alone is used as an opportunity to beat up on yourself for where you are or where you are not, and examine every wrong thing you have ever done, who would want to be alone with those thoughts? When you understand what more than half of the students were doing during their time alone, choosing electric shock suddenly seems like an acceptable alternative.

I don’t believe it is our environment that directly determines our behavior, but rather how we interpret our environment and deal with it. Many of us develop negative narratives that lead to self-defeating ways of thinking. It’s important to recognize if you’re doing this, and then work on ways to correct your thinking–becoming comfortable being alone with your thoughts.

Putting down the bat and looking forward to alone time

After entering recovery, it was easy for me to find reasons to be hard on myself. I had done a lot of damage to my own life over the previous decade and inflicted pain on the people closest to me.

I hardly slept for weeks and spent hours alone, beating myself up for things like the time wasted, money squandered, marriage destroyed. To work through these things, I first needed to put down the bat that I was using to pummel myself emotionally.

“As someone in recovery, I sometimes have feelings that I don’t deserve certain things in life because of past transgressions. Occasionally, I feel and act as if I have a debt to the universe that needs to be paid off before I’m allowed to be happy. It’s important to recognize past mistakes and learn from them, but I also need to remember to practice self-forgiveness. I need to give myself permission to experience happiness.”

The most important step to better managing your thoughts during time alone is to recognize when you are beating yourself up. Think about the things you are feeling and try to ask why you are so hard on yourself. Put down the bat and give yourself a break.

Facebook84TweetPinEmailShares84
wpDiscuz
Share this ArticleLike this article? Email it to a friend!
Email sent!