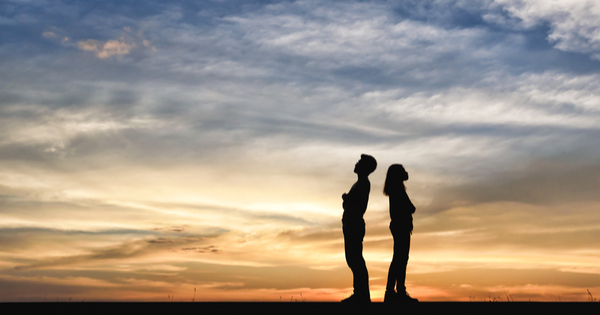 Without love we have chaos in our lives and in the midst of chaos we have rage, ecstasy and feelings of isolation. My father was always standing in the shadows of love, so afraid of being close to a human being, so afraid of intimacy. It took him years of constantly working on his character defects in order for him to feel safe and vulnerable. He was a product of a troubled history of dysfunctional male role models. I am his seed, the recipient of a history of struggle to balance power and self-esteem.

Since my father was a product of an angry, absent father, my father had trust issues and abandonment issues as well. My father for so many years, was not able to be in alignment of knowing and accepting love. He lived alone in the darkness of a house with many empty rooms. His large sense of unworthiness was silently passed to me. I was always hungry for his love. Years later, after his personal growth, we became close and started a new trusting relationship.

It took years of acceptance on both of our parts. We both had to come to a place of practicing unconditional love.

It is hard to be a man of wisdom and compassion when you do not have compassion for yourself. The absence of love steals the compassion from the heart.

There are so many angry men committing crimes of the spirit and are engaged in a civil war of the heart and mind. Gun violence, sexual violence, and family violence are the products of wounded hearts staying historically unresolved. Bottled up emotions can only burst in an explosion leaving casualties. One must get their needs met in a positive means or it will erupt in a response that clears the playing field and leaves dead bodies, victims of trauma.

I would have thought I would be reacting in a violent manner when communicating with a partner. But when under stress financially and emotionally, I cracked and raised my hand to my partner in the midst of rage. I almost went into an emotional withdrawal, because of my personal shock and disgust. I had displayed my father’s rage, the rage I grew up hating. It had become a living entity, awaken from a silent sleep. I felt powerless and so I lashed out in fear and anger. I had become what I hated seeing in other men. This event changed my life.

I realize I was operating from a state of powerlessness. I realize I was repeating patterns that had historically traumatized me. I had become the aggressor, trying to not become a victim. I realize I was standing in the shadows of love. I had not learned to fully support myself, honoring my place in life. I had not claimed by my character in the book of life,

When I had to bury my father, it was then and only then, I could completely forgive him for what I thought I had not been given. In the midst of the journey, I got a chance to forgive myself from absorbing the rituals of living occurring around me. We are products of our environment unless we take the pledge to change our old habit and make a commitment to creating new habits of productive, compassionate and empowerment.

My father ended up terrorizing himself, his family and all others who came in contact with him.   I began to repeat the cycle until I intentionally stopped the process, in order to create new habits of living in harmony with all others in the society. My father had made the same commitment. We had something else in common. We had a bond that was now sacred because we were both given the opportunity to be apart of the change, by starting with changing our personal actions, ourselves. We both had share a bond of anger and an unhealthy way of expressing our feelings and concerns to others. We both trained ourselves to evolve ourselves as men and human beings.

I forgave my father by omitting the complaints or resentments I had about him. I looked at the gifts of love he had given me, as a father and a man. After reading his personal diaries, I found out about his struggles and his triumphs. I saw his guarded heart revealed to me. I finally felt I knew him intimately, just as a human being, outside of being my father. I ceased to cry out in a questioning voice of why I was not given the love I needed. In reading my original poem about my father, for his eulogy, I was granted an opportunity to come into the alignment of forgiveness and celebration of his life. My expectations were not the issue, I had to see a larger vision, with a wider lens. It was time to be a grown up and not a wounded child. I had to forgive myself.

When you pass the baton of change you increase the possibilities of change and cease to be standing alone in the shadows of love.