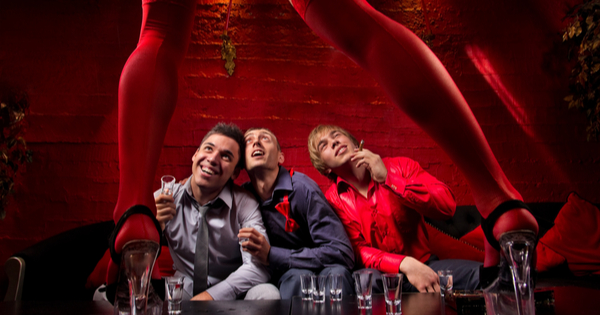 Whistler, Canada is full of good looking, laid back residents used to the somewhat more gregarious nature of American tourists barreling through their mountain wonderland. And yet, the server who came to our table of five guys seemed genuinely shocked for another reason.

It was meant as a compliment. Freshly showered with blazers, button downs, and lace-up shoes we appeared more like a classic literature club than we did the stereotypical bachelor party. We looked around at each other and laughed. But it got me thinking about the modern bachelor party.

It’s something I don’t really have that much experience with having only ever been to two. And its probably for the best. I’m not sure the impulse control of my 20s was adequate to survive a testosterone-injected, alcohol-fueled weekend of reckless abandon. I recently heard a guy in the airport discussing his bachelor party agenda with his buddies before their flight.

And while I know that’s not what every man wants or does for his bachelor party, it does feel like the most prevalent scenario.

I’ve always been a little averse to the enthusiasm bachelor parties elicited in men; the disproportionately high excitement for 72 hours of misadventure, strippers, and enough alcohol to subdue a Rhino. While I understand the interest in all of those things, the unreal expectations, the intensity of it all, is frankly a little scary.

Men talk about bachelor parties with a fervor that borders on fanaticism. There is this sentiment that if the weekend doesn’t turn into chaos, if there aren’t absurd stories… it was all a bust. And I’m not sure at what point that became the norm.

The first bachelor party I went to was supposed to be seven guys, but three had their flight canceled. “It’s probably for the best,” the groom said, “Somebody probably would have gotten into a fight.”

Something about bachelor parties puts a governor on limits, rational thought, and impulse control. Maybe it is the fear of what marriage brings. The old idea that saying “I do” means we are destined for a life spent wandering the aisles of Bed, Bath & Beyond. A fate only to be combatted by the man caves we build and retreat to.

As we get older, I think men fear things will never be as great as they once were. But that very much limits the definition of great; confines it to a specific set of activities based in a consequence-free, reckless abandon that was never meant to last.

But back to Whistler.

Our group of five was all over the age of 35. Which put us a solid six years over the average age a US male gets married. And while 29 might not seem particularly young, it is only four years removed from the point at which our brains have finally developed enough to truly understand consequence.

Because our groom was a well-dressed man himself, we all elevated our dress to his level. And we did very classy things; a fine steakhouse, a restaurant where they saber champagne, bottles of rosé. However, those things did not fundamentally change that we were still a group of five well dressed, highly educated idiots.

We bought multiple helpings of poutine at 2 am. We crashed mountain bikes our first time down the trail. We talked about childhood supermodel crushes and laughed at dumb jokes. There were drunken piggyback rides. Wet Willys. And the occasional backhand to the junk. We woke up with hangovers.

Nobody got in a fight. Nobody disappeared.

And I think that is what I loved about it most. There was a release without escalation. There were no challenges of masculinity. We drank at our own pace. Some of us didn’t drink at all. Nobody cared. It never felt out of control, or aggressive. It was just equal parts bonding and nonsense.

Men and women need an escape, to feel like we can still (to some extent) do the things we did when we were younger. It’s an incredible feeling to create a space where that is possible.

A couple of months ago I saw a dozen guys out at a bar for a bachelor party. They were all wearing identical t-shirts that said: 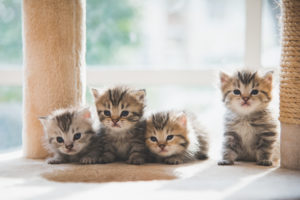 It felt dated. Like they were twelve men who had been raised in isolation. I wonder if any female had been privy to those shirts before they were created. Did any of the men think to show them to their wives or girlfriends or worry the shirts might be considered offensive?

As I start to think about my own bachelor party, I’m quite glad it will happen in my mid-30s. I’m a lot more comfortable these days with the things I like, and the things I don’t. If all goes well, there will be the perfect amount of class, balanced by an equal measurement of nonsense.

It will not mean I am any better than anybody else. It will merely mean I am OK rejecting the narrative of what a bachelor should be, and will be instead, what I want it to be:

A handful of my favorite idiots (perhaps even in blazers) laughing and sharing some time.