Get Daily Email
Join/Login CLOSE
Home / Advice & Confessions / What Are the Ethics of Inmates and the Prison System? 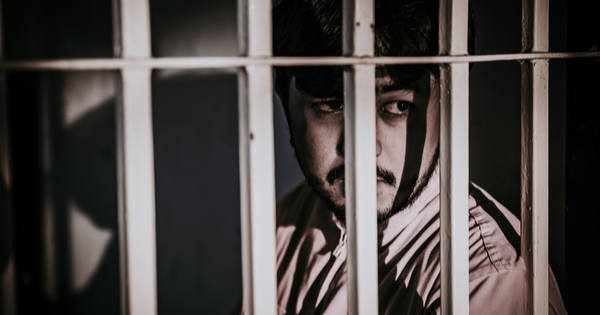 What Are Ethics? Are They Different Than Morals?

Generally, ethics are the distinct set of rules or guidelines that all you make consistent life decisions based on an internal belief system. This means that your daily actions are based on some broader set of beliefs. You believe broadly that it is more important to live a life of goodness. Therefore you may on a daily basis tip larger at restaurants or make it a point to say thank you more. The two daily actions are the ethics that you follow that stem from your larger inner belief of being a good person.

Ethics comes from the Greek word Ethos, which means custom or habit. The Roman politician Cicero gave the world the term “morals” as his equivalent word to “ethics” except it was the Latin version. So, generally, there is no difference. However, this isn’t the current case. In the first example, arguably the broader inner belief that you should live a life of goodness is part of your morals. Your ethics are drawn from your morals, just as a poodle is a type of dog (Dog = Morals; Poodle = Ethics).

What Is The Justification For The Justice System?

One of the most important justifications in society is rehabilitation, because society wants inmates to return to society and be productive members of a community. However, they can only do this if they learn how to ethically live inside a prison environment. If they let themselves go and don’t confine their actions to a set group of ethics they could leave worse than when they came in. Think of it this way. If you go to prison do you want to leave as a hardened criminal bound to return after committing another crime? Or do you want to leave after people call you a model inmate? There is a difference and the difference is an ethical code based on a solid moral code.

How Should Inmates Act?

They should act ethically. That is easy to say, but what does ethically even mean? Above it is described as a set of actions. But that seems circular. What rules do you base your actions on? Your morals? This still isn’t a very satisfying answer.

The real answer is that inmates ethics and actions should be based on a system of beliefs that they would use in the outside world to be successful. This doesn’t mean that they by definition need to be religious. Though religion has had an amazing successful moral and ethical development, it isn’t by definition necessary. What you call the moral code is a choice. It could be religion. It could be logic. It could be as simple as the Golden Rule. An inmate needs to act in the way he would if he were out of prison.

Is There A Benefit To It?

Completely. Outreach to inmates is a growing trend that helps them normalize outside world ethics inside the prison. You can do a federal inmate search easily on inmate-search.online to reach out or find a friend to help as an ethical coach. Think of it this way: The National Research Council recently released a study that coined and defined the term “deeper learning.” They stated “the process through which a person becomes capable of taking what was learned in one situation and applying it to new situations – in other words, learning for ‘transfer.’”

So, it appears what is important about the act of learning isn’t just about understanding something. An inmate can understand that they should be good in most situations. The key is that they are fully competent in acting in an ethical way in a new or unfamiliar circumstance or situation. If there is deeper learning based on practiced rules of ethics then an inmate is much more likely to be successful inside and outside the prison. An inmate will adjust better because their ethics are sound and based on a foundational understanding of situational morals.

Stephen Marshall is a Director of Be Basic CEO with extensive experience in marketing and financial services in Meridian, Idaho. My work has been featured and mentioned in a wide range of publication, including Tweak Your Biz, Mobile Business Insights, Social Nomics, Small Biz Club, Energy Central, Dzone, Biz Community, Blog Her and more.