Get Daily Email
Join/Login CLOSE
Home / Advice & Confessions / When I Say, ‘God Bless America’ I Say it From the Heart 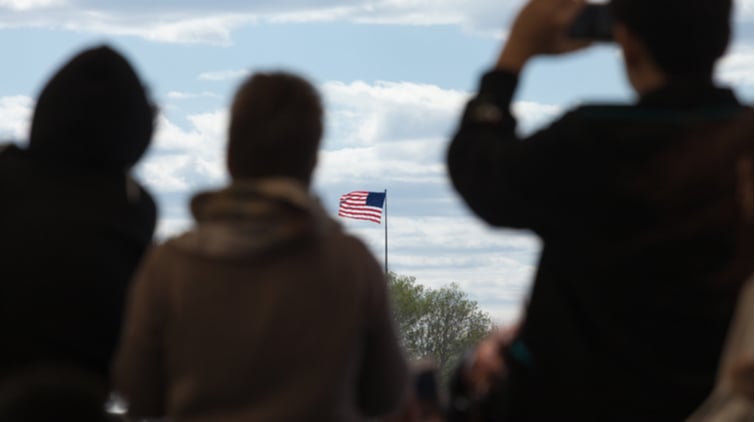 I was born and raised in Iran around big trucks and heavy machinery. My dad was a truck driver since I was five years old, so there wasn’t a time that I did not dream of someday operating those behemoths. I told people that repeatedly, but nobody would listen.  My father didn’t want me to get involved with trucks and neither did my other family members.  “Just become an engineer. Or become a doctor.” They would tell me how much more respect society has for educated people like doctors and engineers. I worked a bunch of jobs after high schools and considered the “respectable” careers also. None of it interested me.

And then one day I remembered the childhood story of “The Frog and The Fountain”.

A group of frogs were standing below a water fountain that was five feet off the ground. The people around the frogs said there was no way a frog could jump that high. A few moments later one of the frogs did leap that high. People grabbed the frog and ran all types of tests on it to discover what made this frog physically superior. But they found no difference between it and the other frogs. Shortly thereafter, they did discover this frog was different from the others in one way: it was deaf. It was not able to hear the people say that it could never jump that high and reach the fountain.

I decided at that moment that I would decide the direction of my life, not my family, friends, or teachers.  Shortly thereafter while attending a wedding reception, a friend (half in jest) suggested I meet him at his construction site and learn how to operate crane. Within weeks I was a skilled crane operator. I never forgot his generosity.

It was not long before I realized that the United States was where I wanted to be. I wanted more opportunities, and with the quality of life in Iran dropping frightfully because of the government, there was little incentive to stay. So, in 2007 I emigrated to the U.S. By 2011 my life as a crane operator was going well, but I felt as if something was missing. I realized that I wanted to help people who also wanted to work in manufacturing but who had never pursued it. I wanted to “pay it forward” and give others the same opportunity that my friend had given me. Just as I had been discouraged by others, I was sure there were many others who were similarly pressured.

In 2013 I started my school, where I train and certify people to operate all types of Hydraulic cranes. It has been very satisfying watching the success of the students. For ex., one of my son’s friends was interested in cranes, so he came to the school, became certified, and landed a job with a very good company. The young man posted on his Facebook page that he is now making more money than the teacher who once told him he was “useless and would never become anything.” We both had a good laugh about that. I told him the next time he sees that teacher he should say, “ I didn’t pull myself up by my bootstraps…I operated the crane that did it for me.”

“I didn’t pull myself up by my bootstraps . . . I operated the crane that did it for me”

Some of the most-talented and most-interested students have been Latinos who have difficulty with the English language. They don’t let that stop them. They know what to do and they work very hard.  It is very gratifying to see the big smiles on their faces when they pass the written exam, in English, and earn their certification. The only thing more gratifying is seeing the number of people from all types of races and ethnicities who have used their training to build better financial lives for themselves.

2013 was also a banner year because I became a United States citizen. When I say, “God Bless America” I say it from the heart. Whenever I encounter lost or troubled young Americans, I tell them, “I have seen what it is like on the other side of the ‘sea’.  There are big opportunities here.  Big opportunities that you cannot find anything close to on the other side of the sea.  ou are blessed that you were born in this Country. Do not take it for granted. And don’t think this opportunity you have is available everywhere else. No, it is not available everywhere else.”

Sometimes they listen. Sometimes they do not. That is okay. In the meantime, I will continue to help others as I was helped, all the while saying, “God Bless America”.

Facebook55TweetPin1EmailShares56
wpDiscuz
Share this ArticleLike this article? Email it to a friend!
Email sent!