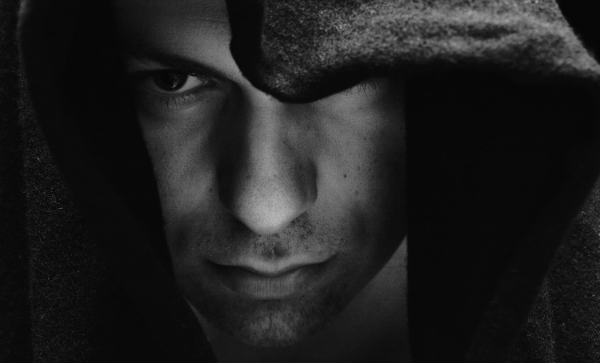 It was late on a Sunday night, and I was desperately searching for a place to buy insulin syringes. These small syringes are what are used to inject heroin, not like the large turkey baster looking devices you sometimes see portrayed in the media.

I knew which local pharmacies would sell them to me, but they were all closed. In a last-ditch effort to obtain just one single clean needle, I walked into the Maine Medical Center pharmacy knowing they were the only place open.

I was used to the awkwardness and shame of asking a pharmacy tech for a package of insulin syringes. It was something I did several times each week. Sometimes if there were people in line at the pharmacy, I would pretend to browse the aisles until I could approach in private, trying not to speak too loud when asking for what I needed.

I walked up to the counter with a friendly smile and made the familiar request: “Hi, can I please have a package of insulin syringes, 1cc, 31 gauge, short tip.”

As soon as the word syringes had barely finished rolling off my tongue, the young female pharmacy tech’s smile disappeared along with her eye contact. With her gaze pointed toward the floor, she excused herself to consult the pharmacist on duty.

I wonder what their exchange was like. Was it something like: “There is a junkie here asking for syringes, what do I do?” Did they feel as embarrassed as I did, standing in the brightly lit hospital asking if I could pay $5 for some clean needles?

State law doesn’t prohibit a pharmacist from selling syringes without a prescription. It’s left up to their discretion which drug users are allowed to protect themselves from disease and infection, and which ones don’t deserve that humanity.

Without coming out from behind the glass or acknowledging I was there, he sent her back over to shoo me away. This was a hospital, after all, they couldn’t be bothered by a sick person trying to reduce the harm of his disease.

Maybe the pharmacy staff thought they were enabling me by selling me clean supplies. However, they were not offering me any alternatives. I wasn’t given another option aside from leaving empty handed, so away I went.

I knew where there were likely to be discarded syringes on the ground, so I pulled over in one specific spot that I knew well. It didn’t take me more than a minute to find a discarded syringe. I picked that used needle off the ground, rinsed the dirt off, ran bleach through it two or three times, said a prayer, and used it to inject myself with heroin.

Unless you have been there, you’re wondering why I would do something like this. You can’t rationalize irrational behavior. Once addicted, the brain perceives the need for the drug on the same level of importance as survival behaviors like eating food and drinking water.

The emotional and intellectual brain systems, which generally contend with equal strength in a system of checks-and-balances, become unbalanced from drug use. The customarily balanced tug-of-war between the brain systems involved is stacked heavily in favor of the emotional need for drugs.

Our hospitals often feel the financial weight of people coming into their emergency rooms in crisis. Ask any doctor or nurse and they will tell you about the addicted people coming in with infections or blood-borne diseases. The secondary epidemic we are experiencing as the result of an increase in intravenous drug use is Hepatitis C among young people.

I was fortunate to recently meet with the leaders of several hospitals under the umbrella of MaineHealth. One of the things I asked them was that if we all sit here and agree that addiction is a disease, why are we treating it differently than any other disease walking through our hospital doors? The need for harm reduction and treatment options has never been more urgent.

Mid Coast Hospital has recently taken a step in the right direction. They are showing a willingness to take action and immediately address the needs of their addicted patients using one pathway or tool for recovery.

I’m lucky that I didn’t contract an infection, hepatitis or HIV on that night, but why did my chances of contracting these need to be reserved to luck-of-the-draw? We can argue that I made a choice myself to use unsafe methods of injection, but that’s the point. Someone suffering from the disease of addiction can’t always simply use rational thought and make a better choice.

Only a couple of years ago I was broke, divorced, unemployed, near death and injecting myself with heroin several times each day. I had pawned all of my property and resigned myself to die alone in the spare bedroom of my mother’s house, the only place I was still welcomed. Today, because of the opportunity to recover, I’m able to speak and bring value to the same hospitals that turned me away or didn’t know how to help me.

Facebook6Tweet1Pin1EmailShares8
wpDiscuz
Share this ArticleLike this article? Email it to a friend!
Email sent!