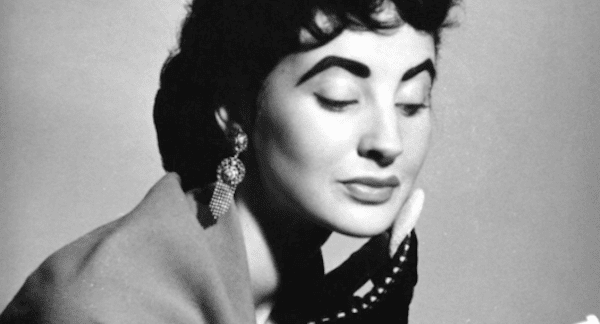 My father had found an integrated housing subdivision known as Glencliff, off of 47th and Market streets in Southeast San Diego. I lived a normal childhood life, going to school and playing with my friends until dark. The following letter from my father to my maternal grandparents was probably written in the spring of 1961—I was in grade six at the time. A response to this letter, received in December 1961, mentioned a letter and photos sent in May of that year.

Your last letter to Danny was happily received and I can understand that you are anxious to have news of him.

My work keeps me so very busy that I simply do not have the chance to correspond as I would desire.
I have several movie films of you and Danny which were made in 1951 at the seashore in France (St Aubin I think) also there are several other films of Danny and Sophie when he was a baby. You have never seen these films and I earnestly intend to let you have them as soon as I can dig them out from among my papers etc.

Danny is doing fine. He is healthy, alert and happy. He’s growing up to be a fine young man. Danny’s posture is straight as an arrow and he gets good marks in school. He is a good swimmer and he plays the accordion very well too, we will cut a phonograph record for you soon, and is mechanically inclined, having already constructed many model airplanes and boats.

Danny reads very much on diversified subjects and is a veritable storehouse of information on such subjects as snakes, birds, animals, prehistoric times, weather, stamp collection, trees, and vegetation, etc. We call him our walking encyclopedia. Of course, we have provided him with a good-sized collection of books to encourage his quest for knowledge.

Danny was selected secretary-treasurer of his Boy Scout Troop and on Sunday mornings he delivers newspapers. He has 25 regular customers and earns about five dollars ($41.36 purchasing power in 2018) per month which he uses for his personal incidentals.

Danny is a prudent spender and saver. The telescope picture herein is one item which he bought with his own money from savings supplied by relatives plus his own earnings.

Danny sings in the school choir is greatly admired by many of his associates. Danny is a great lover of animal life and has had many pets during the last few years included are birds, frogs, lizards, a small nonpoisonous snake, turtles, fish, plus others.

He recently spent one week at camp in the mountains and is now planning a weekend fishing expedition plus another 15-day visit to the mountains with his Boy Scout troop.

Yes indeed, I’m very proud of the fact that Danny is growing up to be such a fine young man, and I think you would approve of the guidance and teachings I’ve provided for him. Certainly, I’m doing my utmost to provide every advantage to enhance his development.

In closing, I wish to express my sincere wishes to you for best health and welfare and I want you to know that what differences which had passed between us has not dimmed my admiration for the many fine qualities you, madame and mister possess.

Growing up in San Diego was wonderful. I had many friends and girlfriends of all races and ethnicities. We would play dodgeball, kickball, and baseball in the street until the street lights came on. Monopoly, Parcheesi, card games and pick-up sticks were some of my favorites. I learned to swim at the Boys Club of America, and living near a canyon edge, my friends and I would explore their depths and pick and bring home wildflowers for our mothers, as well as the obligatory tadpoles. I had an ant farm and spent hours watching ants tunnel and build their home. However, my mother would not let me keep them in the house.

Elementary school (Chollas and Horton) back in the 50s and early 60s was not like they are today. We could come to school early and gather playground equipment and play on the school grounds until the bell rang for classes to begin. We had a 15-minute recess in the mornings and a 15-minute recess in the afternoons with an hour for lunch. In fact, if we had time left after eating lunch, we could gather up the playground equipment and play until the bell rang. Baseball, kickball, and tether ball were my favorite games. We could also stay after school and play with the school equipment as long as our teacher was still in school. But when she left, we had to return the equipment and go home. Nevertheless, the school playgrounds were always open and we could come on the grounds and play using our own equipment.

During the summer, my elementary school had activities for the neighborhood kids. Most of these activities included some sort of crafts such as paintings, ceramics, etc. Of course, we could always check out playground equipment for neighborhood baseball or kickball games. But Friday afternoons were my favorite, for we got to watch movies for a dime, in the school auditorium. My favorites where “Heaven Knows, Mr. Allyson” starring Robert Mitchum and Debra Kerr, and, “The Unforgiven” starring Audrey Hepburn and Burt Lancaster.

In 4th grade, after lunch, our teacher would read to us. I always looked forward to that part of the day. My favorite story was “The Boxcar Children” by Gertrude Chandler Warner. The story completely engaged me with the antics and survival of a close-knit family of children living in a boxcar.

In 5th grade, I was voted to play Daniel Boone in the school play about Daniel Boone. I guess I was voted the part because of my name. I was so excited to be playing this part that I memorized all my lines that night. The play was a success and I received many accolades for my performance. However, during my year in 5th grade my father began to look for a place to build his own home instead of renting one side of the duplex in Glennclift.

His search for a suitable piece of land to build his home first took him to La Jolla, but because he was black, the owners of the land wouldn’t sell to him. He then tried to buy land over-looking Hwy 94, across the street from the land that would eventually become Johnson Elementary School in Southeast San Diego, but once again was denied because he was black. He was finally able to purchase land and build his home (one that he designed) about a mile or two farther down the road from where the Hwy 94 lot had been for sale. Because he was black, he had to put $10,000 down and take a mortgage of 7.5% when other military veterans were able to purchase homes with $0 down and a 4.5% mortgage. At the time, the cost for constructing his home was about $20,000 ($165,452.35 —2018 purchasing power.) This home was about 3/4 to a mile east of Glencliff and about 1/4 mile from the elementary school I had been attending.

For me and my brother, there was no change in our school. I really enjoyed 6th grade and my favorite activity of all times in elementary school was 6th grade camp. We in San Diego had the opportunity to attend camp for a week in the mountains—the cost was $45.00 ($359.00 in 2018 dollars.) My class attended Camp Marston. If my memory serves me correctly, these camps were former CCC camps. We lived in cabins, did craftwork, hiked at night, studied nature, cut trails to name some of the activities. By the way, each cabin was assigned specific duties on a rotating basis to keep the camp, kitchen, and dining room clean.
—

Facebook30TweetPinEmailShares30
wpDiscuz
0
0
Would love your thoughts, please comment.x
()
x
| Reply
Share this ArticleLike this article? Email it to a friend!
Email sent!