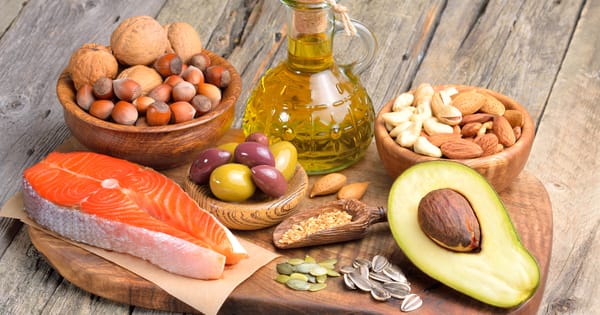 We’ve all heard the horror stories of clogged arteries. “Yep, John Doe was a 30-something-year-old, and thanks to his diet, he’s just had a heart attack!”

Fat has been demonized by the media over the past few decades, and while it’s bad to consume too much fat, it’s almost just as bad if you don’t consume enough.

Saturated fat is a very important part of everyone’s diet, especially men. While women need it too, research has shown that men need more fat in their diets than women.

So, with that in mind, let’s talk about why you should eat more fat… and why it’s not as bad as you’ve been told!

Yeah, that thing right between your ears, that you use to do pretty much everything? It’s comprised almost entirely of fat… and it needs dietary fat to function properly.

That isn’t to say you should have too much, however. Studies have shown that diets high in saturated fat actually exacerbate the cognitive decline in lab rats.

This being said, saturated fat is critical for brain health. Your brain is comprised mostly of fat, so it relies on dietary fat to repair itself and maintain homeostasis.

In fact, a study conducted by researchers at the Curtin Health Innovation Research Institute found that saturated fat is very important for “plasma lipid homeostasis,” or in other words, it’s important for your brain’s natural self-repair mechanisms.

So, the next time you’re thinking about ditching the eggs for breakfast, consider just having one or two to get the brain-boosting benefits of saturated fat.

It’s no secret that hormones are important for our day-to-day lives. Without the right balance of hormones, we can become highly aggressive (too much testosterone), or highly emotional (too much estrogen). Just ask any girl going through her menstrual cycle!

Without the right balance of dietary fats, it becomes difficult for your body to maintain a proper balance of hormones… especially testosterone.

In fact, according to a paper published in The American Physiological Society Journal, dietary fats seem to be strongly correlated with resting testosterone levels:

As any good doctor knows, having high testosterone levels is important for focus, mood, and overall physical health, in both women and men. So, the next time you’re worried about munching on those walnuts or eating that steak, think twice.

Now, I know what you’re thinking… “What? How is fat GOOD for cholesterol levels?” I used to think the same thing, until I noticed a growing body of research that goes against the grain.

Over the past decade, numerous studies have emerged, questioning the old adage that more dietary fat meant more cholesterol. In fact, some recent studies have even shown that saturated fats from the right foods can actually decrease cholesterol levels.

Take, for example, according to a recent analysis on Coconut Oil and Cholesterol published at Health Line, and reviewed by Dr. Debra Rose Wilson.

In the analysis, they stated that coconut oil is actually good for cholesterol levels, due to its high concentration of medium-chain fatty acids.

See, the “saturated fat is bad” myth doesn’t tell the whole story. A lot of foods that have saturated fat (such as coconut oil), also have other highly important nutrients, such as:

In fact, in a study published by the European Journal of Clinical Nutrition, researchers found that coconut oil actually decreased bad cholesterol, and increased good cholesterol.

How’s that for flying in the face of modern medicine? Most modern thought on cholesterol was based off the China Study, which scientists now know was extremely flawed.

In addition to this, there’s a growing body of research which shows that dietary fat consumption is not only important for health, but actually good for it! So much so that the American Heart Association recently updated their dietary fat guidelines.

We live in a world where we’re constantly bombarded by advertisers and doctors telling us that consuming dietary fat is bad for our health… and that we’d better stop now!

…and while too much is certainly not a good thing, more research keeps piling up, telling us that dietary fats such as saturated fat, monounsaturated fats, and omega 3 fatty acids, serve a critical role in keeping our bodies in tip-top condition.

In fact, some men have even claimed to feel better when following a strictly steak and eggs diet… and while I can’t recommend this for everyone, some men do have positive results on it.

All in all, be sure to do your own research. Your doctor can help you create a dietary plan to tackle your own unique needs and health, but either way, don’t demonize the fats!