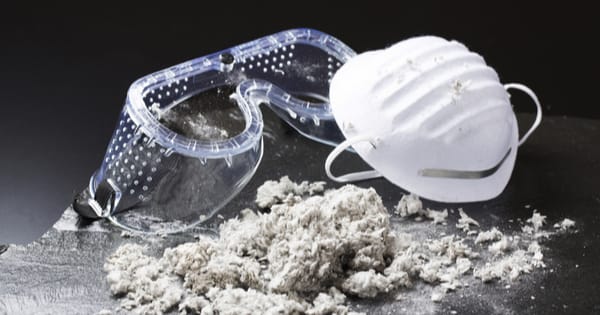 Asbestos is still a major health concern, and while there is no denying that it’s the cause of major health issues, and death, the problem still exists because we are still exposed to it on a regular basis. For more than one hundred years it has been used in constructions, with roofing insulation and fireproofing materials being the biggest contributors.

The problem is the particles become airborne and they are breathed in by those around them, which leads to sickness, cancer and ultimately death. With all we know about the dangers of asbestos, you would think there would be action to make sure it wasn’t used moving forward.

To help you understand the reasons why asbestos is still a huge health concern Belluck & Fox, a New York mesothelioma lawyer, has highlighted five bullet points that are eye-opening. The more public exposure to this, the better informed we can all become.

Because asbestos was used in nearly all construction back in the day, it can be found in more than 20 million homes across the United States. These older homes have it in the insulation, flooring, roof, pipes and even in the ceilings.

Aside from in-home, it is found in certain clothing material as well. How scary is that? While everyone knows the dangers associated with it, asbestos is still legal to use, and because of that, it’s still found everywhere. Yes, even with the dangers to exposure proven and well documented.

Generations have been exposed to asbestos and millions more will become exposed to it over time.

The United States imports so many products from overseas, and as more companies look to cut costs and turn to overseas manufacturing, they are putting many at risk by bringing products and materials over to the U.S. that contain asbestos.

Everyday shipping containers arrive at U.S. ports that are filled with products that contain asbestos, and as long as this continues without regulation, there will be no end in sight. This only continues to amplify the problem, doing nothing to help solve it. We are essentially throwing gasoline on the fire. It’s going to get worse before it gets better.

3. Asbestos is responsible for more deaths than skin cancer.

Asbestos-related diseases are responsible for more deaths in the United States than skin cancer, according to the U.S. Centers for Disease Control and Prevention, with that number to be estimated at 15,000.

The most common is mesothelioma, which is a fast-acting cancer that destroys the lining around major organs. Those suffering from this disease often die within months, as it’s a very aggressive disease. There are also several lung cancers that stem from inhaling asbestos particles, especially long-term exposure. Most diagnoses are in individuals that worked for years being exposed to the materials, without protection.

One of the most shocking facts is that asbestos is perfectly legal — there is nothing prohibiting and companies from excluding it from their manufacturing. The EPA has long sought out to ban its use, but the asbestos industry battled them in court, eventually winning, which killed the EPA’s rule that was from 1989.

While many countries have banned asbestos, the United States allows companies to manufacture it and they do nothing to safeguard the public from being exposed to the material. This is frightening stuff, and you wonder why the U.S. fails to take measures into the well-being of its citizens.

5. There isn’t an acceptable exposure level.

The reason asbestos being legal in the United States is unacceptable is the fact that there is no safe exposure level. The slightest exposure can be responsible for many forms of lung cancer as well as mesothelioma, making even a single exposure occurrence a possible death sentence.

The only way to avoid these deadly diseases is by avoiding it entirely, but that is difficult as many products and building materials contain asbestos, and even the slightest amount can provide deadly.