Editor’s note: This article is presented for informational purposes only and is not meant to diagnose or treat any illness. If you have any health concern, see a licensed healthcare professional in person.

Who wouldn’t want to “defy aging and live younger”?

The creators of SeroVital claim to have come up with just the solution—and they’ve packaged it in supplement form.

This article looks at both the research and reviews of SeroVital hGH to look at what it is, what it claims to do and if it actually works.

What is SeroVital hGH?

SeroVital is a dietary human growth hormone (hGH) supplement made by SanMedica International, who claims it promotes anti-aging.

It contains amino acids and an Asian herb (Japanese Catnip), which the company explains will stimulate the body’s production of hGH.

SeroVital received a huge boost of sales after Dr. Oz featured the product on his show.

The company claims the supplement can:

SeroVital is available in liquid, powder and capsule form.

They also offer wrinkle serums and anti-aging creams, but our focus here is on their SeroVital-hgh product.

The active ingredients include five amino acids and one herb:

The first five ingredients are essential or conditionally essential amino acids, meaning they are not produced in the body or are in limited supply.

Amino acid supplements have been found to raise serum hGH levels, but only at very high doses (likely higher than what’s in SeroVital) or when taken without exercise (1, 2).

These type of supplements can also increase hGH levels, but only in the short-term (3, 4).

Schizonepeta, or Japanese Catnip, is a medicinal herb from China and Korea that has some anti-inflammatory effects and has been used to treat allergic skin reactions (5).

Summary: SeroVital contains five amino acids and an Asian herb known as Japanese Catnip. On their own, some of these amino acids can increase hGH levels, but only under certain circumstances, while Japanese Catnip may display some anti-inflammatory effects.

hGH is produced in the pituitary gland, located in the center of the brain.

It plays important roles in bone and muscle growth, body composition, and cell repair and metabolism. It can boost strength and exercise performance, and speed up recovery times as well.

It’s also directly related to body fat levels. Those with higher body fat typically have lower hGH levels. However, you can naturally increase your levels simply by losing weight (6).

hGH levels rise after exercise and sleep, and more is produced at night than during the day. Overall, hGH gradually declines as you age, so many believe that increasing its levels will help you age slower.

SeroVital’s biggest claim is that it can stimulate your body’s own production of hGH “without the cost or controversy of synthetic injections.”

In fact, they say it can boost hGH levels by 682% just 2 hours after a single oral supplement has been taken. This is among “a broad range of ages and BMI’s and included both genders.”

However, this number comes from SeroVital’s own 2012 study, which only involved 12 men and 4 women—all in their 30s. No peer reviews or other studies on SeroVital have been performed to prove this (7).

Summary: hGH is naturally produced in the body, and is crucial to growth, body composition, cell repair, strength, metabolism and recovery. Levels of hGH decline as you age. SeroVital claims it can boost hGH levels by 682%. However, this is only supported by their own, very small clinical trial.

Other Reported Benefits of SeroVital

By boosting hGH levels, SeroVital comes with many other benefits, at least according to their website.

These benefits may be seen in both men and women and include:

But in smaller type, they also state: “Whether these GH changes persist over a longer duration or have other positive effects is being further examined .”

This means the company’s own study only showed an increase in hGH. There was no report of the participants experiencing any other benefits.

Will SeroVital Help You Lose Weight?

Most people are interested in SeroVital to help reduce body fat, but no official studies have been done to prove this.

Many bodybuilders take amino acids for this reason, but studies on their effectiveness are either conflicting or not too convincing.

In particular, one study found that oral supplementation with amino acids capable of increasing hGH saw no greater increase in muscle mass and strength than strength training alone (8).

Even SeroVital’s happy customers aren’t totally convinced any weight loss they’ve experienced is directly due to taking the product. Such reviews look like this:

It seems that going the old-fashioned route for weight loss—focusing on a well-balanced diet and exercise—is likely far more effective than SeroVital.

If this speaks to you, I recommend starting with these 77 proven ways to lose weight .

Summary: As SeroVital boosts hGH levels, the company also believes it can improve sleep and mood, increase energy and muscle mass, and reduce body fat and wrinkles. Aside from some customer reviews confirming this, there is no evidence SeroVital offers such benefits.

From their website: “All of the ingredients contained in SeroVital have a history of safe use in healthy adults. While SeroVital has been shown to trigger a 682% mean increase in hGH levels, it is important to recognize that this increase is still within a physiologically normal range.”

That said, some customers have reported significant side effects, including:

One reviewer even mentioned that the product could have possibly exacerbated her breast cancer.

At this time, it’s also hard to say what long-term use of SeroVital could do. Some of its individual ingredients can have their own side effects, especially when taken in large amounts.

For example, excessive oxo-proline in the body can cause metabolic acidosis (8).

Summary: SeroVital typically has few side effects, though some customers have reported experiencing swelling of hands and feet, headaches, fatigue and acne.

SeroVital’s 30-day supply comes in at $99.00 and is available on their website along with online retailers like Amazon, GNC.com and Ulta.com.

The average rating of the capsules between these three retailers comes in at around 3.7 out of 5 stars.

Some people have reported noticeable positive effects on their energy, mood, weight and skin. Most have seen little improvement, but are still willing to keep trying the product.

The most unsatisfied customers saw no change, experienced side effects, or felt the product was too expensive.

And here are some of the negative reviews:

Summary: At $99 for a 30-day supply, SeroVital doesn’t come cheap. Among main online retailers, the average rating for the product comes in at around 3.7 out of 5 stars. Happy customers report positive effects on their energy, mood, weight and skin, while many unsatisfied reviewers saw no change or thought it was a rip-off.

Is SeroVital hGH a Scam?

SeroVital’s major claim is that it can boost growth hormone (hGH) levels up to 682% and can therefore promote anti-aging.

According to the company’s claims, this increase in hGH can also help you reduce body fat, increase lean muscle mass, boost mood and energy, improve sleep and reduce wrinkles.

However, there is no evidence to back up any of these claims. Even SeroVital’s own, very small clinical trial only showed the 682% hGH increase; it didn’t track what benefits this boost may offer.

There’s also no telling what the long-term effects of using SeroVital may be. The company does state this, though:

“Upon discontinuing use you will no longer be nourishing the body to increase hGH levels. You can take SeroVital for however long you want, and you can stop whenever you want. There are no “withdrawal” symptoms if you stop taking it… other than feeling your age!”

This means, you’d need to keep taking SeroVital to realize any of its potential benefits, and at $99 a month, this gets quite expensive.

This follows a similar approach to other products that come with pretty extravagant claims (and often Dr. Oz endorsements) like weight-loss “miracles”forskolin and the Thrive Patch.

Instead, you could supplement with some of the individual amino acids alone, or simply do what works: improving your energy balance.

After all, your body responds best to diet, and can already boost its own levels of hGH with some good quality sleep and exercise.

This’ll also save you the stress of throwing away all that money—which would probably age you just as fast anyway! 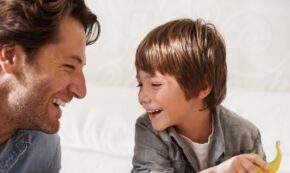 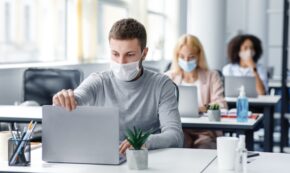 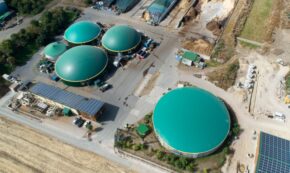 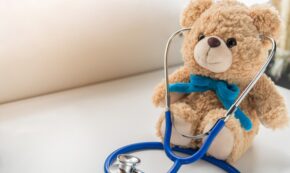 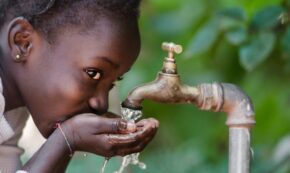