Get Daily Email
Join/Login CLOSE
Home / Health & Wellness / How to Keep up to Men’s Roles in Today’s Society? 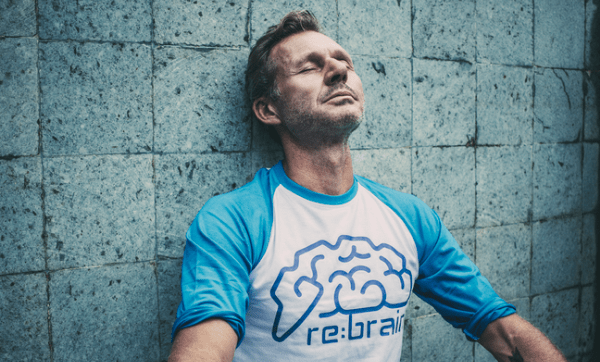 Lately, we hear a lot about the man’s role in the 21st century. Progress has brought about changes in our lifestyle, habits, common beliefs and values. One of these changes is the tendency for men to evolve from career-focused and achievements to embracing family life and values. This often leads to a new set of “labels” such as the Involved Dad, the Stay-at-Home Dad, the Emotional Man, the Caring Man and more.

Along with informational progress, and progress on the homefront, woman’s and man’s roles start to meld in all aspects of society. The border becomes even more ambiguous when women get more involved in so-called masculine work, and men start doing “women’s work” like dental assisting, nursing, teaching and so on. Assigning gender to those jobs was always arbitrary, and now people are pointing out just how arbitrary it was.

The Shriver Report Snapshot reveals that the “American Dream” for the man is no longer having two cars and garages along with a big house, but it involves family values, healthy relationship with a spouse and children which outweigh material goods and financial success outside of the home.

As a result, today’s men are very different from their father’s and grandfathers’ generations. They are not afraid to express emotions, they do not feel ashamed to do bigger scope of work and express feelings to women. Today’s men are more family oriented.

Not all changes are good

There are also negative changes. Men in the US are more likely to commit suicide and are more likely to engage in abuse, violence and sexual assault than women. According to the Huffington Post, 43% of men versus 57% of women get a post-secondary education, which lead to more managerial jobs afterward. Yet, men are still asked to be the providers—often for the simple reason that they cannot give birth to children. Today the society expects from men to be everything—the caring fathers, loving husbands and business leaders, without giving out even any advice on how to balance between so many spheres of life. Luckily, the technological progress which has helped bring us closer to equality between both sexes has also offered a solution to manage everything too.

An innovative device for self-improvement 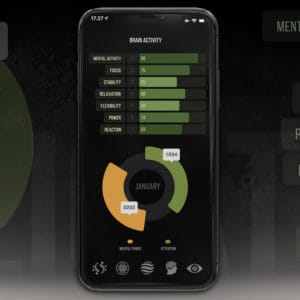 Let’s look at a highly technological device that can literally be your life-changing gadget. This is a neuroheadset which looks similar to stylish headphones, and it is called Re:brain. This device monitors, interprets and sends back signals to your brain in its language of brainwaves. Hence, an owner of such device is allowed to change the current emotional and cognitive states for the desired effect.

It’s well-known that our brain produces different waves, such as Alpha, Beta, Delta, Gamma and Theta. Each of them is responsible for different mental states and let us get mobilized, process information faster, relax, meditate, express creativity, act on peak performance, reveal potential and so on.

How Re:brain can be of help

These two skills differentiate the line managers from top managers, as they allow coping with difficult situations, making decisions and stay calm regardless of how high the stakes are.

Do you know what sportsmen and athletes do the day before competitions? They try to sleep properly. Insufficient or ineffective sleep multiplies stress level to the daily life. When a person doesn’t know how to relax properly, it causes irritation about anything and everything, nervous disorders, insomnia and etc. Every working man, who also wants to be a loving father, husband and stay productive at work needs regular and proper rest.

Numerous comedies show men forgetting way too many things. Especially when it comes to a family, they tend to forget the dates of anniversaries, birthdays and promises they made. This can be justified with a selective memory, which allows men to keep only the most important and priority information. But what if we told you that the infinite frustrations from your spouse, girlfriend, mother and children will be over, because suddenly you will feel like a new HDD drive has been installed in your head? Re:brain knows which brainwaves need to be activated to improve your memory and make you feel sharp and focused.

When we are talking about creative potential it’s not limited to arts only. In fact, marketers, businessmen of all kinds and GMs also need this quality if they want to act unexpectedly for their competitors. This is exactly what makes people to stand outside of the box. The abilities of Re:brain go beyond this list of examples above, as the headset can solve many tasks. Another greatest beauty about it is that it can train you to switch to the desired mental states by developing new habits. Your brain will soon start producing the right brainwaves for coping with challenging situations on its own. As a result, you will be able to calm down in stress situations, get focused, improve productivity and do many other necessary things with a power of your mind and without wearing the Re:brain. Yet, like most other things in life, you need to train yourself wearing the headset until a new useful habit will  be developed in you.

All you need to do is wear the headset, activate an intuitively simple App on your Smartphone or a tablet. After Bluetooth connection is established, you will see the monitoring of your current mental state on the screen of your device and you will be able to set the desired one. Immediately after this, Re:brain will start transmitting one or multiple brainwaves to your head. And that’s it, you can continue doing your regular stuff while Re:brain does its job. Every second will get you closer to the mental state you want to reach.

Re:brain is much more effective and safer than any tranquilizers that may become addictive at one point. The development of the headset has started since the late 90s in Silicon Valley, California.

We believe that Re:brain can help men achieving more in this hectic world and constantly changing expectations. Moreover, we believe that this one-time investment can turn any man into a better version of himself, get closer to the perfect version and exceed all expectations that other people have from him.