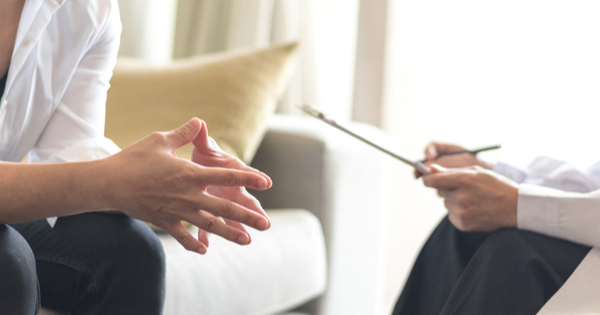 Millennials are experiencing more psychological symptoms and mental distress than people of their age group ever have before. Of course, there are a variety of factors involved. We’re living through an era of economic difficulty, as well as the meteoric rise of social media (the use of which has been linked to both anxiety and depression). Unsurprisingly, the number of people visiting psychiatrists has also risen steeply, to the point where, as a nation, we’re now experiencing a shortage of psychiatrists.

And regardless of why people are more mentally ill (or if, as some might argue), we also know this: we’re no closer to curing depression, anxiety, schizophrenia, or any other widely-diagnosed psychiatric problem than we were half-a-century ago. This is despite a massive increase in the number of psychiatric visits and medicines prescribed.

If the practice of psychiatry is more prevalent than ever and there are more patients than ever to work with, why aren’t we seeing better results? The answer is simple, if concerning. The fact is, the current model of psychiatry — from the way it’s thought about to the way it’s practiced — doesn’t address the root causes of psychological problems. In fact, a recent study out of the University of Liverpool asserts that psychiatric diagnoses are scientifically meaningless, and frequently unhelpful to the patient.

The authors’ conclusions were based partially on the fact that the Diagnostic and Statistical Manual of Mental Illnesses (aka the DSM) barely mentions trauma as a factor in illnesses like depression and anxiety, when a growing body of research has highlighted trauma as a major factor. The overall problem is that current scientific knowledge simply doesn’t explain mental illness as we know it, and mainstream treatments for psychological issues frequently fail to lead to significant positive changes in patients’ lives.

There seems to be a link between the biomedical model upon which psychiatry is based, and its failure to alleviate mental distress. This is in large part due to the fact that most psychiatrists want to apply quick fixes in the form of psychotropic drugs, which in the best case treat symptoms, not causes.

Integrative medicine takes the opposite approach. An integrative practitioner doesn’t assume your psychological distress is the result of nothing but a chemical imbalance — he or she wants to find out what is causing that imbalance, whether it’s related to past trauma, chronic untreated disease, poor diet, or something else.

Treatments recommended by integrative practitioners are also healthy for your body, not harmful (unlike many psychiatric medications). They’re likely to have a positive impact much sooner, and don’t carry the risk of withdrawal syndromes. Most importantly, integrative practitioners take into account the big picture of your health, lifestyle, and current circumstances. It’s often said, tellingly, that integrative medicine treats the person, not the disease.

Healthcare providers are getting on board with recommending complementary and alternative treatments, as a growing number of them see the current state of psychiatry as unacceptable. Both inside and outside the medical community, we’re seeing a grassroots movement that is concerned with our current mental healthcare crisis, and demanding change. That’s good for integrative practitioners, but even better for patients. The sooner we stop pretending that slapping a scientific-sounding name on our psychological problems will lead to a cure, the sooner we can figure out how to actually treat them.

Dr. David Minkoff and his wife, Sue Minkoff R.N. co-founded LifeWorks Wellness Center in 1997. Today, it is one of the largest alternative medical clinics in the U.S. This wellness center combines more cutting-edge alternative therapies and modalities under the same roof than almost any other alternative clinic in the country.

END_OF_DOCUMENT_TOKEN_TO_BE_REPLACED

Facebook30TweetPin1EmailShares31
wpDiscuz
Share this ArticleLike this article? Email it to a friend!
Email sent!