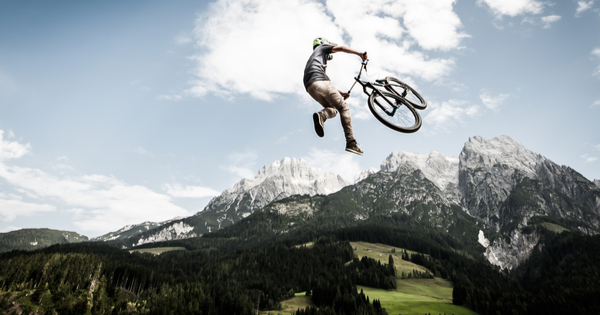 Professional BMXer Josh Perry is living his life with purpose, and inspiring others to do the same.

In 2009 Josh Perry experienced migraines that gradually worsened. Eventually, his vision was impaired to the point of interfering with his professional BMX career. He went to his doctor numerous times, practically begging for an MRI, but the doctor continued to write off his migraine issues as post-concussion symptoms . . . saying they were essentially a hazard of his professional bike-riding career. He was told he was young, healthy, and in good shape and was sent home with pain meds. 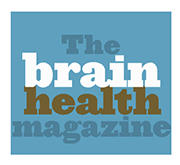 He took the pain meds, which caused him to vomit in the car on the way home. He vowed never to take them again. He just wanted answers and was frustrated that, even though he had good health insurance, doctors wouldn’t take him seriously enough to schedule an MRI.

In March 2010 while practicing a new trick, Josh fell, hitting his head on the ground, which knocked him out. In the hospital, the fact that he had lost consciousness warranted an MRI. Finally, Josh received answers.

He learned he had a meningioma brain tumor that was pushing on his optic nerve. At age 21, it was devastating news, but it explained so many of the symptoms he had been dealing with for over a year.

Meningioma tumors form on membranes that cover the brain and spinal cord just inside the skull. Specifically, the tumor forms on the three layers of membranes that are called meninges. These tumors are often slow growing and as many as 90% are benign (non-cancerous).

Josh’s tumor was benign but quite large, measuring 8cm long by 4cm wide and 4cm deep, suggesting the tumor had been growing for quite a few years. When it began pushing on his optic nerve it caused his headaches and vision problems. Doctors were astounded that he wasn’t having seizures, given the size and location of the tumor and the fact that he was able to continue doing tricks and spins on his bike all day, every day.

On April 16, 2010, Josh had surgery to remove the tumor. What was supposed to be a four-hour surgery turned into a six-hour surgery when doctors discovered the tumor had wrapped around an artery and his optic nerve. He was told to lay low, rest for four weeks, and not do anything that would raise his heart rate. When he was cleared to ride again, he slowly got back on his bike. Trainers kept a sharp eye on him as he once again got on the ramp and performed tricks.

It wasn’t until several years later, when he was a guest on Dr. Daniel Amen’s podcast, that it was brought to his attention that brain surgery in itself is a TBI. He also learned that you don’t have to get knocked out to have a concussion.

Eight weeks after surgery he flew to England and took eighth place in his first competition back. Still riding professionally, he made his first final 12 in the Dew Action Sports Series and competed in the top 12 in Las Vegas.

He continued riding and admitted to “fueling myself with alcohol and sugar.” In October 2012 Josh was in India performing demos when his mother emailed him that they needed to talk when he got home. The message was vague enough that he suspected it was bad news . . .  he had undergone his annual scan right before leaving for India.

The doctor told him he had new tumors the size of blueberries, that it was just residual cell growth and wouldn’t require surgery. They wanted to look at treatment options like radiation. Josh felt there had to be a better way, so he went to Dr. Google to do his own research. He learned about Gamma Knife, a laser-based, non-invasive surgery with a 90% success rate. He traveled to Boston’s Tufts Medical Center for the treatment, and was able to drive 13 hours home the next day.

In 2017 two additional tumors were found on the opposite side. This time he made the decision not to have surgery . . .  he opted instead to make a lifestyle change.

After his first surgery his trainers told him to keep hydrated and to drink Gatorade. He drank tons of Gatorade and gained 40 pounds. He didn’t realize that when you introduce sugar into your body, you’re dehydrating it at the same time.

As he made lifestyle changes and shifted into a strict ketogenic diet, he learned more about head injuries and glucose. Josh said, “After a brain injury, glucose uptake goes down. There’s a dysfunction of the mitochondria and energy demands go up. Your brain can’t use sugar, such as drinking Gatorade. If you don’t have ketones in your blood, your brain will suffer. Ketones are neuroprotectants. The brain needs energy (typically glucose), but you don’t need to consume it (sugar), your body will make it (ketones).”

Josh began working with Dr. Ryan Lowery, author of The Ketogenic Bible, after his third diagnosis. He knew he didn’t want more surgery so he jumped all-in to the keto lifestyle. “I used to love cookies and brownies — now I just make them differently, with coconut flour and non-carb sweeteners.”

Hanging up the bike

“When I first started riding after surgery, the first few days were weird, and being on the ramps and moving up and down — the whole body awareness situation was weird. Straightforward tricks were fine, but spinning and flipping took me awhile to relearn what it feels like. It took me awhile to get over it and I lacked a confidence I had had before. That lasted about a year, and every time I thought I was back to normal — nope!”

The last time Josh did tricks as he rode was at the end of January 2020 for the University of North Carolina’s men’s basketball halftime show, and the Carolina Panthers NFL halftime show.

“When I get on my bike, it’s a comfort zone. It’s a place of mastery, and I feel good. I’ve used it as an escape, from a young age, over the course of my life. Now that I am creating a new path in my life, I found that back to my old comfort zone would take away the confidence of my new purpose. I used BMX until I was 31 in order to do new things. I have to let my past go . . . I am self-aware enough to know that when I take time on the bike, it takes me further away from where I want to go. I love what I am doing now more.”

He added that having a hobby is important . . .  and he decided to take up bowling. It has helped him craft a new skill and challenge himself. “I grew up bowling and enjoyed it, but then I didn’t do it for 18 years. I am able to be competitive without the risk of brain injuries or broken bones.”

The two biggest moments in Josh’s life that challenged all of his beliefs were in 2016 when fellow BMXer and close friend, Dave Mira, took his life, and again in 2018 when his own brother took his life.

“These moments challenged me in all of my beliefs that I share today and advocate for today. I had thoughts such as: I’m living here today with brain tumors — why? Why do anything with my life now? Why does it matter?? They’re not here but I’m still here.

“When someone in your immediate life passes, this reality shift happens. You start thinking if I’m going to die one day, why does this matter? I was in a lot of pain and dark days and had thoughts like I felt like crap, would it still continue if I wasn’t alive?”

(Editor’s Note: Suicidal ideations affect approximately 30% of those affected by brain injury. Ideation does not equal weakness, nor does it imply the person will follow through on their thoughts. If you or a loved one is contemplating suicide, please reach out to the suicide hotline: by calling 1-800-273-8255 or text 741741 from anywhere in the USA to connect with a trained crisis counselor).

Josh now spends his time inspiring others. He is a sought-after speaker in the keto world, and kicked off his speaking career at the Durham Academy and the University of Florida back to back in April of 2018. He also coaches people who want to improve their health — mentally and physically. His first book, due out at the end of the year, was written to help people shift their lifestyle and mindset.

The very first time he wrote down any part of his journey was in 2011 when he was in Iraq. “I was on a C130 flying around Iraq in a legit war zone performing for the troops. I wrote a blog post on my iPhone, hoping to publish it in BMX magazine. It took me three years to finally share it on my own blog: dailybrainstorms.com . . . the blog is no longer active now that he’s writing his book; however, he still links to that original post often in his Instagram posts.

After surviving brain surgery and multiple brain tumors, he has learned to move past fear and live with intention. Through all he’s been through he has come out on the other side with more clarity and peace. He says, “It’s not work when you love doing it.”

After his third diagnosis, Josh reached out to Dr. Ryan Lowery, author of The Ketogenic Bible.  “I quickly found Josh to be highly adaptable and now he is teaching others how to make the switch to a keto lifestyle,” stated Dr. Lowery.

Dr. Lowery has been studying ketosis for over ten years. He has found that when your brain has been injured its need for fuel and oxygen goes up, and most people think that means glucose. But research has shown that your brain is somewhat insulin-resistant after an injury, and doesn’t utilize glucose effectively during this period.

He added that football players are often seen drinking sugary drinks on the sidelines, and believes the rate of CTE wouldn’t be as high as it is if people were utilizing ketones instead of sugar. They’ve found that exogenous ketones are the quickest way to get fuel to the brain, as those transporters are still working, whereas glucose transporters are impaired.

He has four easy steps to get started with a keto lifestyle:

He added that you don’t have to be perfect; just be the best you can be with it. The most important thing is knowing that there are always alternatives. “Don’t stress out if you have a birthday and want a piece of non-veto cake. It’s OK — just get right back on track afterwards,” said Lowery.

Amy Zellmer is an award winning author, keynote speaker, and TBI survivor and advocate. She is Editor-in-chief of The Brain Health Magazine, and hosts the Faces of TBI podcast series, as well as TBI TV on YouTube.

About The Brain Health Magazine

The Brain Health Magazine is a resource for living your best life after brain injury.

Created by survivors for survivors, we strive to offer you a variety of practical resources and alternative therapies to help you in your recovery, as well as in your life. This magazine is for survivors, caregivers, and professionals alike!