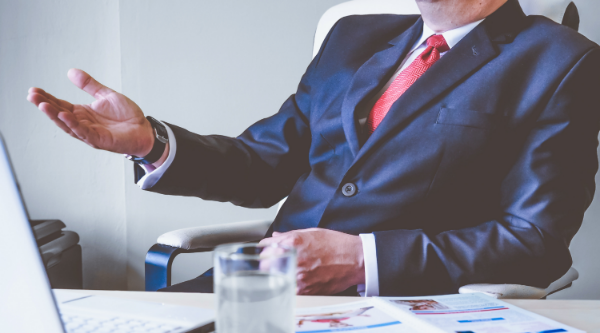 *All names have been changed to respect the privacy of the individuals involved.

Of the 16 years that he worked on Wall Street, Jack* was drinking heavily for about 12. It was socially acceptable and often part of the job when it came to meetings with clients.

In fact, in the high-pressure world of stock trading, Jack says everyone looked the other way when it came to substance abuse. “A lot of people drank. A lot of people did other substances,” he explains. “It was kind of loosely talked about, but it was sort of ‘don’t ask, don’t tell.’”

For professionals of Jack’s caliber, as long as you perform well, addiction is often discreetly swept under the rug.

His work hard, play hard protocol began to fray around the edges when, following a surgical procedure, he began adding narcotics to his alcohol intake. He stopped showing up for work and was put on a medical leave. He eventually lost his job.

With no idea where to turn, Jack called his sister and for the first time in his life, asked for help. That was the first step for Jack, and what ultimately brought him to be admitted to Caron Treatment Centers in Pennsylvania.

Understanding the Nature of Addiction

When Jack walked through Caron’s doors 17 years ago, it was the start of an eye-opening journey.

“I had no idea what addiction really was,” Jack says. “I didn’t understand that it was a disease. I just thought I overdid it for a little bit too long and that I got in over my head.”

“Because I was successful, I didn’t think I had a problem. I equated an alcoholic to being someone who sleeps on a park bench, not someone who goes to work every day and is making a good living.”

This common myth can be a stumbling block for high achievers who find themselves in the grip of an addiction. They believe that unless something catastrophic happens as a result of their substance use – in other words, unless they “hit rock bottom” – they don’t have a problem.

“It’s almost a barrier against recovery,” Jack says, “because what happens is many people confuse the consequences – loss of a job, loss of a marriage, arrest, DUI – with being an alcoholic, as opposed to what defines an alcoholic, which is: when I’m drinking, I can’t control my drinking; when I’m stopped, I can’t stay stopped.”

Recovering Amongst Your Peers

Addiction affects nearly 22 million Americans, yet often goes undiscussed in professional and even personal settings. Jack stresses how important it was for his recovery to hear stories similar to his own.

“As someone struggling with addiction, it’s very easy for me to look at other people and say, ‘I’m not like them. I’m special. I’m different,’” he says. This ego, or self-will, can be an enormous obstacle to overcome, especially for individuals who are used to successfully managing their own lives.

One way that Caron addresses this problem is by allowing people to recover amongst their peers. While undergoing treatment, Jack encountered a couple of familiar faces from Wall Street. He says this helped cut through the shame and loneliness he felt while grappling with his addiction.

What to Expect from Treatment

Caron operates life-saving addiction and behavioral healthcare treatment centers in several locations across the country that focus on treating addiction like the chronic disease it is. This involves outcomes-driven, comprehensive, and customized treatment programs designed to meet the unique needs of individuals and their families.

Caron’s Executive Program is tailored to successful executives like Jack, including CEOs, lawyers, politicians, financial brokers, and more. Clinical staff have worked with these successful populations for years, giving them a deep understanding of the challenges executives face in seeking treatment, staying sober, and living a life of long-term recovery.

The Executive Program offers a smaller, more intimate patient community. Both the residences and clinical programming are located in a private building on Caron’s Pennsylvania campus, ensuring discretion for patients and their families. The program itself includes individual and group counseling, family and professional programming, as well as health and wellness activities.

Each executive at Caron is supported by a multidisciplinary team of professionals from varying disciplines – medical, therapeutic, health and wellness, and more. Family members are involved throughout the treatment process as well, as Caron believes that addiction affects the whole family and that treatment is most effective when every family member is engaged in the treatment process.

Above all, Jack believes that the most valuable component of Caron’s treatment process is learning to surrender – and that starts with having the courage to reach out to others.

“There’s a lot of resistance to treatment,” Jack acknowledges. “When you’re in the depths of addiction, it’s the disease that’s running the show. It doesn’t want to get help.”

Now an active member of a 12-step program, a frequent guest speaker at Caron, and a sponsor of other men going through the recovery process, Jack encourages anyone struggling with the disease of addiction to work on overcoming their self-will and seek help.

A treatment program that meets your needs.

Caron’s mission is to meet each individual where they are in life, and this holds true for those who have achieved great success.

Learn more about the treatment programs available at Caron at www.caron.org

Facebook282Tweet9Pin4EmailShares295
wpDiscuz
Share this ArticleLike this article? Email it to a friend!
Email sent!