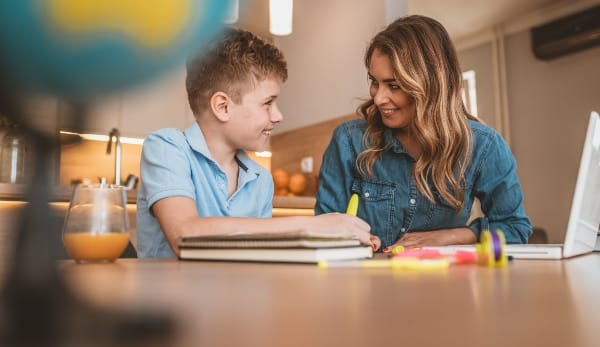 Autism is a common neurodevelopmental disorder affecting over 1% of children and young people globally. It arises early in development with often profound effects on social understanding and communication and patterns of thinking and behaviour; effects that usually endure through the lifespan. Additionally, a quarter of people with autism go through their lives with no or very little language. All this inevitably affects social skills, education, confidence, and ability to find a job. Not only is this stressful for the individual and family, but providing treatment and support for people with autism for their whole life is expensive. Estimated lifetime costs, including medical costs, education, social care, and productivity losses, are estimated at around £1-1.5 million per individual in the UK and between $1·4 to $2·4 million in the USA.

Ideally, children diagnosed at an early age would benefit from immediate and effective support to develop their social communication and development. There is some evidence to show short-term benefits from a range of interventions, including parent-child engagement, symbolic play and social imitation. However, effective early treatments that alter the long-term course of the disorder have been more difficult to demonstrate.

Dr Catherine Aldred, a consultant speech and language therapist, and Professor Jonathan Green, Professor of Child and Adolescent Psychiatry at the University of Manchester, in collaboration with colleagues in Manchester, London and Newcastle, have over 15 years developed and tested a new approach, using video-feedback techniques with parents to help them understand and respond to the particular communication style of their young child with autism. The Paediatric Autism Communication Therapy (PACT) aims to help autistic children to develop their early social communication skills. A not-for-profit community interest company called Interaction Methods for Paediatric Autism Communication Therapy (IMPACT), has been set up to deliver PACT training to professionals, so as to help extend implementation of evidence-based interventions for children with autism in the UK and internationally.

PACT aims to improve communication and interaction skills in children on the autism spectrum along with patterns of restrictive and repetitive behaviour. An important feature of this method is the way it links the familiarity and skills of adults who know the child best – their parents or carers – with the specialist knowledge of therapists.

The process involves recording sessions between parents or carers playing or interacting with their child. They then watch the videos and, with the help of the therapist, learn to recognise subtle moments of interaction with their child. The idea is to help parents to be able to create opportunities for communication and adapted interaction in their day-to-day lives. As one parent reflects ‘… the video was like looking through a magnifier, I could see so much more, now I feel I know him better, I’m more skilled in interacting and communicating with him. You have changed our lives.’

A key feature of PACT is the way it uses video-feedback to work through parents and carers, in contrast to working directly with the child. This way therapists are able to encourage and empower parents and carers, allowing them to develop key skills shown to improve the child’s social communication outcomes. Professionals are trained to identify both the child’s and the parent’s existing abilities and build on them to extend communication skills to the highest possible level.

In practice, the therapy consists of twelve 1.5 hour fortnightly sessions over six months, with optional monthly maintenance sessions over a further six months. In comparison with other treatments that may require up to 30 hours per week, PACT is therefore relatively low intensity and may be feasible for working parents. Between sessions, parents are asked to practice PACT strategies for at least 30 minutes daily during play or natural interactions with their child. In this way, PACT is gradually introduced into everyday family life.

PACT is the only intervention of this type to date to have shown sustained symptom improvement in children with autism over the long-term on rigorous testing. A multi-centre randomised controlled trial involved 152 autistic children in Manchester, Newcastle and London, aged two to four years old, half receiving a 12 month PACT intervention in addition to usual care, and half usual care only (Green et al., Lancet, 2010). Taken as a group, children who received PACT showed greater improvement in social communication and repetitive restricted behaviour symptoms when compared to those who had usual care alone. Significant gains in parent-child interaction (shown in other analysis to mediate the child symptom change) were seen at six months. Researcher-rated language skills was an area that did not improve. Parents reported fewer difficulties in all the core symptoms associated with autism: social interaction, social communication, repetitive behaviours and restricted interests in the PACT group, compared to usual care, as well as improved everyday language.

Importantly, these relative improvements were still apparent when the children were followed up six years after the end of the original intervention (Pickles et al., Lancet, 2016). 80% of the original 152 trial participants were assessed in middle childhood by researchers who did not know if a child had had the PACT therapy or not. The children were still autistic, but the relative improvement in autism symptom severity, child social engagement, meaningful communication initiations, and reduced restricted repetitive and stereotyped behaviours was sustained. This is a striking result, since in autism often the effects of intervention are found to ‘wash out’ over time.

This trial was selected by the UK National Institute for Health Research (NIHR) as a ‘Signal Study’ for its “high quality design and relevance to UK decision makers” ( doi:10.3310/signal-000381). PACT was recently added to the recommended curriculum for the Children and Young People’s Improving Access to Psychological Treatment (IAPT) programme, overseen by NHS England and Health Education England. Full information about the research behind PACT can be found at: http://research.bmh.manchester.ac.uk/pact/about/.

To address the treatment gap for people with autism, the goal of IMPACT is to maximise the reach of PACT intervention by encouraging professionals to become PACT leads in their locality. This is done through UK PACT leads who support PACT post-course practice work across localities, and the global ‘Train the Trainer’ programme. This programme allows individual international centres to become centres of excellence by developing PACT training in their own communities with support from IMPACT. The PACT local leads programme has been successfully implemented in areas in the UK and ‘Train the Trainer’ programme is being implemented internationally. Thus far, 240 professionals have trained or booked to be trained during 2017-19; originating from UK, France, Spain, Italy, Germany, Switzerland, Hong Kong, Turkey, USA, Australia, Canada, and Argentina. The quality of the PACT services delivered will be monitored through local lead support, conferences, annual updates and feedback from parents, carers and professionals.

“Pre-school PACT has been rigorously tested as to its sustained benefits on autism symptoms into middle childhood.”

PACT training is offered for healthcare and other professionals who have experience of working with families of children with autism. To become a PACT practitioner, training starts with a half day digital e-learning as a way of introduction to the method. This is suitable for a range of professionals to gain general awareness of PACT but does not qualify the practitioner to deliver the intervention in practice. Registration for e-learning introduction can be done online via Hogrefe publisher at https://www.hogrefe.co.uk/e-learning/pact-e-learning-information.

Subsequent to this, there is a clinical PACT training for professionals who wish to become PACT practitioners in either a clinical setting or in research studies. Registration for this stage can be done via the PACT website ( www.pacttraining.co.uk); it involves attending a two-day group training session followed by practice supervision in which trainees submit two case studies for assessment, including the videos of the adult-child play and feedback to the parents/carers.

Later, to be able to teach the method to others, participants may progress to become a UK PACT lead or international trainer. Progress to this can come from successfully completing at least five clinical cases, plus co-training a PACT two-day live group course and co-rating two post-course videos. To find out more about PACT training, please visit https://pacttraining.co.uk/.

The evidence for PACT is named in national guidance for autism treatment in UK and Netherlands. PACT research studies in other countries are ongoing. PACT is being trained and implemented in more than 12 countries worldwide; reaching communities through training hubs in Italy, France, Spain, and Hong Kong. The PACT approach has been adapted with success to be used in low resource settings; international colleagues have partnered with Professor Green’s group to adapt the PACT intervention for use in Low and Medium Income (LMIC) settings ( http://research.bmh.manchester.ac.uk/pact/PASS/). In 2016, a trial of the adapted manual was completed involving 65 children with autism in India and Pakistan, showing good feasibility and acceptability and that, as a group, the participating children improved their communication skills in a similar manner to the results obtained in the UK trial (Rahman et al., 2016). This project demonstrated for the first time that an autism treatment developed in a high-income country UK setting could be adapted for LMIC countries, emphasising the feasibility and potential of this method for adaptability into different global communities.

The hope is that, through widespread training and further testing of its application and user feedback in different cultural settings, PACT could be made accessible to more communities and cultures across the world.

PACT has been well received by parents, carers, children and healthcare providers. How long do you think it will take for it to be accessible to all families?

A version of this post was previously published on researchoutreach.org and is republished here with permission from the author. 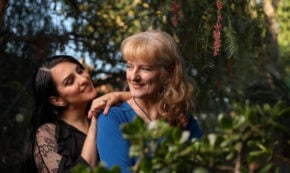