The Canadian Association for Equality has launched its latest initiative for men in Toronto last month. Who are they, what is it, and why should we care?

“We need a space to talk about the issues affecting boys and men.”

That was the message last month, when the Canadian Association for Equality held a public event to officially launch the Canadian Centre for Men and Families initiative. Their goal between now and August 31 is to raise between $50,000 and $75,000 to establish a space in Toronto, Canada that will, in their words, “provide services, research, outreach and public education on all aspects of issues related to boys, fathers, men and families through a network of community groups across the country dedicated to creating a better future for our sons and daughters through mutual understanding and compassion.” At the launch event, Canadian-born anthropologist Lionel Tiger spoke about the vilification of men by society, and highlighted the “little attention paid to males” regarding their issues.

I’ve been a part of the men’s issues scene for a number of years now, in a variety of different capacities. From the beginning, it was clear to me that men were being overlooked, and as a young man myself I had the misfortune of observing a number of examples first-hand. I first became involved with the Canadian Association for Equality (CAFE, for short) a little more than a year ago after seeing one of their posters. Today, I work with the organization as an advisory fellow, and over the last year I’ve had the chance to see it steadily grow in scope, influence and membership.

For those unfamiliar with CAFE, perhaps some background is in order. CAFE is a Toronto-based Canadian non-profit which was established with the overall goal of raising public awareness about areas of gender equality often overlooked. As a result they deal mostly with men’s issues, which they’ve addressed through the Toronto Men’s Issues Awareness Campaign. Over the last fifteen months, their primary focus has been a lecture series intended to raise awareness of the issues faced by men and boys, a series that has received harsh opposition by many. Onlookers were shocked by the level of aggression displayed by protesters, and the protests made headlines far beyond Canada, including here at the Good Man Project. As someone who was there in person, I can honestly say that the videos and descriptions don’t really convey the impact; it’s a strange feeling trying to address an auditorium full of people when a sudden crash to your right alerts you that protesters have found a side door and begun slamming themselves bodily against it, or having to quickly usher presenters off into police protection and then try to evacuate attendees as quickly as possible during a false alarm. I was prepared for it, I knew what was coming and had gone over many of the possibilities with the campus police beforehand, but it was easy to see that many of the attendees were rattled, and some personally admitted to genuine fear in the face of what at the time seemed the better part of an angry mob.

Despite the opposition, CAFE’s efforts have been remarkably successful. Insightful and interesting events have drawn increasing numbers of interested people, and media attention has steadily grown. People are listening, in spite of the critics (or, perhaps, in part because of them). This was the logical next step: the group’s first major ongoing project. They’re not going it alone, though; they’ve already reached out to a number of potential collaborators including Fathers Resources International, FACT, and Leading Women for Shared Parenting.

Most importantly, the Canadian Center for Men and Families (CCFM) initiative is inherently non-partisan. It is non-feminist but not anti-feminist, dedicated to dealing with boys’ and men’s issues “on their own terms” rather than through a particular ideological lens. This makes it a unique opportunity for collaboration, and an open invitation to collaboration with the many feminists who’ve often asserted that “feminism helps men too”. Ideally, it will be able to offer a space where groups interested in helping men can work together, regardless of their background, and achieve positive results while avoiding the polarization and conflict so common to the subject.

By rejecting a partisan approach and tapping the expertise of a wide range of other organizations, the CCMF hopes to address an unprecedented breadth and depths of men’s and boys’ issues. These range from what leading academic Warren Farrell (who has endorsed the initiative) called the “Boys’ Crisis” and issues of family law, to academic imbalances and young men’s voice in universities. It’s an ambitious proposition, but one that seems within reach of the resources that a dedicated physical space and multi-organization collaboration can offer.

Throughout the initial two years this fundraising drive would support, the initiative already has a number of actions planned. Besides the obvious like public events, political advocacy and policy initiatives, the CCMF also has plans for a variety of multimedia, a lending library for men’s issues material and campus outreach. The last of these is particularly important, not just because of claims that Canadian universities have become progressively more anti-men but also because of the energy, knowledge and enthusiasm students can bring to the table.

A lot of people have already voiced opinions on the CCFM, some positive, some anything but. Personally, I’m hopeful; for all that CAFE’s critics portray them as extremists I’ve found that they do an excellent job of maintaining a balanced perspective in a climate that lends itself to anything but. If the Toronto CCFM works out, it could provide a new model for the address of the issues facing boys and men. Most importantly, it will provide men with a place where they can discuss their issues on their own terms rather than as part of someone else’s agenda.

It’s certainly time for one.

Read more about the Centre for Men and Families project here

Why do Men Need Male Only Groups on Campus?

Waging Peace in the Battle of the Campus

Edward Sullivan is a McMaster University undergraduate student and an advisory fellow with the Canadian Association for Equality (CAFE). Besides his work with CAFE he runs his own small website focused on gender equity issues, devotedly plays the violin, and jumps off buildings for fun.

That’s a powerful poster, and I hadn’t seen it before. It must have been before my introduction to CAFE.

Edward, thanks for sharing this. As someone who has been involved with international men’s work for many years, I know how important it is to be aware of what is going on throughout the world. Gender issues know no boundaries and we can learn a lot from the experience of others. I’ve taught and trained in the U.S., Canada, Europe, Australia, and New Zealand. There are unique issues that need to be addressed in each country, but many issues are shared. So, that’s for keeping us informed on what is going on in Canada. 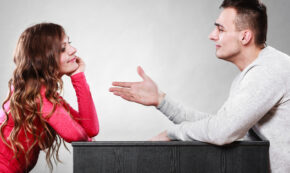 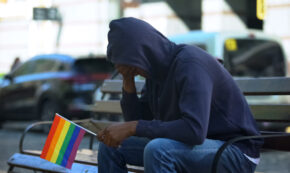 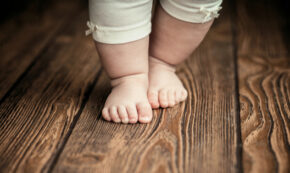 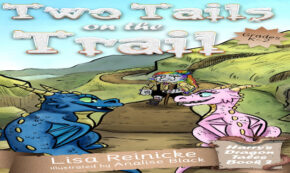 FacebookTweetPinEmailShares58
wpDiscuz
2
0
Would love your thoughts, please comment.x
()
x
| Reply
Share this ArticleLike this article? Email it to a friend!
Email sent!