Roman Krznaric is perhaps the world’s foremost authority on empathy. Here’s our interview with him.

Roman Krznaric is the author of The Wonderbox: Curious Histories of How to Live, The First Beautiful Game: Stories of Obsession in Real Tennis and his recently-released How to Find Fulfilling Work (see my review here). He’s a founding faculty member of The School of Life in London and his life’s mission right now is to build the world’s first empathy museum. To the interview:

Roman, you are considered a “cultural thinker and writer on the art of living.” The Observer named you one of Britain’s leading lifestyle philosophers. What initially drew you to take seriously the field – life – that is often so taken for granted and lived that it’s basically forgotten? What about it maintains your fascination?

I certainly never set out to become a ‘philosopher of life’ (there’s no file on this at most career advice centers!). I began my career as an academic teaching sociology and politics, but have also tried a range of other jobs, amongst them gardener, financial journalist, carpenter, tennis coach, community worker and – perhaps the toughest of them all – being a father of young twins. So I’ve always been searching for my own personal version of ‘the good life’, and gradually became interested in what we could learn from the whole range of human experience about this. I think too many self-help books are based on a relatively narrow range of ideas from the field of psychology, and I’ve wanted to search for wisdom in everything from history and philosophy, to literature, film and anthropology. What maintains my fascination? I think the perennial struggle of how to live a meaningful life where we put our values into practice – trying to close the gap between what we say we believe and how we actually act. ‘Be the change you want to see in the world,’ said Gandhi. It’s a nice quote for your screensaver, but doing it in reality isn’t so easy.

You’re a founding faculty member of “The School of Life” in London. Can you tell us a bit about what this is and the work you do through it?

The School of Life was established in London in 2008, and since we started over 50,000 people have come through the doors, and we’ve now also opened in Sydney and Rio. A number of thinkers including the philosopher Alain de Botton and myself were dissatisfied with the state of higher education, and wanted to do something about it. You can go to college and study physics or accounting, but you can’t do courses in so many of the topics that really matter in life – such as how to make relationships work, how to find fulfilling work, how to expand your creative self, or how to think about death. The School of Life was invented to provide this, in a way reviving the idea of Plato’s Academy in Ancient Greece, where you would study ethics and the nature of friendship alongside geometry and drama. We believe that this kind of education on how to live should be part of everyday culture. It would be great if there was a School of Life, or similar institution, in every shopping mall.

Speaking of empathy, the Dalai Lama has been outspoken in his belief that we need to incorporate the practice of it into our educational systems. What are your thoughts on this and what are some practical ways that we can (1) get the public to understand empathy’s importance and (2) actually make it a reality within classrooms?

I’ve dedicated much of the last decade to spreading the word about the importance of empathy, both as a philosophy of life and as an essential force for social change. For instance, I recently produced an animated video called The Power of Outrospection,which is specifically designed as an educational tool to get people to understand what empathy really means – especially the idea that empathy doesn’t just make you good but it is good for you too, and also that empathy is not simply about being nice to people but can be a radical tool to challenge problems such as inequality and violent conflicts. What’s been helping to increase public understanding of empathy is that over the past 20 years there has been a revolution in neuroscience, evolutionary biology and psychology, which has revealed that the old story that human beings are selfish and individualistic by nature no longer holds; in fact, our brains are just as much wired for empathy, social cooperation and mutual aid. We are homo empathicus as much as homo self-centricus.

There have been huge strides made in bringing empathy into the classroom in recent years. The world’s most famous and effective programme is The Roots of Empathy, which was founded in Canada but has now spread to the US, Australia, New Zealand and the UK. Over half a million kids have gone through the programme, and it has had a major impact on boosting empathy levels amongst children aged 5 to 12, has reduced schoolyard bullying, and has also increased general academic attainment. But the really great thing about Roots of Empathy is that the teacher is…a baby! Really. Each class ‘adopts’ a baby for the year, which visits them regularly, and the kids sit around the baby talking about what the baby is thinking and feeling, why it’s laughing or crying. It’s the beginning of getting the kids to learn how to step into someone else’s shoes. I believe that Roots of Empathy should be available to all school children.

Lastly, your book “How to Find Fulfilling Work” will be released April 23. It presumably contains a few answers, but do people generally ask the right questions? When it comes to work, what are the questions you most often hear and what questions do you wish you would hear more often?

Those are good questions! The most common questions I hear from people are things like: How can I work out what a meaningful job really looks like for me? How important is the pursuit of money or other things like putting my values and talents into practice? And how can I actually overcome my fears and find the courage and confidence to make a big career change? So I set out to answer these kinds of questions in the book, drawing on the latest empirical research, but also finding inspiration in figures such as Leonardo Da Vinci, Marie Curie and even Zorba the Greek.

I’d like to hear more questions, though, about how men manage the relationship between their work and family life. One of the issues that fascinates me, and that few people know about, is that the idea of the ‘stay-at-home dad’ is not a modern invention. In fact, in the pre-industrial period, when the economy and the home were more closely intertwined, men did much more of the domestic work and childcare than they do today. There are also some cultures, such as the Aka Pymies in the Congo, where men and women share the childcare pretty much equally (I’ve written about it here). I think there’s a lot that men – and women – can learn from history and other cultures about the really tough question of how, in traditional two-parent families, both partners can get satisfaction in their professional lives, while also sharing domestic roles more equally.

On the other hand…..

“These studies suggest that empathy is not a major player when it comes to moral motivation. Its contribution is negligible in children, modest in adults, and nonexistent when costs are significant.” Other scholars have called empathy a “fragile flower,” easily crushed by self-concern.

And part of teaching empathy is the practicing imagining, through fiction as well as OG Kush.

Very interesting, especially the school of life concept and that it has had so many students already.`The development of empathy is very valuable, critical even, but has much more limited value than people have thought in terms of actual moral ACTION. A moral CODE and other factors seems to be as important:

Cameron, thanks for letting everyone know about Roman’s great work. If there is an answer to our precarious position in the world, empathy can help us survive. In fact, it may be the only thing that can. No one kills another and no country would go to war if they truly had empathy. I remember hearing the Dalai Lama interviewed and people were advocating an economic boycott on China in order to have a “peaceful” way to remove them from Tibet. The Dalai Lama was opposed. He felt for the Chinese and didn’t want to do anything that would harm… Read more » 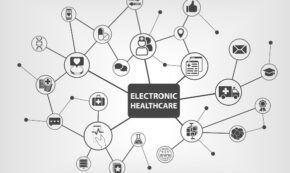 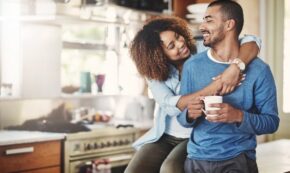 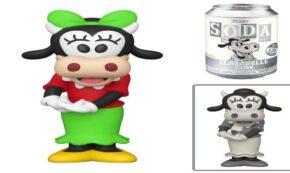 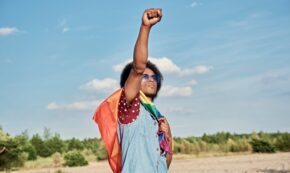 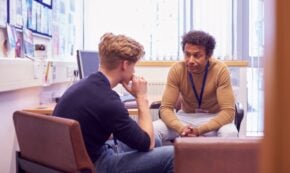 FacebookTweetPinEmailShares20
wpDiscuz
6
0
Would love your thoughts, please comment.x
()
x
| Reply
Share this ArticleLike this article? Email it to a friend!
Email sent!