All sex is not created equal. Considering the different kinds of married sex.

Just before we got married, my husband lost count of the number of times he was told by his mates: “Kiss your sex life goodbye.” Yes. Because obviously he was marrying a woman who was only having sex with him until he put a ring on her finger and not because, hell, she might actually enjoy it. And continue to do after walking down the aisle.

Thank you very much friends of husband, but I can honestly say that no, our sex life didn’t disappear after we got married. It certainly changed, though. A long term relationship, where attraction inevitably ebbs and flows, makes sex a little less straightforward than it had been in the early days.

Here are some of the different kinds of married sex I’ve encountered:

1. We got all dressed up and should probably have sex tonight, sex.

Picture this: you’ve squeezed yourself into the dress you wore for your engagement party 4 years ago (win) to celebrate a friend’s birthday. He’s ironed a shirt and is wearing a little too much Hugo Boss aftershave. You’ve used up most of your remaining energy reserves just leaving the house, ensuring the babysitter knows what to feed the fickle toddler, how to use the DVD player, where to find the nappies etc etc. So the idea of sex isn’t really that attractive when you return home tipsy at 11pm. But you have to. You both went to the effort of getting all dressed up. You’re even wearing high heels. That has to lead to sex. Right?

Sheets covered with sand and smelling of sunscreen.

You’re in another country, lazy, in a hotel room, in a king size bed.

You’re sweaty—this reminds you of your honeymoon in Hawaii—except there’s a toddler accompanying you this time.

In the pool, in the shower, on the balcony under the stars.

3. Quick the baby is asleep sex

Exhausted, half conscious, odd and usually inconvenient time of the day/night sex. Is that the baby crying? Bugger. Mood killed. Mood unable to be revived. Until the baby is about 2.

4. Has it really been that long since we’ve had sex, sex

It’s been (insert length of time) since you last had sex (thank you flu/overseas business trip/sleep deprivation/toddler hijacking the bed) and frankly it’s getting a little embarrassing. You’d better do it before one of you ends up outsourcing. (That wouldn’t be ideal.) Plus, Sarah and Daniel have sex at least five times a week, and they have 3 kids under 3 and live with Daniel’s parents. Which makes your current effort a little pathetic, really.

5. Oh my god I fucking love you sex

Right at this moment, for reasons beyond my comprehension, I fucking love every single delightful thing about you. YOU ARE THE SEXIEST MOST WONDERFUL, FUNNIEST MAN IN THE WHOLE WIDE UNIVERSE and I need to know you in the biblical sense. Right now.

Oh my god I fucking love you sex, also often follows a period of absence from one another, usually for at least a week or alternatively, upon receiving a surprise bunch of flowers. Total aphrodisiac. Men take note. And no, it doesn’t work if the flowers are being given to assuage guilt. No deal.

I just got retrenched/had a fight with my mother/had a crappy day and I don’t feel like sex  at all, but sure, a cuddle would be nice. It’s rarely just a cuddle though.

Have you noticed that?

There’s something magical about lying in the arms of the person you love, the person who protects you from both your inner and outer worlds. Their safe, familiar smell. The warmth. The memories of a thousand days and nights. A good orgasm never goes astray either. And generally, things feel a tad less crappy afterwards.

Historically, a massive let down. It’s a special occasion, so mind-blowing, celebratory sex should logically follow. Of course it never actually does. Completely and utterly anti-climactic. So to speak.

This usually happens after a day or more of the silent treatment. Think about it: all that pent up rage, frustration and irritation has to go somewhere. Cue the mind blowing sex missing from point 8.

Familiar, in your favorite position, intimate, sexy sex. The kind that comes from years of knowing one another. The sex that made you fall in love. Fun and fearless. Uninhibited. The sex that gets better and better as the years go by and makes you feel like an absolute goddess. The best kind, really.

Are then any other kinds of married sex?

Lady Chatterley is a writer of life, sex, love and relationships; the real, the raw and the raunchy. She can be found on twitter @MsChatterley

Talking about MARRIED sex, I’ve only ever had #4 Has it really been that long since we’ve had sex, sex

There is also the “Oh, finally, our interest-clocks have synchronised” variety. Or, the “Ignore the sound of the children getting breakfast, because they’re at least not bothering us” type.

As someone wisely wrote, “All XXXX are created equal, but some are more equal than others.”

I like sex 3-4 times a week. Now I am getting it. But, I was in a sexless marriage for over a decade.

So, I speak from experience (or lack thereof). Lol!

What about the Hey Remember Me sex? I’m that guy you haven’t thought about for the last six weeks as you were busy with x y z…

Loved all of these. There is also ‘QUICK im ovulating we must have sex r o make bsby NOW’ sex.

“Are then any other kinds of married sex?” I think you meant ‘there’ not then.

Yes, there is sexless marriage sex (i.e., less than 10 times per year).

“Well, we scheduled it on the calendar, so I guess we should” sex.

“I made her schedule it, and I don’t want to lose any opportunity” sex

You write:
“A long term relationship, where attraction inevitably ebbs and flows, makes sex a little less straightforward than it had been in the early days.”

Just wondering: How long have you and your husband been married?

Thanks again for a fun and educational read!

Do this/buy me this and I’ll give you sex, sex?

This was great! My hubs and I have quick the kids are mesmerized by the tv in two rooms lets go to the bathroom for a quickie sex. We know each other so well it works when necessary. Although, you know the ambiance is kind of lacking 🙂

Ah yes, the good ol’ bathroom! when the kids were little, my Wife referred to it as the ‘office’,as in “Come see me in my office.” I can still remember it like it was yesterday, Kids knocking on the door after a little while asking “Mom, Dad, what are you doing in there?” and the wife answering “It’s uh Ok honey, Mommy uh and Daddy are uh are discussing big people stuff oh yes yes YES!!)

Great read, I would add the “you have five minutes use it or loose it” sex

Thanks Joe 🙂 Yes, that’s another good one!

I don’t know about other old timers like me who have been married a long time but I (we) don’t have sex, never did have sex ….. we make love. Been doing it for a loooooong time and it’s good, no .. strike that IT’S GREAT! The cool thing about making love is that you can do it anywhere, anytime no matter who’s around. “Making love” doesn’t require either of us to as they say “get off.” But when ya lay your head on your pillow at night, you feel good.

I… what? So you’ve never ‘had sex’, you just ‘make love’ which is something you can do anywhere, around anyone, and doesn’t involve ‘getting off’? I’m not sure what you’re talking about, old boy!

What about the exploration and discovery sex. The “we’ve been together for 20 years but I’m still finding out about your sexual being”. The “I love unlocking your desire” sex? The “I just realized you’re probably into X, let’s try that out,” sex. I wrote a little about this here http://cdn.forgeover.com/articles/2011/07/13/parents-have-hot-sex-too

Don’t forget the list of BAD sex. I don’t recommend accepting any of them.

1. Your begging is making me sick so okay get it over with sex.
2. I’ve been screwing around behind your back and feel guilty so I better give you some sex.
3. I’m not feeling like a good wife/husband so I feel obligated sex
4. I’m glad you only take 5 minutes because my list of things to do is more important than this sex

Re: “Great list! Very accurate.”<< So's your list of four, @SteveHorsmon (unfortunately)! Thanks for keeping it real. 😉 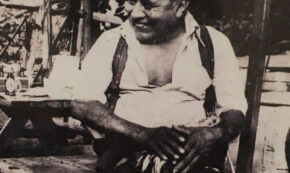 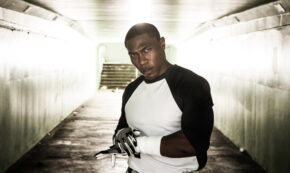 FacebookTweetPinEmailShares1.2k
wpDiscuz
24
0
Would love your thoughts, please comment.x
()
x
| Reply
Share this ArticleLike this article? Email it to a friend!
Email sent!