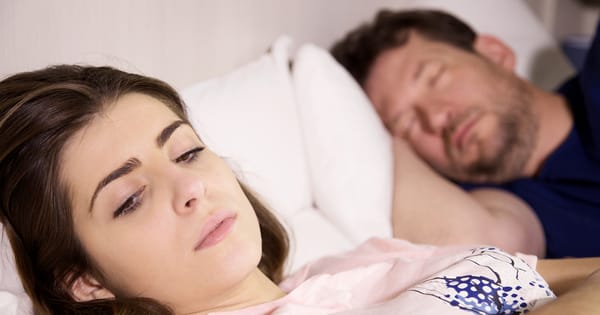 Marriage, like the love that leads to it, rides many waves of change. And not all are fun. So asking, “Is an unhappy marriage better than divorce?” isn’t a yes-or-no query.

The answer, of course, ultimately lies with you and your spouse. But arriving at the answer shouldn’t be an arbitrary, heat-of-the-moment, feelings-only process.

If you’re at a point in your marriage where you’re contemplating “Is an unhappy marriage better than divorce?” we need to talk.

Ironically, talking — how much, how, when, with what intention — is often what’s missing in marriages on the threshold of divorce. In one way or another, communication is at the root of most problems.

If you research advice regarding staying in or leaving an unhappy marriage, you will get answers across the spectrum. And the black, white and gray of them all will have just as many shades of suggestions and directives.

And that’s why it’s so important to consider the source of the information, and especially to commit to complete honesty with yourself and your spouse. Ultimately the decision to stay or separate belongs to the two of you. So do the consequences of your choice.

Is an unhappy marriage better than divorce? There will never be a blanket answer to that question. There can, however, be an answer for your marriage — but only if you have an unequivocal grasp on why you are unhappy.

Transitioning through the seasons of love can be confusing, conflicting, even painful. Sure, you may expect that the honeymoon won’t last forever. But how can you possibly know during the fairy-dust stages of falling in love and planning the perfect life that the magic dissipates?

But one thing’s for sure. Just as with children, if you aren’t paying attention to your love as it goes through its changes, you’ll miss it.

You may not even know if what you’re feeling is unhappiness or simply boredom. You’ll just be aware that the elation you felt in the early stages of love and marriage isn’t there anymore.

If you aren’t communicating consistently with yourself and with your spouse, you may misdiagnose your situation. And the last thing you want to do is make a lifetime decision on the basis of misinformation.

Below are several predictors of an unhappy marriage. Keep in mind that these are not reasons to give up. They are simply symptoms that, depending on number and intensity, can indicate a marriage at-risk.

Research studies support what may be surprising to those who feel unhappy in their marriages and don’t see a path to happiness.

Unhappiness is almost always temporary. And there are normal, predictable places in a marriage where it is more likely to rear its dreary head. Like after the birth of a child, when everything changes.

Surprised? If so, consider further that those who stuck it out reported feeling happy in their marriages five to ten years later. (And no, that doesn’t mean they were “miserable” during the time between — only that they were happy they didn’t give up.)

There are a few situations in which the reasons for unhappiness may warrant a less tolerant decision.

The first should come as no surprise. Abuse in any form is dangerous emotionally, psychologically, spiritually and potentially physically. It often starts off as verbal and emotional abuse and escalates from there. Safety for every life in the home needs to be the top priority; therefore, specialized professional intervention is warranted in cases of abuse.

The second situation involves addiction. Again, the safety of everyone in the home has to come first. Addiction requires very specialized professional help, and should not be tolerated without it.

Infidelity, as devastating as its consequences are, doesn’t have to be a death sentence to a marriage. And the majority of the time, it’s not. Those marriages that not only survive, but thrive after infidelity, do so because the spouses get down in the trenches to rebuild their marriages. They not only rebuild, they re-create.

And within that last sentence is perhaps the biggest criteria for determining if your unhappy marriage is salvageable. Have you done the hard work of working to improve yourself and your marriage?

If your heart-of-heart’s answer is ‘no,’ then how do you think you will ever be happier somewhere else or with someone else? Marriage is hard work.

Ask any old couple that has been married a veritable lifetime how they did it. How did they get through children, wars, bankruptcies, affairs, boredom, illness, fights and sadness to wind up inseparable?

Inevitably they will tell you that they led with love, committed with love, fought with love, kept their promises with love. They found happiness in the journey. And they knew that happiness wouldn’t be greater somewhere else.

When asking, “Is an unhappy marriage better than divorce?” it’s imperative that you consider more than just your own feelings and wants. Are there children involved? Would they truly be better off without their parents together? Are you prepared to deal with all the ugly consequences of divorce — co-parenting, divided assets, courts, loss of family and friends?

If your marriage has reached the point of contempt, or is based on domination-submission, abuse or addiction and enabling, perhaps divorce is the healthiest answer.

If, however, there are feelings left unexpressed, good deeds deferred to indifference, and self-improvement left to lack of effort, then you may have your answer.

Is an unhappy marriage better than divorce? Ultimately the decision comes down to your values, expectations and self-accountability. More often than not, even a slight shift toward prioritizing your spouse and infusing hope into your marriage can make all the difference.