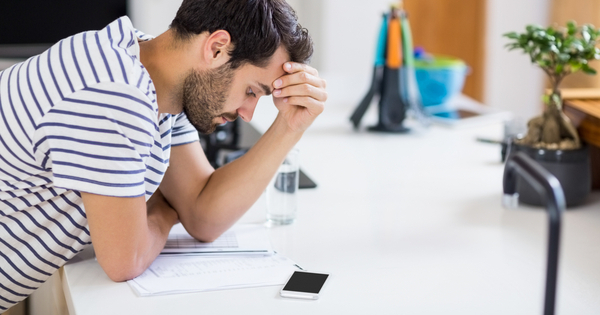 Surviving infidelity is hard. The sense of betrayal is profound when you learn that your spouse has cheated on you. And, yet, for many men – even those who have been unfaithful themselves – surviving a wife’s infidelity is especially brutal.

Although it’s changing, most men were taught to focus on achievements and to submerge, ignore, and deny their emotions – at least the ones that aren’t deemed powerful. When men with this type of world view marry, they often rely on their wives for the nurturing and emotional safety they deny themselves.

So when they’re faced with surviving a wife’s infidelity, one of their primary coping mechanisms for feeling whole is at risk of being permanently lost. This is profoundly terrifying. They simply can’t imagine life without their wife. Who would they be without the nurturing and emotional safety she’s always provided?

And the fear they feel naturally triggers their fight, flight or freeze response. (It can also be at the root of them saying and doing things they later regret.) Their instincts might initially drive them to fight for their marriage, to pursue divorce, or to deny the meaning of their wife’s affair.

As terrifying as it is for men to face surviving a wife’s infidelity, the truth is what they’re facing is very similar to what anyone who’s discovered their spouse’s infidelity. It’s only after the initial rush of the threat response has subsided that the true work of surviving infidelity can begin.

Regardless of what you ultimately decide to do about your marriage, what you will need to do to survive your wife’s betrayal is deal with how infidelity changes you. Some of the things you’ll need to deal with include:

Ultimately, surviving a wife’s infidelity boils down to learning and growing from the experience. It’s a lesson that no one wants. But it’s also a lesson that can help you become a better version of yourself – not because it will or won’t make your wife (or ex-wife) happy – because you’ll be releasing old patterns and beliefs that no longer serve you. And in their place, you’ll have better ones that might even allow you to develop a different relationship with your emotions.

Facebook55Tweet1PinEmail6Shares62
wpDiscuz
0
0
Would love your thoughts, please comment.x
()
x
| Reply
Share this ArticleLike this article? Email it to a friend!
Email sent!