Get Daily Email
Join/Login CLOSE
Home / Mental Health Awareness / Suicide Doesn’t End the Chances of Life Getting Worse, It Only Eliminates the Possibility of It Ever Getting Any Better! 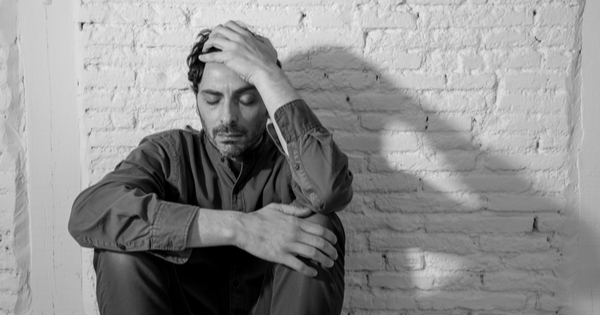 “When you feel like giving up, just remember the reason why you held on for so long”-Anonymous

Jeannette Walls said, “When people kill themselves, they think they’re ending the pain, but all they’re doing is passing it on to those they leave behind”.The alarming rate of suicide, suicidal attempts, and suicidal tendencies is both disturbing and pathetic. I received the news of one of my former students some few weeks ago who was claimed to have committed suicide in the University of Port Harcourt by taking two bottles of sniper. Sometime this year, a lecturer that taught me one of the Mathematics courses while I was in my first year at the University of Ibadan, A. O. Subair, committed suicide. Subair had been battling depression for years due to challenges in his home and career (he had been on his Ph.D. for 22 years).

Suicide doesn’t just happen; it is an accumulation of voices and expressions wanting to be heard in a very busy world. Mental struggles are real and can be so debilitating if left unattended to. I emphatically want to say that there is no man that is suicide-proof; sometimes it happens to people we least expected and that is why we need to be very sensitive to behavioral emergencies that always prelude suicidal attempts.

Everybody has their hidden wars and struggles no matter how pleasant-looking they seem to be. In fact, most times our friendly disposition to others may just be the cover-up that prevents people from seeing the underlying struggles and challenges. One of the hard nuts to crack is knowing what happens deep inside a suicidal mind.

My deep concern about suicide is its level of prevalence among youths. The World Health Organisation (WHO) has expressed concern about the high rate of suicide among young people globally as a result of depression. According to the health agency, suicide is the second leading cause of death among young people globally. The year 2018 was dotted with series of suicides and suicidal attempts on the Third Mainland Bridge in Lagos.

With the recent spate of suicides, there’s a spotlight on this major public health crisis. It is also a vivid reminder of how much more we need to do to better understand mental health and to take the steps necessary to prevent this tragic loss of life.

People who commit suicide don’t want to die, but to end their pain. Don’t dismiss their talk of suicide as just threats. Anybody who expresses suicidal thoughts or intentions should be taken seriously. If you notice any signs that they may be thinking about harming themselves, get help. Suicide is preventable. And that starts with knowing what to look for and what to do. There are certain ‘behavioral Emergencies’ or suicidal tendencies to watch out for and probably escalate.

The main risk factors for suicide are: A prior suicide attempt, depression and other mental health disorders, substance abuse disorder, family history of a mental health or substance abuse disorder, family history of suicide, family violence (including physical or sexual abuse), having guns or other firearms in the home, being in prison or jail, being exposed to others’ suicidal behavior (such as a family member, peer, or media figure), medical illness and so on.

Depression stands out as the major cause of suicide and it is becoming invasive and evasive more and more. Depression is actually the highest cause of suicide. Depression has been called the world’s number one public health problem. In fact, it has often been said that depression is the mother of all oppression! The reason being that the oppressor is known in every other kind of oppression, but in depression, the oppressor is elusive and invisible. Depression can be treated and recovery is possible. If you know someone who’s depressed, help them to find suitable outlets, and expression in the best way you can.

Suicidal thoughts or actions are a sign of extreme distress and an alert that someone needs help. Any warning sign or symptom of suicide should not be ignored. All talk of suicide should be taken seriously and requires attention. Threatening to die by suicide is not a normal response to stress and should not be taken lightly. Your involvement and support may help save a life. Don’t be afraid to ask whether the person you’re concerned about is thinking of suicide, is depressed, or has problems. Talking about it won’t make the person act on their feelings. It might actually help ease suicidal thoughts and lets you know if you need to take further action.

It is very sympathetic that we live in a world where no one really cares until something dramatic and irreversible happens. Take a moment and think about anyone you know who may be prone to suicidal thoughts. The greatest lie to tell yourself is to think you don’t have such people around you. Suicide does not discriminate. People of all genders, ages, and ethnicities can be at risk. We are all connected to someone (a friend, a family member, a colleague in your workplace, a neighbor, a classmate, a family friend, a business associate, or even someone that you constantly look up to!) who is just moments away from committing suicide.

Take steps to reach out to others; it always worth it! Don’t postpone that call or message if you are led to intervene. What if today was their last day alive, would you do everything that you could to help? Suicide is a permanent solution to a temporary problem! If you ever come across someone with suicidal tendencies, encourage the person to talk to a mental health professional as soon as possible. The place of spiritual interventions should not also be trivialized.

Albert Einstein once said, “It is not that I am so smart; it’s just that I stay with problems longer”. Every successful person today had a painful story at a point in life, but they never gave up. No matter how broken you are, never forget that broken crayons still color. Keep on pushing, you never can tell how close you are to your breakthrough. Effort only releases its reward after a person refuses to quit!

If you are struggling with suicidal thoughts, there is help available.

“Depression is not a sign of weakness. It means you have been strong for far too long”-Sigmund Freud

Facebook52Tweet1PinEmailShares53
wpDiscuz
Share this ArticleLike this article? Email it to a friend!
Email sent!