Get Daily Email
Join/Login CLOSE
Home / Parenting / Reasons to Not Have Kids: 5 Things I Hate About Being a Dad 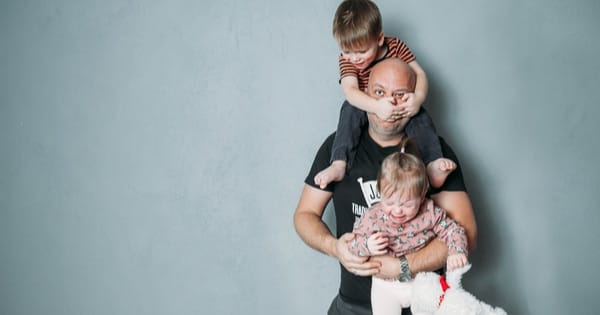 Kids are a$$holes. There I’ve said it.

They are mean and selfish little creatures that roam around your home making mess and demands. If you’ve ever had the experience of walking into a room and catching a child holding your most expensive possession, the look you would have seen in their eyes will leave you unable to argue with me.

For the most part, parenthood is a heady mix of exhaustion and defeat with just the odd ray of sunshine that makes it all worthwhile. I am sure there is no one, not even your partner, who is so aware of the limits of your patience as your children are. But not only do they walk along this line they bloody tap dance on it with the glint of the devil in their eyes. Apparently just ‘because’.

Even though this is true there are some things which are just more deplorable than others. You know, the kind of thing that leaves you manically laughing in disbelief on the verge of insanity. Whereat those moments you don’t know if you’re going to scream, cry or end up a giggling mess.

So at the risk of this being read by the kids at a later date, or social services, here are the top 5 things I hate about being a dad, and perhaps the reasons why you shouldn’t have kids.

I’ll start with an easy one. Why is our bed better than yours?

Seriously most children’s rooms are somewhere in between a theme park and a palace. They have toys which are probably not just forgotten but untouched. So why they would want to sleep in a room full of weird adulting stuff and things instead of a veritable treasure trove is beyond me.

Why isn’t it bloody fair?

If you have more than one child you will understand this one a spiritual level. I can guarantee ‘child a’ will remain completely uninterested in a toy until ‘child b’ glances at it then it will become the must-have item. Everything about this ordeal will be unfair and you will be expected to mediate. You won’t win you can’t win, but don’t tell them.

NOTE: This also applies to many other things such as whose turn it is, who has the greatest claim over a seat, believe me, this list is non-exhaustive.

You finally get a moment to sit down, you ask for the television remote to choose a film which the whole family can enjoy. Instead of despicable me for the umpteenth time. Your given a look like you’ve said something entirely repulsive. Then something magical happens, your told exactly why it isn’t bloody fair.

You serve them up some kind of wholesome hearty food. You feel like a patron saint as your children shower you in praise for your culinary abilities. It’s the best meal that has and will ever grace a plate.

Word to the wise, take a moment from basking and get signed statement then and there. Because I can promise you next time they see the same dish, it will be utterly repulsive to their high-class palettes.

Another day another phase.

Do you remember when you bought the most precious thing in the world home for the first time? I bet you had no idea how to Dad. (Or mum)

You moved anything valuable out of reach, they learned words, bad words too.

You taught the etiquette, they used it against you.

You taught them reason, they gave you reasons (why not usually).

Then one bloody day you look up and see just how grown up they’ve become and of it all, that’s the thing which you was most unready for.

Somehow children have the innate ability to give even the most fulfilling of lives purpose and direction like nothing else can. Sometimes it’s easy to forget this amid the ketchup stains and the tears.

Let me know what your top 5 reasons what you hate about being a parent in the comments and don’t forget to subscribe.