Get Daily Email
Join/Login CLOSE
Home / Parenting / The Disneyland Dad: To Co-Parent With Him, First You Must Understand Him 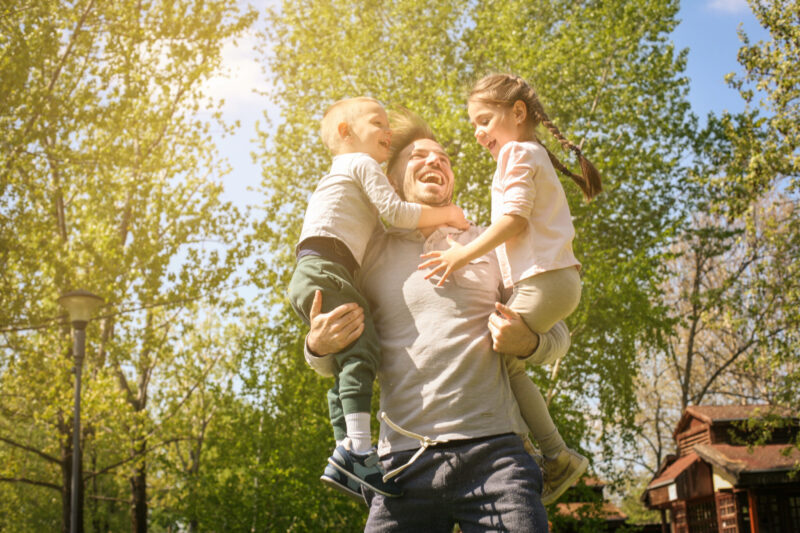 One of the most well-known divorced dad clichés describes a mother who has primary custody and does much of the parenting and a father who swoops in (said with exaggeration and a swinging hand gesture) for visitation weekends, showering the children with gifts and plans for fun activities. These activities can include, of course, Disneyland. If by chance you haven’t heard of him, let me introduce you. Meet the “Disneyland Dad.

In recent years, some moms have received the moniker, Disneyland Mom, too, for the same reasons. Even so, the stereotype remains reserved for fathers. Even in the twenty-first century, it is still more likely the case that mothers receive primary custody of their child(ren) while the father typically does not. According to the U.S. Census Bureau, in 2018, there were 12.9 million custodial parents, and approximately 4 out of 5 (79.9 percent) were mothers.

The implication? Given the added time they have with their children, divorced mothers are taking on more of the “not so fun” childcare responsibilities, like overseeing homework, taking children to doctor appointments, and carpooling, among many, many others. It’s no wonder these mothers are angry.

That said, the Disneyland Dad may have an ax to grind too, arguing that not only is the label acceptable, but he also deserves to be a Disneyland Dad. After all, what’s the harm being the “fun” parent, the Disneyland Dad thinks, taking the kids to do all sorts of cool activities and buying them gifts? The kids come back from their weekend visitation smiling, having had a wonderful time. There are certainly worse dads to have around, he shrugs. And there are.

Custodial mothers, however, are quick to note the detrimental effects of the Disneyland Dad’s parenting style — on her and the children. When the dad becomes the “fun” parent, the mom, by default, becomes the “serious,” boring parent. As a result, children sometimes express a desire to spend more time with their dad and less time with her, which usually doesn’t go over well, from both a jealousy standpoint and the logistics such a request creates.

By not having the framework of everyday life with the kids in place and the structure that comes with that, or failing to discipline the children when they misbehave during his parenting time, the Disneyland Dad undermines the rules created by the mother, wreaking havoc in her household when the children return at the end of a weekend. In turn, she becomes more resentful. The co-parenting relationship devolves from there in a downward spiral, impacting everyone involved.

Most of the time, the dad doesn’t deliberately paint himself as the fun parent to make the mom’s parenting that much more difficult. If he does, that’s a whole other story. But, if it’s not intentional, you must ask why he is doing it. If you find yourself raising children with a Disneyland Dad and want the fun, rule-free weekends to come to an end (or at least minimize the phenomenon), you must first understand what compels many fathers to become Disneyland Dads in the first place.

Many co-parents end up with a relatively standard divorce agreement, which establishes one parent (usually the mother) as the custodial parent. In contrast, the other parent (usually the father) sees the kids every other weekend and perhaps a weeknight for dinner. That leaves the mother in charge of setting and maintaining the children’s often packed weekday schedule, including enforcing rules to that end.

On the weekends, however, the need for children to go to bed at a scheduled time or do homework for hours is lessened. Instead, children use much of that time to unwind, associating their time with their father with added freedom. The scenario places both the dad and the kids in hot water for their behavior.

Additionally, just as the weekends are special for the children, weekends are special for the father. He rationalizes his children’s mother sees them more often, so he may, whether consciously or subconsciously, treat the time he has as a special occasion. He may likewise want to make up for the time he lost due to his divorce, which now has him and his ex living in separate households. He does this by buying said gifts and scheduling an assortment of fun activities to create the memories he’s missing. But, if you scratch the surface, what you realize that Disneyland is often craving is more substantive involvement.

What, then, can the mother do to help the Disneyland Dad out and, accordingly, herself and her children? The answer is to give him more. And by more, I mean time, responsibility, and information. Children need to grow up with a sense of stability. The father can help promote that during his time with the children by enforcing the mother’s rules or staying in line with them, which means first letting him specifically know what she is doing in her home and then giving a little on her end.

A common rule for younger children is bedtime; if the mother says 8 pm for bed on weekdays and 9 pm for weekends, she can ask the father to reasonably enforce those rules, meaning staying within the ballpark of them. In other words, give up a little control. No one, including an ex, wants to be “told” what to do, especially by you. Compromise goes a long way and can begin with you leading the way.

Additionally, mothers can give fathers more time with the children on weekdays if the divorce agreement allows it (and even if it doesn’t because you can always renegotiate an agreement post-judgment). That way, the dad has additional opportunities to live “everyday life” with the children. He should be encouraged to, for example, ask his children if they have any homework or long-term assignments that need to be completed over the weekend and help with them. Maybe he could drive the children to a doctor’s appointment or pick them up from school on an occasional weekday. And instead of a trip to Disneyland, why not suggest he visit the aquarium to bring that child’s research report to life. Ask yourself: Are you giving your children’s father the chance to do better?

Peeking in from the outside, being the Disneyland Dad may appear to be one grand ‘ole time for him. But as we know, fun and games are not always so much fun, especially when that is all there is. Looks can be deceiving and that Disneyland Dad may not be feeling as good about his parenting time as you think. Acknowledging this is the first step toward changing the status quo.

The most crucial point to remember is that, while kids may, at first, react less-than-perfectly towards a change in attitude and newfound enforcement of rules from their dad, they will not stop loving him. With your support, they will, instead, become more appreciative of him. And you.

Elise Buie, Esq. is a Seattle-based family and matrimonial lawyer and founder of the ​Elise Buie Family Law Group​. A survivor of Hurricane Katrina, her own divorce and many dish-filled sinks piled high after lively family dinners with her husband Doug and their blended family of six (six!) teens and 20-somethings, Elise knows firsthand what it means to juggle work and parenting, finding balance in between, even if it means a lot of late nights. When she’s not advocating for her clients, the best interests of their children, and civility in divorce, you can find her sailing on Puget Sound.