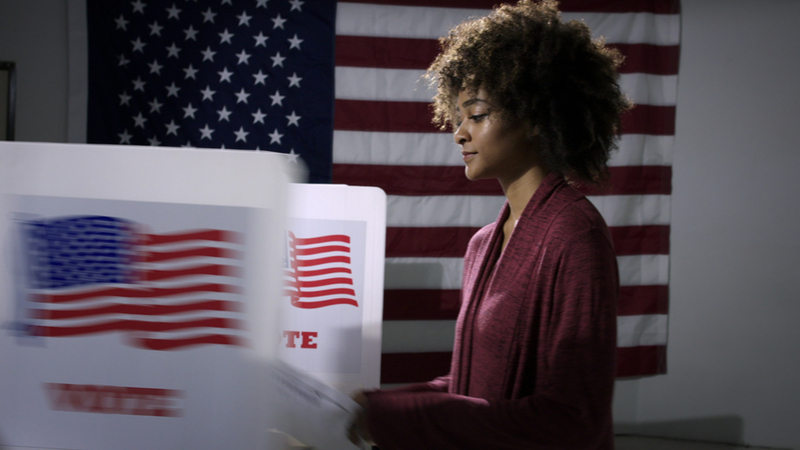 As an immigrant, I have always thoroughly enjoyed the choices America had and continues to offer. From being able to decide which brands to buy at grocery stores, car lots, and vacation retreats, the choices are truly endless. Throughout the years, Americans have grown to love and appreciate the multitude of choices they are presented with. It almost seems to be embedded in their capitalist DNA. This plethora of choices is not present in one of the most consequential and important decisions Americans make; which party they will vote for. They end up being stuck with two, the Democratic & Republican parties.

America is a melting pot with Americans from different backgrounds, ethnicities, and cultures. This two-party system cannot be a true representation of the American people. Americans end up being reluctantly forced to fit into one group or the other. This two-party system leaves a majority of Americans feeling unrepresented and frustrated. According to The Voters Study Group, over 2/3 of Americans say that neither party does an adequate job representing them. The question of why we still have these incompetent two-party systems must be asked to the masses. It is time to replace this system with a more diverse and inclusive system.

On November 3rd, 2020, the world witnessed the ineffectiveness of this system. After Joe Biden was projected to become the 46th President come January, mixed emotions were seen across America. There were protests and celebrations, ending a nail-biting few days for results that left the world in suspense. A majority of President Trump’s supporters refused to accept the results. Some went as far as calling it a “Coup” and a “Sting operation.” Unfortunately, this is not the first time we have seen these outcomes. This situation is becoming the norm in election season, creating more hatred, division, and the sentiment of marginalization.

The current American two-party system, where the winner takes all, is a broken system. It often leaves the country divided down the middle and with an overabundance of mixed emotions.

As brilliant as the American Constitution is, this two-party system has proven to be divisive. So how did we get here? What was it like in the early days of the Republic when George Washington was in office?

Based on many reports, he did not run. When Washington became President in 1789, there were no political parties, no conventions or primaries, no campaign, no election season, and no candidates. After the framers invented the constitution and the presidency over 225 years ago, the country set about choosing its executive. George Washington, the greatest hero of the revolution, presided over the convention that created the constitution. Rarely speaking, he never discussed the president’s job or of wanting it, and when the first presidential election took place, it was a crazy quilt affair with many hands stitching the pattern.

Under the new constitution, each state was given a number of electors who would cast a vote for two names; the man with the most votes would be the president, and the second-place finisher was a vice president. Then, who picked the electors? That was left up to the states where six of them left the people to decide or at least white men over twenty-one who owned land. In New Jersey, some women voted, and then that right was taken away from them. In the other states, the legislators picked the electors. At that time, many people thought democracy was one step away from a mob rule and a decision this important should be left to wiser men. These electors then voted for the president. All the states had to do was get their votes in on time.

There were glitches; only ten of thirteen states voted. Rhode Island and North Carolina didn’t ratify the constitution and couldn’t vote. New York ended up missing the deadline. When the votes were tallied, it was a unanimous and easy decision. George Washington won & John Adams trailed far behind, finishing second and becoming the vice president.

This was the original system written when America was inhabited and controlled by almost identical groups of landowners where there was no diversity and no complexities. That was then. Now is a different story.

Today, America is known for its diverse family backgrounds. Most American families have immigrant roots from their ancestors, or with some being the first generation American-born citizens from immigrant families. Today, America hosts the entire world’s diversity, sexual orientations, various beliefs, colors, and races. These are people with varied interests and will most likely disagree with several points a political party is campaigning for.

It is surprising how many minority groups are being left out and essentially have no say in how political decisions might affect the country they live in, consequently allowing the division gap to widen.

The only way to break this destructive stalemate is to break the electoral and two-party system that sustains and reinforces it. The United States is divided because, in winner-take-all plurality elections, third parties can’t emerge. And even if Americans agree on wanting a third party, few are willing to gamble on an alternative for fear of wasting their vote. Nor can Americans agree on which the third party they would want, either. The United States would need five or six parties to represent the true ideological diversity of the country.

All else equal, modest multiparty democracies (with three to seven parties) perform better than two-party democracies. Such a party system regularizes cross-partisan compromise and coalition building. Since parties need to work together to govern, more viewpoints are likely to be considered. The resulting policies are more likely to be broadly inclusive and broadly legitimate, making voters happier with the outcomes.

U.S. democracy faces many challenges. But the core problem is a two-party system that has divided the country into two distinct parties representing two competing visions of national identity, with no middle ground, and a political system that requires broad compromise to do anything. Until we solve this fundamental issue, we’re just tugging at the knotted ends of a tangled spool while the clock ticks and this world’s future hang in the balance.

Mona Lou is a cultural intelligence coach and consultant. She assists organizations to understand and leverage cultural awareness and diversity to successfully position their business in the global marketplace. Learn more at MonaLou.net