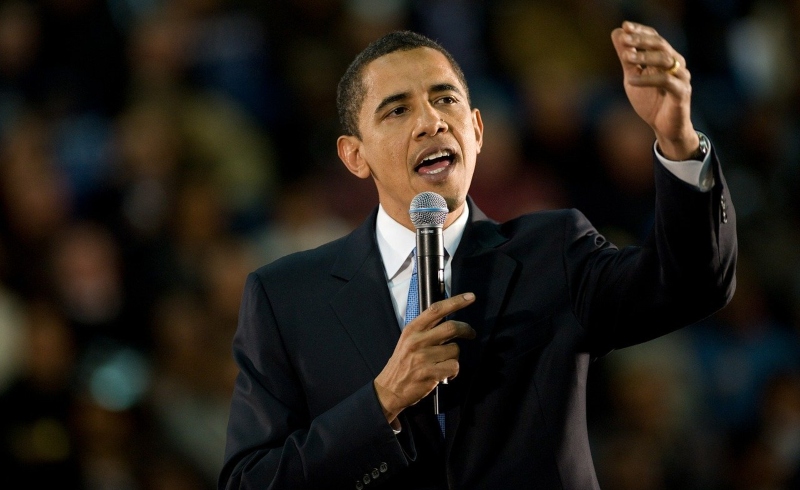 —
As the USA wages a life and death battle against the skyrocketing spread of novel coronavirus, the critical importance of preserving Obamacare is more relevant today than ever. This is particularly true as more litigation to cripple the landmark law is pending at the Supreme Court.

In case you missed it, March 23, 2020 marked the 10-year anniversary of the Affordable Care Act (ACA), more commonly known as Obamacare. The ACA signifies one of the most groundbreaking and comprehensive healthcare laws in American history, along with Medicare and Medicaid.

Millions of Americans rely on Obamacare to mitigate major medical ailments for which they previously lacked affordable healthcare.

It was one decade ago this week when President Obama heroically signed the ACA into law. And let’s face it: America has been better off because of the sweeping statute, especially now as we fight a global pandemic.

Obamacare finally provided broad-based healthcare coverage to tens of millions of vulnerable Americans who had been locked out of the private system because of their socioeconomic status or preexisting conditions.

Despite its success, Obamacare remains the target of relentless partisan attacks and endless litigation. Republicans have done everything possible to kill Obamacare or eliminate significant parts of it.

But why do conservative politicians and other opponents of Obamacare still seek to eliminate access to affordable healthcare for millions of previously uninsured Americans, including middle class working families whom the GOP and President Trump purport to represent?

The answer: there is no good answer for Republican recalcitrance.

The likely explanations for Republicans’ never-ending war on Obamacare are twofold (or more):

Thus as we observe the 10-year anniversary of Obamacare, it’s worth looking beyond partisan politics to consider its moral implications, in addition to assessing the practical impact for millions of low-income and indigent Americans.

Let’s likewise remember that some lower-middle-class Americans also lacked affordable health insurance prior to Obamacare. These hard-working and patriotic taxpayers had also been shut out of the private healthcare system for decades because of corporate greed.

Health security should be considered a fundamental freedom for every American, regardless of their underlying medical conditions, socioeconomic status or other discriminatory factors.

Ten years ago today, I signed the Affordable Care Act into law. It protected preexisting conditions, cut the uninsured rate in half, and lots more. But it’s still under political attack right when we need care the most. We have to protect it, build on it, until we cover everyone. pic.twitter.com/zz2v3DzMgq

Regardless of politics and policy, you should consider the moral reasons why access to affordable healthcare is a basic human right in the 21st century high-tech Information Age.

The core American values of fundamental fairness and equality are enshrined in the Declaration of Independence and the Constitution.

With the coronavirus pandemic plaguing the world, access to healthcare in the world’s most prominent democracy is central to the attainment of “life, liberty and the pursuit of happiness” — which is impossible for those who are gravely ill, or dead, based on no affordable healthcare coverage.

America is still the greatest nation on the planet because of our noble principles of safeguarding civil and human rights for all citizens.

Chief among these safeguards is not only the nation’s collective health and wellness, but also that of each individual.

That’s why healthcare access should never be restricted to only the rich and privileged ruling class, which is commonplace from autocratic and communist countries to banana republics across the globe.

Yet prior to Obamacare, tens of millions of Americans were deprived of basic healthcare, including those with severe and chronic illness. This scarcity of health security had been an American tragedy for too long.

For those downtrodden Americans without healthcare, the ACA represented the very freedom necessary to live an independent and fruitful life. To wit:

Opponents of Obamacare, who claim it’s a personal infringement, should first think about all the downtrodden American taxpayers forced to live in despair for decades with no healthcare availability.

Yet some detractors of Obamacare still claim that their individual and constitutional rights are being trampled upon at the expense of another government mandate, one for which they don’t want to pay.

But I’ll bet those vacuous voices who continue to castigate Obamacare have always enjoyed generous health benefits. Let’s also remember that medical care for the uninsured, including expensive hospital visits, is reflected in inflated prices and premiums for the rest of the insured population.

We all pay for healthcare, or lack thereof, in one way or another.

Prior to Obamacare, steep annual premium hikes were the norm despite a lackluster economy slowly rebounding from The Great Recession.

As The New York Times notes (article above):

Denying affordable healthcare to citizens who need it most is both economically irresponsible and morally indefensible for the collective health of America.

America has always had an inherent responsibility to provide for the general welfare of its citizens.

That’s why we should universally condemn the politically calculated efforts of the past decade by Republicans to demonize Obamacare.

Ditto that for the GOP’s blatant contempt for President Obama, who clearly displayed the tenacity and leadership to make the groundbreaking healthcare law a reality — following so many decades of failure by the Washington elites and lobbyists.

It’s too bad the current occupant of the Oval Office is bereft of the vital leadership traits which Obama so boldly displayed.

The Supreme Court also deserves accolades for deciding to largely uphold Obamacare as a matter of constitutional law, at least so far. Nevertheless, there’s still pending litigation before the high court to strip the poor and middle class of the valuable and life-saving health insurance obtained through Obamacare.

Additionally, if President Trump and Republicans in Congress had their way, affordable healthcare would be a privilege reserved only for the wealthiest among us.

That’s why opponents of Obamacare should also ponder these questions:

Slavitt also points out how the coronavirus has magnified the necessity of affordable healthcare amid an ongoing pandemic.

If Obamacare needs repair then Congress should mend it, don’t end it — that would be foolish in terms of public policy, practicality, and political viability.

Final Thoughts
Prior to Obamacare, only government workers and some private-sector employees were fortunate enough to have comprehensive employer-provided healthcare benefits.

Meanwhile, millions of uninsured Americans, many with preexisting conditions, were left withering on the vine of healthcare insecurity.

This previously uninsured and under-insured group, largely comprised of indigent Americans struggling to survive, desperately needed affordable healthcare coverage. In fact, you may have known some of these people, who included your neighbors, friends, family, co-workers and other acquaintances. Perhaps they even included you?

Obamacare was a historic and critically important step in furtherance of the fundamental freedoms at the foundation of the world’s greatest democracy. The unequivocal fact is that Obama made unprecedented progress for America by fixing our badly broken healthcare system for those Americans who needed it most.

Today, as we confront a brutal and unpredictable pandemic, there should be no second-guessing the vital necessity of access to affordable healthcare via Obamacare. The coronavirus only exemplifies this point. That’s why we owe a big debt of gratitude to Barack Obama for championing and enacting his signature legislative achievement, which benefits the health and wellness of every generation of Americans and many more to come. And Obama deserves our thanks not only on the 10th anniversary of the Affordable Care Act, but every year.